PETALING JAYA: Despite having to part with large sums of their hard-earned savings, some car owners firmly believe that having a registration plate with the “right number” is important and well worth it.

A 42-year-old entrepreneur confessed that he had to spend RM25,000 on the number plate for his first car. He has no regrets.

“My wife and my two sons also agreed with me. We believe this is the reason why I have a big bank balance now,” he said, referring to the good fortune from his previous lucky number plates on earlier cars.

Recalling his experience in getting the desired number plate for his first car, he said: “I was not doing this well back then. And I did not know much about the buying and selling process. So I went to JPJ to take a look at the numbers that were available.

“I saw a number that caught my eye but I wanted to know if they could change two digits on that series of numbers.

“As soon as I asked, an officer who was attending to me told me to wait by the side and someone else attended to me. I was brought to a room in the JPJ office where I was told to bid RM25,000 for the number.”

He did and he says his business has been flourishing since then. His latest purchase – his fourth car – caused him to almost empty out his savings for the registration number.

Numerologist Marinah Ng said every number had a different story and whether or not it suited the person depended on his date of birth.

“As much as you can have a good number, there are also bad numbers. Many people come to me, looking for ‘powerful numbers’ as they had seen it working well for others,” she said.

“Of course people also come to me to get numbers for their handphones and their houses. Actually, the most impactful number for an individual is the mobile phone number,” she claimed.

“From the time you are born, to the time you get married and everything else, it all revolves around numbers. This is because numbers are a strong factor in your life.”

Paramasivan said that he would advise his clients on numbers they should get, even if they did not ask for it.

“Sometimes people just buy a number like 888 because they feel it is a lucky number but that is not the case for everyone. It all depends on the person,” he said, adding that he once had a client who spent RM740,000 on a number plate. 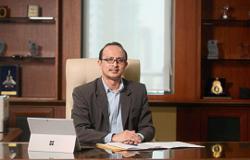