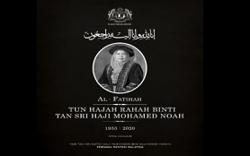 ‘I will always have memories of my father as an honest, dedicated, thrifty and humble leader who strived to improve the lives of the rural community,’ says Ahmad Johari. — CHAN TAK KONG/The Star

MALAYSIANS know him as the country’s second prime minister but for Datuk Ahmad Johari, Tun Abdul Razak Hussein will always be the man he referred to as “Daddy”.

While Tun Razak was tasked with spearheading numerous projects including the Razak Report (which formed the foundation of the Malayan education system), setting up Barisan Nasional (to replace the Alliance Party) and launching the Malaysian New Economic Policy, he never failed to spend time with his children.

“Although Dad would be home by 6pm, government officials would continue to have meetings with him in our home. In between discussions, he would check on us to see if we were okay. After watching the night news on TV, he always made time to chat with us before we went to sleep,” said Ahmad Johari in an interview.

Despite being unable to sit in for family dinners regularly, Tun Razak made it a point to have breakfast and Sunday lunches with his wife, Tun Rahah Mohammad Noah and the boys.

While a game of golf (left) was part of the family trip itinerary during their visit to Switzerland in 1970. — Photos courtesy of Datuk Ahmad Johari

“Sunday lunches were a must. It allowed us a time to bond with our parents. It was also a time Dad would enjoy eating sup kambing (mutton soup) with bread while listening to his favourite melodies including Enjit Enjit Semut, Joget Pahang and ronggeng classics.”

Regarding their studies, Tun Razak was strict and insisted the boys study hard at school.

“He paid attention to our education. He kept an eye on our results and ensured we passed our exams. Even when we were in college, he would always remind us to excel in our studies,” recalled Ahmad Johari, who pursued his lower secondary education at Malay College Kuala Kangsar before pursuing his O-Levels at Malvern College in Worcestershire, Britain.

When asked if their father had punished them for misbehaving, Ahmad Johari said: “Just one look was enough to set us right. Dad always reminded us to be humble, respect our elders and treat others equally.”

Ahmad Johari followed his father’s footsteps and read law at University of Kent in Britain and qualified as a Barrister-at-Law from Lincoln’s Inn. The 62-year-old is a lawyer and partner of a leading law firm in Malaysia.

“My dad didn’t push me to pursue a degree in law. I had initially enrolled for a degree in Economics at University of Kent but later developed an interest in law,” said Ahmad Johari.

While overseas, his father used to communicate with him through aerogramme letters.

“Back then, cell phones, text messages and the Internet didn’t exist. Despite his busy schedule, Dad would always write to my brothers and me. I really appreciated his letters from home.”

Fond memories of family holidays remain etched in Ahmad Johari’s heart. His eyes gleamed with delight as he spoke about their family trips and happy times together.

“I remember kicking a ball around with Dad in our garden and the day he proudly waved goodbye on my first day at boarding school – the same Malay College of his boyhood.

Tun Razak and Ahmad Johari catch a rare ‘father and son’ holiday in Japan in 1974.

“There were also the family holidays, playing by the sea at Port Dickson, golfing in Cameron Highlands and going for long walks along the beach at Pulau Tioman. In my teen years, Dad and I travelled to Japan, Switzerland and London,” said the father of four children, between the ages of 21 and 28.

Although it has been 40 years since Tun Razak’s demise, Ahmad Johari can never forget the day he learnt his father was suffering from leukaemia.

“My father was diagnosed in 1969 but kept it a secret from us for many years. Maybe he didn’t want us to worry. It was amazing that he continued to work till the last day,” said Ahmad Johari, who had received a suit from his father before his passing. (Tun Razak hoped his son would use it in court after qualifying from Lincoln’s Inn).

Ahmad Johari hopes Malaysians will remember his father for his good qualities. “Hopefully people will look back and recollect his positive traits. I will always have memories of him as an honest, dedicated, thrifty and humble leader who strove to improve the lives of the rural community.” 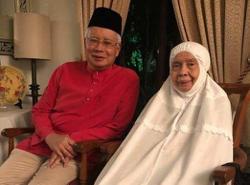