KUALA NERANG: Meliah Md Diah is 101 years old. Despite her age, she is one tough cookie, going by her mission, so late in life.

She is determined to continue taking care of her youngest son, Abdul Rahman Saud, 63, who is physically challenged.

In fact, according to the centenarian from Kampung Bukit Nambua here, as long as she is alive, she will give her best to Abdul Rahman who has not been able to speak, walk or lead a normal life.

"My son has never been a burden. Since he was a baby, I had bathed, fed and put on his clothes for him.

“I will take care of him forever. I love him, I only want to be with him," she told Bernama on Sunday.

According to Meliah, she has accepted her fate and never once regretted having a physically challenged child like Abdul Rahman.

She said she always prayed for good health and long life so that she could continue caring for her son.

Meliah's grand-niece, Siti Jaleha Yunus, 59, said her grandmother's life story was a good example of a mother's sacrifice towards her child.

She said although Meliah's memory was deteriorating due to aging, she would never forget her son's name and the daily chores she had to do for him.

"She will carry on her daily rituals dutifully, calling her son when it was time for meals or for a bath," she added.

Siti Jaleha said, together with her relatives they would take turns to check on Meliah and help her out with her cooking, including managing Abdul Rahman.

She said Meliah's husband, Saud, died more than 20 years ago and her three other children - two boys and a girl - died at a young age.

She said her grand-aunt had no income and depended entirely on the monthly assistance of RM450 from the Kedah Tithe Department and RM300 from the Social Welfare Department. - Bernama 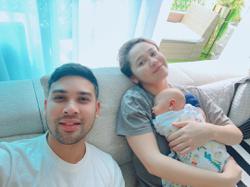