S. Hemala from Taman Birch in Ipoh died after the Proton Wira that she was travelling in collided with a Nissan Sylphy near the Kampar Giant hypermarket on Thursday.

IPOH: A 20-year-old Universiti Tunku Abdul Rahman (UTAR) student died in an accident at KM33.7 of the old trunk road in Kampar, Perak.

S. Hemala (pix) from Taman Birch in Ipoh was seated at the passenger seat of a Proton Wira driven by her friend when the car collided with a Nissan Sylphy at about 4.15pm, Thursday, near the Kampar Giant hypermarket. 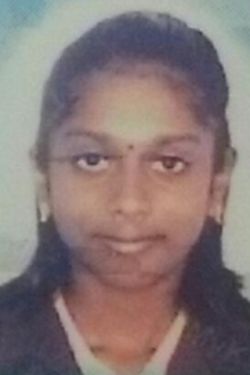 There were four other passengers, all UTAR students, in the vehicle.

The Proton Wira driver and the four students sustained light injuries, while the driver of the Nissan Sylphy escaped unhurt.

Kampar OCPD Supt Ng Kong Soon said initial investigations revealed that the traffic light near the hypermarket was not functioning at the time of the accident.

He said the Proton Wira breached the traffic light.

This resulted in the Nissan Sylphy, that was heading towards Ipoh, hitting the right side of the Proton Wira.

"Due to the impact of the crash, Hemala sustained severe injuries and died on the spot," Supt Ng added.