PETALING JAYA: There is widespread belief that 112 is the country’s most efficient emergency number as it connects mobile phone users directly to the police even without network coverage. This is not true.

The number has been promoted via SMS, group chats and social media as a lesser-known number that works better than the Malaysian Emergency Response Service (MERS) 999.

One widely circulated WhatsApp message even gave an example of how a college student called 112 from her mobile phone when a convicted rapist pulled up behind her vehicle and got immediate assistance.

MERS 999 project director Rozinah Anas clarified that 112 was an alternative emergency contact which could only be dialled from a mobile phone.

And all 112 calls would still be re-directed to the 999 Response Centres, she said, adding that both numbers did not work on mobile phones without an active SIM card.

“MERS 999 is the Government’s initiative to consolidate the emergency numbers in Malaysia into a single number for public convenience.

Before redirecting a call to the relevant emergency agency, Rozinah said the PEO would ask the caller basic questions such as the type of emergency, location, address and contact number (to verify whether the call is genuine). The emergency agency concerned might also require further details from the caller before sending help.

Although mobile phones are encoded with the emergency 112 number, calls can only be made if there is a network connection, a telecommunications industry insider said.

She said 112 was the standard emergency number globally.

“If you dial 112 in a foreign country, your call will automatically be mapped to the designated emergency number of that particular country (for example, 999 in Malaysia, 911 in the United States and 000 in Australia),” she said.

In Malaysia, an agency is appointed to take all 112 calls from mobile phones and re-route it to 999 response centres.

“Regardless of whether the mobile phone has credit, is barred, or locked, 112 can be dialled.

“Usually, there is a shortcut to dial 112 on the home screen of mobile phones,” she said.

A senior 999 response centre operator, who did not want to be identified, said the WhatsApp message about a college girl getting immediate assistance after calling 112 was a hoax.

“We checked and there was no such call recorded. Fake messages like this are being circulated from time to time.

“They are misleading the public,” she said.

Urging the public not to abuse emergency numbers, Rozinah said lives were at stake.

She said the three MERS 999 response centres – in Kuala Lumpur, Malacca and Kuching – received more than 25.5 million calls last year but only 2% of them were genuine emergencies.

Sixty-seven per cent or more than 17 million were “silent calls”.

She, however, said the number of prank calls (with full emergency “information” given) was minimal.

“On average, we received 70,000 calls daily from 2014. The response centres connected 25% of the genuine calls to the police and 20% to the Fire and Rescue Department,” she said.

Another 999 operator, who declined to be named, said some crank callers just wanted to flirt.

“We politely advise them to hang up,” he said, adding that crank calls were usually made by kids and those who wanted to main-main (fool around). Nearly half of Taiwan teens involved in cyberbullying 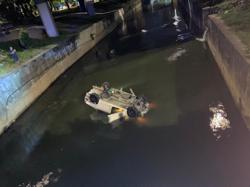