Nothing much has changed in Gomes’ home

PETALING JAYA: If MH370 in-flight supervisor Patrick Fran­cis Gomes miraculously found his way home, he would find that nothing in his single-storey bungalow has really changed since he left.

His shorts hang unwashed on the post of his bed. His flight uniform in the cupboard has still not been ironed. On the bedroom cabinet, Gomes’ dented wedding ring and mother’s chain lay coiled around a glass statue of Mother Mary.

Outside, Gomes’ leather shoes with the words “property of Malaysia Airlines” has grown mouldy, sitting untouched atop the shoe box it came in. In the kitchen, his flight schedule for March 2014 is still stuck on the fridge with a magnet.

In the bathroom, the 55-year-old’s razor and toothbrush are left undisturbed in his medicine cabinet, just as he had left them before he took a taxi to the KL International Airport (KLIA) a year ago today.

His family, now under the wing of his wife Jacquita Gonzales, has tried to return life to normalcy but it is the little memories of Gomes around the house that remind them that things are still not okay.

“Everywhere I go, I still see Patrick. I haven’t put any of his things away or changed anything. The plastic flowers he bought are still on the piano.

“Look, the curtain rail he put up there is still senget (slanting),” Gonzales said, pointing to the brown striped curtains across her living room, which she said tilted slightly to the left.

“I can’t let them go, because I still don’t know what has happened,” said the mother of four.

Gonzales has kept herself busy since March 8 last year, devoting much of her time to school and ensuring her children’s wellbeing and finances if anything happens to her.

In the media, she has become the unwitting voice of the MH370 next of kin and lovingly referred to as a matriarch by some of the next of kin.

“Sometimes I find myself crying alone in my car, just saying ‘sorry’. Sorry that I did not take him to the airport that night. Sorry that I was not the perfect wife.

“I’d dial his phone too, hoping that he would pick up. When it goes to voicemail, I’d just talk to him like normal. I’d say, ‘there’s a lot of work to be done at home, so come back’.

“People ask me how I feel and I would tell them I am fine. But really I am not. 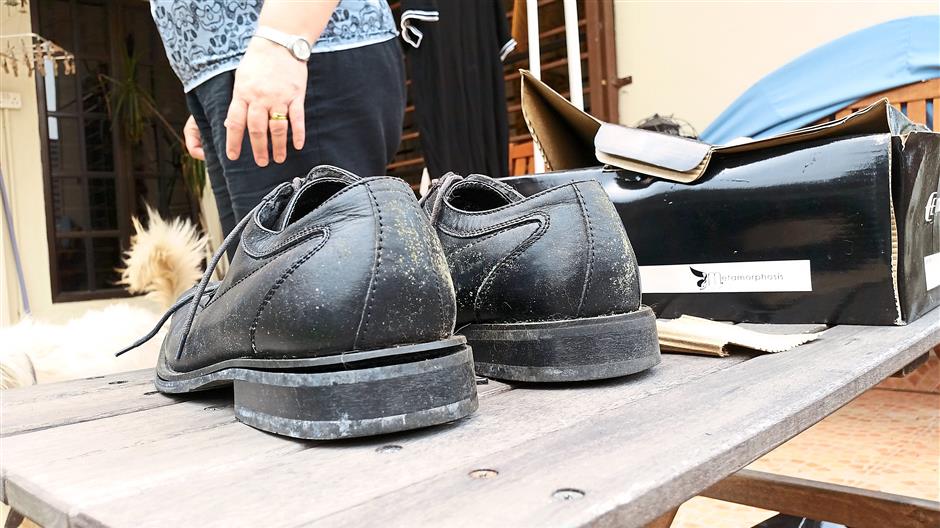 Gomes’ shoes lay untouched outside his home and has started to get mouldy.

“Some think that I should have moved on by now after a year but how can I, when I don’t know what has happened?” Gonzales choked, her composure cracking as she wiped away tears.

She stayed silent for awhile, staring at the ground before continuing that the tragedy had a silver lining and had brought her family closer together.

“If he is really gone, and they show proof of it, even if it’s a finger with his DNA, then I can accept it. He just needs to come home. His soul cannot keep wandering. He needs to be sent off properly.”