RCI report: Who are the illegals?

Daily commute: Some immigrants from Pulau Gaya arriving at the jetty in Kota Kinabalu.

MOST workers called by the RCI had entered Sabah illegally due to war and hardship between 1970s and 2000s. Most hold various immigration documents and identity cards of varying status with some even having voted in the elections.

Self-employed part-time Bajau Filipino fisherman who has been in Sabah for over 40 years.

Entered Sabah illegally without any documents in 1971 but now holds a MyKad with code 12, which means he was born in Sabah although it states he was born in Tawi-Tawi, Philippines. He has voted three times.

A contractor who entered Sabah illegally in 1973 but was issued a travel pass and subsequently an IMM13 pass issued by the Immigration Department. In 2004 he applied for and was issued a red permanent resident’s IC in 2010. He was also appointed head of the Federal Special Task Force and married Sabahan with a blue MyKad, but his three children are IMM13 pass holders although they were born in Sabah and have birth certificates.

A cook in Inanam. He was an immigrant from India who entered Malaysia in 1980 by way of Labuan and then Kota Kinabalu, In 1987, he was approached by several people who helped him get a blue IC with six digits. He admitted getting the IC without any supporting birth certificate or citizenship documents. In 1994, he was issued a Malaysian passport. He now holds a MyPR card and is entitled to apply for citizenship in 2017. He has six children with birth certificates and MyPR cards.

Was an illegal immigrant from Pakistan and came to Sabah in 1987. He was offered by a Pakistani and some others to change his Pakistani passport for a Malaysian IC in 1988. He was taken to the Tawau NRD and filled in a form and gave his thumbprint. He obtained a blue IC in 1989 which he later changed to a high quality IC stating Sabah as his state of birth. He now has a MyKad and has voted four to five times in the election. Since coming to Sabah, he has visited Pakistan using a Malaysian passport. He has an Indonesian wife and two children with birth certificates.

A Bajau-Ubian holding a blue MyKad. He entered Sabah illegally in 1975. He attended a gathering by a census officer and was asked to fill up some forms and had his thumbprint and photograph taken. He was later issued a blue IC and then exchanged it for a high security feature IC issued by the NRD in Sabah, He now holds a MyKad. Has voted on four occasions.

Born in Semporna in 1963 and arrived with parents from Tawi-Tawi, Philippines. They first landed in Telipoik and then Pulau Gaya.

He said he was assisted when Berjaya was in power in Sabah to get an IC without supporting documents. He now holds the latest MyKad.

A tailor born in Mindanoa, Suluk in 1960. He entered Sabah illegally in 1976 via speedboat through Kudat. Initially held IMM13 pass. Later obtained Malaysian blue IC with a declaration that he was born in Pulau Banggi, Kudat. He has a Malaysian driving license and passport. He registered as a voter and has voted in Sabah, He said he has been the secretary of an Umno branch for 10 years.

Born in Zamboanga, Mindanao in 1966, he is a Muslim Bajau/Suluk who came to Sabah in 1976 with his parents in a boat from Semporna. He holds an IMM13 document and married to a Filipino with 12 children. In 2005, he applied for MyPR card. Still awaiting the outcome.

Was born in Timor Leste in 1958 and entered Sabah illegally in 1990 via Tawau. In 1989, he said he obtained his IC under tha name of Latif Kabang after losing his Indonesan passport. He does not know why his name was changed to Berahim Abdullah in the blue IC issued by the NRD which also stated that he was born in Sabah, He has changed IC on several occasions without any problems and currently holds the latest MyKad. Registered as a voter in 1990. Has since voted four times.

A construction worker born on Ubian Island, Philippines in 1958. Came to Sabah at 14 via Semporna. He claimed he obtained his IC via a third party after filling in some forms, having his photograph and thumbprint taken. He faked a declaration of his birth place to be Kampung Simunul, Semporna. He subsequently obtained a MyKad and in 2013 changed it to the latest MyKad. He is a registered voter. 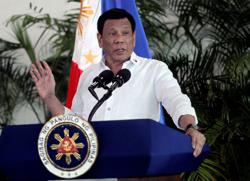