PETALING JAYA: The first ever “I want to touch a dog” programme aimed at helping people, particularly Muslims to overcome their fear of dogs, may have been declared a success by its organisers, but it has also been criticised by Islamic scholars.

They said that while touching a dog is allowed in Islam under certain circumstances, they questioned the need for the campaign and its purpose.

The Islamic Development Department (Jakim) has also promised to conduct a probe on the programme.

The event held at Central Park in Bandar Utama near here on Sunday was also held to encourage people to be compassionate towards dogs.

It is said to have received the blessing of the Selangor Islamic Council, but Selangor Mufti Datuk Setia Mohd Tamyes Abd Wahid yesterday declared that it was of no benefit to Muslims.

Mohd Tamyes said that while dogs should be treated humanely as they are also God’s creatures, events such as the one held on Sunday did not bring any benefit to Muslims in the country. 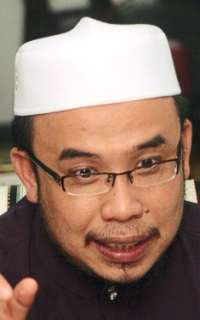 “Muslims can own dogs only in three instances – to help in hunting, to guard one’s property, and to help law enforcement agencies (in tasks such as sniffing out drugs and bombs),” he said.

He added that the organisers of the event had failed to highlight these facts.

The event attracted over 800 people, over half of them Muslims, including children. Many who came took the opportunity to touch and pet the dogs of various breeds, including chow chow, husky, German Shepherd and poodle, that were brought to the event by their owners.

Volunteers at the event also demonstrated how the cleansing process, called sertu or samak which involves washing the affected area six times with clean water and once with earth, is done.

Jakim director-general Datuk Othman Mustapha said the campaign was conducted openly, including for Muslims, without a good reason.

He feared that the organisers might have a hidden agenda and saw it as trying to create a new culture that could lead to insulting Islam.

“Jakim will investigate the matter immediately and any action will be referred to the existing provisions,” he added.

Popular freelance preacher Mohd Kazim Elias has accused the organisers of trying to legalise something that was clearly haram (forbidden) in Islam.

In his Facebook posting yesterday, Mohd Kazim claimed the event was also a subtle way by certain people to liberalise and pluralise Islam.

“Muslims cannot, for no reason, touch dogs. What is the purpose of having a programme to encourage Muslims to touch dogs? They are considered unclean (najis mugahalazah), the same as pig,” he said.

Perlis former mufti Dr Mohd Asri Zainul Abidin in his latest Facebook posting, however, said it was shallow thinking to say that touching a dog is haram.

“There are those who say it is forbidden to touch dogs because they are unclean.

“If that is so, then it is also forbidden for a person to touch their own faeces or that of their children,” he said without making any reference to the programme.

Sisters in Islam has also expressed support for the event saying it was a good initiative that allowed people to overcome their fears of dogs and helped nurture compassion for God’s creatures.

Its programme manager Suri Kempe said prejudice and hatred were the result of the fear of the unknown, and in the case of dogs, it has manifested itself in the frequent reports of dogs being abused, sometimes in the most extreme ways.

“The fact that hundreds of people showed up simply goes to show that this event resonated with people and that there is a thirst to reach out and know more about dogs, among both Muslims and non-Muslims,” she said.