KOTA KINABALU: Businessman Micheal Chia who was involved in a RM2.5mil attempted cheating case 10 years ago has been sentenced to a year's jail plus one stroke of the rotan.

Sandakan Sessions Court judge Elsie Primus when delivering the sentence on Wednesday said that Chia was found guilty of attempted cheating and had failed to raise reasonable doubt in his case.

She said a witness to the case had told the court that Chia had asked for money from him (witness) for the issuance of a logging approval form, saying that the money was for Umno's political fund.

However, the witness confirmed that Umno had never requested for such a political fund.

The Sessions Court, however, allowed the defence counsel's application to stay the decision pending appeal at the High Court.

Chia was charged for attempting to cheat Datuk Agus Hassan of Syarikat Pelumas Sdn Bhd on June 2004 into believing that there were three requirements that were needed for the approval for a timber operation at the Kalabakan Forest Reserve in Sabah.

The three alleged requirements were:

1) To return the timber purchasing right amounting 100, 000 cubic meter which was signed on May 25, 2004 to two subsidiary companies of the Sabah Foundation - Rakyat Berjaya Sdn Bhd and Innoprise Corporation Sdn Bhd.

2) To pay an alleged political fund amounting RM3 million to Umno Sabah, and

3) To pay a RM25 per cubic meter commission for each meter of timber produced by Syarikat Pelumas Sdn Bhd at the Gunung Rara Forest Reserve. 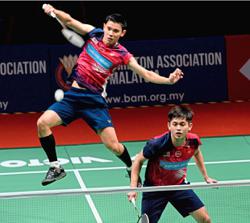