Cord blood banking is becoming popular among Malaysian parents but is it really necessary?

IT was during one of her routine check-ups, while pregnant with her first child, that Amy Lim (not her real name) noticed the banners promoting umbilical cord blood (UCB) banking.

“My husband and I got curious, so we called up the company to inquire about the services offered.

“We wanted to know the benefits of storing our baby’s cord blood, and whether the stem cells (from the blood) would still be viable years down the road,” says 38-year-old Lim, a senior finance manager.

Satisfied with the answers they received, Lim and her husband decided to sign up for a package to privately store their daughter’s cord blood. That was seven years ago.

When her second daughter arrived four years ago, Lim decided it was not necessary to repeat the process.

“The cord blood can be used for siblings as well, so we didn’t think it was necessary to store for both… but we’re glad we did it with our first child because we believe it would benefit our children.

“With medical advancements, should they need it in future, at least we have it… you know, just in case,” Lim says.

Lim is not alone.

In the last decade, private cord blood banking has gained popularity in Malaysia, with many parents preferring to err on the side of caution.

What is UCB banking?

Essentially, it’s the preserving and storing of blood taken from a baby’s umbilical cord, a rich source of haematopoietic stem cells (HSCs), right after birth.

Companies offering such services claim that the preserved stem cells – which can be later used in the event of an unforeseen illness – are “the best gift you can give to your baby”.

“After a baby is delivered, the doctor will clamp and cut the umbilical cord. A needle will then be inserted into the cord (the part attached to the placenta), and the blood will flow from the vein into a blood bag,” StemLife Bhd managing director Datuk Sharon Low explains.

“The collection is usually done by the doctor. Once that is done, our logistics team will pick up the blood bag. It will be transported through a special chain of custody to our facility where the stem cells will be separated from the blood, and stored in liquid nitrogen (at -196°C). That’s the broad outline of the process.”

StemLife, one of the several companies in Malaysia offering private UCB banking, currently has over 45,000 clients.

“Our contract with our clients lasts for 20 years – not because the stem cells expire, but that’s the age when the child reaches maturity, so they have the option of renewing the contract under their own name or leaving it in their parents’ name,” Low explains.

Another company offering such services,CryoCord Sdn Bhd has over 35,000 clients. The firm also offers storage for mesenchymal stem cells (MSCs) but this article will be limited to the discussion of HSCs only.

Both StemLife and CryoCord charge RM2,500 for an upfront enrolment fee (which covers the collection kit, processing, testing and first year of storage), and an annual storage fee of RM250.

Parents will have to bring the collection kit when they go to the hospital for delivery.

What are the advantages of UCB banking?

“If you are ever in need of blood for blood-related disorders, the best blood is your own. Any time you are using someone else’s blood, you will need to be on immunosuppressant drugs to minimise rejection.

“In cases of cancerous blood disorders such as leukaemia or lymphoma, the cord blood can be used to prolong the remission of the disease. But the best use would be for non-cancerous disorders of the blood, like thalassemia major. It’s curative via a cell transplant using a matched donor, and the best chance of a match is that of your own sibling,” he says.

Prof Aw adds that one benefit of cord blood is that it can tolerate a slight mismatch.

“The donor and recipient need not be a perfect match,” he says.

There are also current clinical trials into the usage of cord blood in cases of cerebral palsy.

StemLife has had 13 cases of cord blood transplants since 2004, to treat cases of thalassemia major, leukaemia, cerebral palsy and brain injury.

CryoCord has had three cases since 2006, to treat thalassemia major, leukaemia and cerebral palsy.

May Pan, CryoCord’s senior sales manager, says UCB banking is a “once in a lifetime opportunity to keep your baby’s stem cells”.

“No one can say for certain what disease you may get. This is just a form of insurance… to give you peace of mind for your children. If you miss the boat, that’s it,” sheclaims.

The potential from UCB banking sounds promising, but the industry has its critics.

One argument by doctors is that the chances of actually ever needing the cord blood are extremely low.

In an article titled “Storing Cord Blood” published by The Star, consultant haematologist Dr Ng Soo Chin said that “the probability that the average child will require a transplant of her own stem cells before age 20 has been estimated as 4 in 10,000 (0.04%). Current estimates place the chances of a child needing to use his or her own cord blood sample at somewhere between 1 in 1,000 and 1 in 200,000”.

He added that what most private banks fail to tell parents is that the amount of stem cells harvested in the UCB “will fall short of the minimum number required for stem cell or bone marrow transplant if the child grows up to more than 100lbs (45kg)”.

On average, he said, a cord blood sample “contains 8.6 million nucleated cells per millilitre, and a successful transplant requires harvesting one millilitre of cord blood per pound of patient weight”.

Another consultant haematologist in the private practice (who declined to be named) concurs with Dr Ng’s views.

“In a scenario where a child develops leukaemia and his parents had had his cord blood stored when he was born, the doctors will still not use the baby’s cord blood, because it’s not a good transplant for leukaemia.

“The transplant works by having a graft-versus-leukaemia effect, and this effect is only present when the stem cell source is another individual. It is preferable to use marrow from a matched donor (sibling for example). Using your own stem cells won’t work as well, which makes his own cord blood redundant,” he explains.

He adds that if there are no matches available from siblings, the usual process would be to search at the Malaysian Marrow Donor Registry.

“If there is still no available match there, then we can search in the registries in Singapore, Taiwan, Hong Kong and other countries,” he says.

However, he adds that should there be another family member with a blood related disease – leukaemia, lymphoma, aplastic anaemia, sickle cell anaemia, Krabbe disease, or thalassemia – “then there is some justification for privately storing cord blood”.

“But if there is no history of blood disorder in the family, then the odds of actually using the cord blood within the same family is really, really small,” he says.

“There are practical concerns about the mother and baby’s health, as the collection has to be done in the third stage of labour, when both mother and baby require one-to-one care.

“Doctors have a legal and ethical obligation to make the child birth as safe as possible for mother and baby. In the event of complications, priority must be for the mother and child, and not for collecting the cord blood,” he says.

He also raises the question of the legal and ethical implications of privately storing cord blood.

“When a baby is born and until he is 18 years old, the parents are the ones who act on behalf of the child. Now if a child has had his cord blood stored privately, the question arises as to who has control over the blood? Is it the parent or the child?

“It’s not a problem if the cord blood ends up being used for the donor himself, that’s fair. But what if the cord blood is used for a sibling, relative or friend? Who makes the decision? These are questions that perhaps people may not have really thought about,” he says.

Instead of storing the UCB in a private bank, Dr Lum urges parents to consider donating their child’s cord blood to a public cord blood bank – where families in need can search for a potential match there.

“We already have a Cord Blood Unit at the National Blood Bank, although it’s not very popular because Malaysians are not used to the idea of donating their baby’s cord blood.

He adds that doctors and the Health Ministry should work to promote the public cord blood bank here.

“In Malaysia, we have between 450,000 to 500,000 babies born every year. If 10% of those families are willing to donate their baby’s cord blood to the cord blood bank, that will already be 45,000 samples in the public bank (for potential matching for families in need) in just one year.”

Dr Lum says the majority of the medical fraternity are neither for nor against private cord blood banking.

“Don’t get me wrong, it’s not that we’re against them. But parents need to weigh the benefits against the chances of them actually needing it. At this point in time, the benefits are only in cases of inherited blood conditions as other benefits are still in the realm of clinical trials.

“Five or 10 years down the road, if there is evidence that cord blood can really help in treatment of more conditions, then of course, opinions might change. After all, we practise evidence-based medicine.”

What’s important, he concludes, is that parents are given the whole picture so that they can make informed choices.

“If they still choose private cord blood banking after knowing all the options, then by all means, go ahead,” he says. 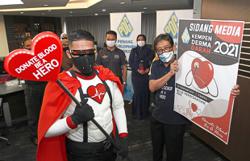 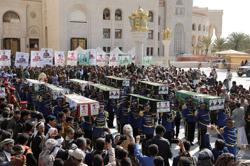