Is Hang Tuah fact or fiction? 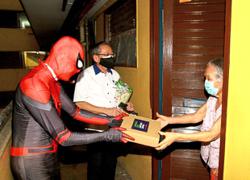 The historical status of Hang Tuah is now the subject of debate in Malaysian circles.

ASK Malaysians what they think of Hang Tuah and most would probably say they see him as a real figure/hero who was an integral part of the history of Malacca in particular and Malaysia in general.

While there always seem to be questions about his ethnicity and origin, there seems to be a general belief that he was a real warrior who displayed virtues of bravery and loyalty to his king.

In fact Hang Tuah seems to be more ingrained in the memory of those who studied local history than any of the past Sultans of Malacca. His mausoleum is supposedly in Tanjung Kling while a well associated with him is in Kampung Duyung. And Hang Tuah supposedly grew up in Kampung Duyung, where there are families who claim to be his descendants.

So when historian Emeritus Prof Tan Sri Khoo Kay Khim said last week that there was no written record of Princess Hang Li Po, Hang Tuah and Hang Jebat and the stories that have made it into the history books are just myths, he opened a can of worms.

Overnight, the issue became one of the hottest topics in both the mainstream media and social networking sites such as Facebook and Twitter as Malaysians came out to debate it.

There were those who felt “betrayed” and asked if everything else they had learnt in History was false and mythical as well.

Twitter user Imran Syed Jaffar said it was pathetic that some Malaysians were arguing about Hang Tuah's authenticity. “Even Indonesians acknowledge his existence. (Is this an) effort to discredit Malay history?”

In previous history textbooks, the story of Hang Tuah and his friends was given great prominence. In the current Form One History textbook, however, Hang Tuah is mentioned only in passing as a Laksamana (Admiral) and a brave warrior. There is no mention of Hang Li Po and the other Malacca warriors.

So is Hang Tuah a man or a myth? A fact or a fable? Reality or fiction?

Hang Tuah, who is said to have sworn that “Tak Melayu hilang di dunia” (Malays will never vanish from the earth), is mentioned in the semi-historical Sejarah Melayu (Malay Annals) and the Hikayat Hang Tuah.

Saying that Khoo is entitled to his opinion, Prof Datuk Dr Yusoff Hashim, vice-chancellor of the Malacca Islamic University College (KUIM), is steadfast in his belief that Hang Tuah was a historical figure. He points out that Hang Tuah is mentioned in 19 of the 28 chapters in Sejarah Melayu.

Dr Yusoff suspects the reason behind why some people don't believe in Hang Tuah is the embellishment of stories about him especially in the Hikayat Hang Tuah where the warrior is described as having super-human and mystical powers.

“The story has been made (so) flowery that the real essence of the figure is lost. He has been glorified too much that he became mystical or legendary,” says the historian.

It doesn't help that his story has been immortalised in films, as in the 1957 movie Hang Tuah with Tan Sri P. Ramlee playing the role, and in the 2004 Puteri Gunung Ledang with singer-songwriter Datuk M. Nasir as Hang Tuah.

Khoo has actually said that views on Hang Tuah were influenced greatly by public perception and not by actual facts.

“We get our view of what Hang Tuah was like from movies portrayed by the late P. Ramlee to the extent that even a painting of the legendary figure at the National Museum bore resemblance to the actor,” he has been quoted as saying.

Historian Dr Ranjit Singh Malhi says he understands Khoo's concerns and agrees that myths should not be included in History textbooks.

Without really committing his view on whether Hang Tuah existed or not, Dr Ranjit points out that the Sejarah Melayu, despite being littered with numerous myths, is regarded by certain leading historians including O. W. Wolters and C. Mary Turnbull as a useful historical work.

He says that even Encyclopaedia Britannica considers Sejarah Melayu as one of the finest literary and historical works in the Malay language concerning the Sultanate of Malacca.

But he himself has doubts about the existence of Hang Li Po, saying that there is no mention of her in the Ming Dynasty Chinese records.

The Sejarah Melayu mentions Sultan Mansur Syah dispatching Tun Perpateh Puteh on a mission to China and that he returned with a Chinese princess (Hang Li Po) as wife for Mansur Syah and many Chinese followers who settled at Bukit China, Dr Ranjit says.

But, he adds, “We need to ascertain whether this is a historical fact or a mere myth to show the greatness of the Malaccan rulers.”

Josephine Chua, 55, who lives in Malacca and is particularly interested in the history of the state since her ancestors arrived there in 1765, reckons the issue of Hang Tuah and his friends is not that important in nation building or the history of the country.

Instead she believes the Sultans of Malacca had a more important role to play.

Having read both the Sejarah Melayu and Hikayat Hang Tuah, Chua thinks they are more a compilation of stories rather than history books.

She says she has read several versions of the Sejarah Melayu (it is known that there are more than 20 versions) and believes there are too many inconsistencies among the different versions. When pressed if she believes that Hang Tuah existed, she uses the word “legendary”.

“It's very tricky because it's been in our schoolbooks. It might be something that needs to be looked into,” she says, adding that Hang Jebat was more of a hero to her than Hang Tuah.

As for Hang Li Po, Chua doubts that the Chinese would have allowed any of their princesses to become the fifth wife or a concubine of a Sultan.

Tunku Abidin Muhriz, president of think tank IDEAS, believes there were possibly several individuals whose deeds became known in time as the deeds of Hang Tuah.

He believes this is quite a normal way for myths and legends to come into being and evolve.

“I have seen conflicting evidence of the existence of a single person called Hang Tuah, but I think the imagery and symbolism of the story can have many positive applications,” he replies in an e-mail interview.

He points out that the legend itself contains important themes such as loyalty, friendship and love, and that it allows us a glimpse into the political institutions of the past.

He believes that while it seems implausible that Hang Tuah did everything he purportedly did, these acts have been part of Malay folklore for a long time and it is only recently that academic doubts have been cast.

“I hypothesise that the story of Hang Tuah much like the stories of the English figures of Robin Hood or Sir Lancelot (at least according to some) was based on an actual individual, but other stories of heroism were combined and enhanced to make the stories more interesting and inspirational,” he says.

“Also, despite what some purists might say, learning about myths and legends in general may actually inspire young Malaysians to learn about real history later on,” adds Tunku Abidin.

Political scientist and historian Dr Farish A. Noor, who labels the whole debate as silly, believes it is irrelevant if Hang Tuah existed or not. While he agrees with Khoo, Dr Farish says the role Hang Tuah played in the shaping of political and social consciousness in Malaysia is more important.

“He is powerful in the sense that people turn to myths on how to live out their lives as there are certain models of behaviour. There are debates on who is the real hero Hang Tuah or Hang Jebat for instance,” he says.

Dr Farish also points out that at the end of Hikayat Hang Tuah, the warrior renounces politics and power to opt for salvation.

“He is not a Malay supremacist, if anything, but a wandering diplomat who had no sense of superiority or arrogance towards others,” he says, explaining that in the second part of Hikayat Hang Tuah, the current subject of controversy travelled to different parts of the world such as India, China and Turkey to embrace their cultures.

In a note later posted on Facebook, Dr Farish says that Hikayat Hang Tuah ought to be taught in our schools but only if it is taught in full and that equal emphasis is given to the development of the character who eventually becomes a universal figure, standing above narrow ethnic and political loyalties, and who sees the human race as his family and the world as his home.

“What a great message that would be for a new generation of global and globalising Malaysians!” says Dr Farish. 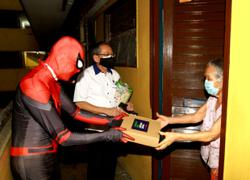