A 13-YEAR-OLD boy from Lukut has become the youngest person in the country to die of a heart attack, reported Sin Chew Daily. He collapsed and died at his tuition centre on Tuesday evening.

A team of specialists from Kuala Lumpur confirmed that Lee Zhen Siong had died of a heart attack.

One of the doctors told Zhen Siong's family that the previous youngest heart attack victim was 27 years old.

He said that Zhen Siong’s death was an unusual case.

Zhen Siong’s uncle Yu Bao said the Form One boy was larger in build compared to other boys his age.

He added that Zhen Siong complained of chest discomfort after a camping trip at the end of last month, but none of the family members had even thought that it was possible for the 13-year-old to have a heart problem.

Accidental possibilityAt first, foul play was suspected but now police say that a 26-year-old army captain, fighting for his life after suffering 80% burns, may have accidentally caused the fire.

China Press reported that Hisyamudin Sahidan is believed to have crawled out from his burning car parked in the basement of a shopping centre in Jalan Bukit Bintang early Sunday morning.

The newspaper said it was believed that a drunk Hisyamudin was smoking in his car and that the fire could have been started by a burning cigarette butt.

A soldier, in his 30s, detained by police in connection with the case was released on Tuesday evening.

Other News & Views is compiled from the vernacular newspapers (Bahasa Malaysia, Chinese and Tamil dailies). As such, stories are grouped according to the respective language/medium. Where a paragraph begins with a sub-heading, it denotes a separate news item. 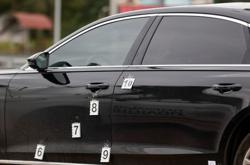 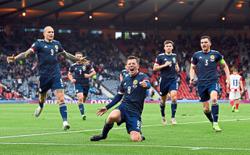