KUALA LUMPUR: From cover girl to starlet, Sari Yanti Mohamed Nazari, 23, is now set to make the “big time” in the world of glamour and entertainment.

“It is true what people say about modelling being a stepping stone to other artistic fields.

“I agree but it is not as easy as people think it is,” said the Negri Sembilan lass who graduated in Business Studies from Universiti Tenaga Nasional (Uniten).

The young model, who became an overnight celebrity after winning the cover girl contest by a local magazine two years ago, has appeared in TV commercials for Hotlink, KFC and Sunsilk.

She had her movie break in the hotrod Ahmad Idham film Impak Maksima, currently screening in the cinemas, and has been given the lead role in the TV3 drama series Kisah Kaisara which made its debut on Tuesday night.

“Initially, I was not keen to take up acting although I did not mind trying,” she told mStar, the Malay news portal of The Star.

“Moreover, I was only offered a small part in Impak Maksima,” added Sari Yanti, who plays the title role of a 15-year-old schoolgirl in the new TV series.

She added that while she would give priority to TV commercials, she would also consider future roles in TV dramas and movies.

“It’s only that I need to learn many more things to become a good actress,” she said.

Kisah Kaisara tells about the trials and tribulations of an only child raised by a single father. It also features Norman Hakim as the father.

For more on Sari Yanti and Kisah Kaisara, log on to mStar.com.my. 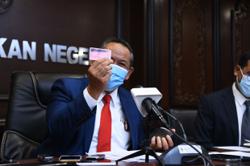