PETALING JAYA: She was just a little girl. But that did not stop some sick monster from killing her after sexually assaulting her.

Her naked body was stuffed into a sports bag and left at the staircase of a shop lot in PJS1/48 Petaling Utama yesterday.

The girl, said to be between six and nine, was initially feared to be eight-year-old Nurin Jazlin Jazimin who has been reported missing. But Nurin Jazlin’s parents, who rushed to the Hospital Kuala Lumpur mortuary, said it was not their daughter.

A supervisor with a book distributing company Cheng Yan Fang, 32, found the black-and-blue sports bag at 8.30am outside the premises. She thought the bag belonged to her employer who had just returned from Singapore.

Jack Yeoh Huat Lip, 51, the general manager of the company came in 30 minutes later and said the bag was not his.

When he opened it, he was horrified to see a pair of legs. He immediately called the police.

“Saturday was a half day and the office was closed yesterday,” Yeoh said, adding that the supervisor who left the office at 1pm on Saturday did not see anything near the staircase then.

Petaling Jaya police chief Asst Comm Arjunaidi Mohd confirmed a post mortem report that the killer had placed a cucumber and a brinjal in the girl’s private parts.

“She must have endured so much pain before she died,” he said.

Police believe the girl, whose identity has not been ascertained, had been dead for more than six hours before her body was found.

Police are appealing to those with missing daughters to call the district police headquarters here at 03-79562222. No arrest has been made yet. 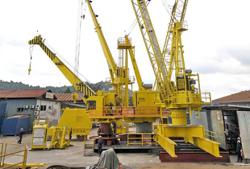 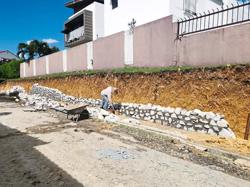