KUALA PILAH: Discard the “saya tak tahu (I don’t know)” attitude and the streets will be safer.

This pledge was made by Deputy Inspector-General of Police Tan Sri Mohd Najib Abd Aziz, who said policemen should not be solely blamed for the high crime rate in some areas, particularly Johor.

“We have cases where people witnessed a crime right before their eyes but simply refused to assist in police investigations. They just say tak tahu,” he said.

He said that under such circumstances, police often took a longer time to solve cases.

He was responding to a statement by Parliamentary Caucus on Human Rights and Good Governance chairman Datuk Seri Nazri Aziz on Sunday that police should accept criticisms levelled against the force by the public.

Mohd Najib said the fact that the police could solve 40% of all reported cases showed it was doing a good job.

“By Interpol standards, it is already considered good if a police force could solve 25% of all cases. We are close to doubling that,” he said.

Mohd Najib was speaking to reporters after opening the national-level Cadet Police Camp in Ulu Bendol near here.

He said if the people were prepared to assist the police, nine out of 10 reported cases could be easily solved. 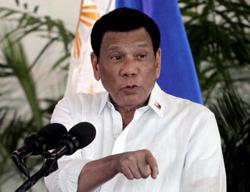 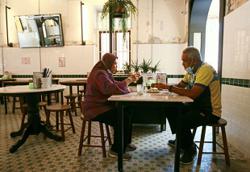