ZARQA (Jordan): Bedouin Nofa Hliyl has moved many times in the 60 years of her life but for the moment home is at the village of Kasser Alhlabat, on the fringes of the Jordanian capital Amman.

The two sons of her brother, Naif, go to school here but when the summer comes in about six months the family will be moving again, carrying their tents and other household items as well as their goats.

Their tents are made of black goat hair but there are some that are more modern and made of canvas.

The floors of their tents are strewn with plastic sheets with two or three wafer-thin mattresses. There is also a partition for the kitchen.

Kerosene lamps and fire are their source of light and when they want to wash, they heat up water using firewood.

Bedouins, being nomads, usually camp at one place for a few months.

And when they move, they dismantle and pack everything, including the goats, into battered pick-ups and drive through hundreds or thousands of kilometres of desert until they see a place where they can settle for a few months.

Met outside her tent, Nofa talked about the invasion of Iraq by the United States and its allies.

“I saw the bombings of Iraq on television in the village. Allah will help the Iraqis. May Allah protect all Muslims,” she said.

Naif said he hates the Americans for what they are doing to Iraq.

“If anything happens to the Iraqis and the people get hurt, it will make us angry,” he said.

He said they are normally poor and do not take much interest in politics although they would generally support anyone who could help them.

However, Ali Mohamad and Hrb Ahmad, Bedouins from the north, said they felt strongly against the US attacks on Iraq.

“Why is the US above the law? Germany and France were against an attack but how come they could not stop the decision of the US to go to war?” asked 77-year old Ali.

“The UN Security Council is not a council. It is a war council to decide how to attack Iraq,” he added, while drinking cups of Turkish coffee in his tent and offering them to his guests.

He said the bombs were “taking everything” – including old women and children as well as animals and plants.

On his thoughts on Saddam Hussein, Ali said he did not know if the Iraqi leader was good or right. “Only God knows that,” he said.

”What will happen there, is what Allah wants,” said Hrb, whose name in Arabic means ‘Year of war’. 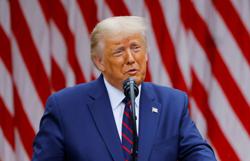 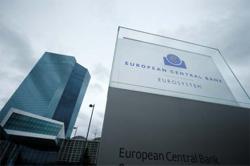