Drone wars: North Korean drones have crossed into South Korea before, like this one in 2017, but on Dec 26, 2022, one managed to get into the highly sensitive no-fly zone around South Korea’s presidential office in Seoul. — Joint Chiefs of Staff of the Republic of Korea/Agencies

IMAGINE you are on Changi Beach, Singapore, and you see a drone hovering nearby. At first sight, nothing to be alarmed about. Drones are a common sight nowadays and recreational ones can be bought online and in shopping malls.

The range of these drones in both height and distance has improved over the years. Similarly, military tech has improved by leaps and bounds in everything from micro and nano drones and small tactical drones, to medium and large-size surveillance and combat drones.

And here’s the rub: How do you guard against drones?

Can a terrorist cell fly one from the neighbouring islands, for example? And what about the risks of escalation in the event of accidents in the deployment of thousands of drones in regional flashpoints such as the Taiwan Strait or the South China Sea?

On Dec 26, South Korea scrambled jets and attack helicopters as North Korea sent five small drones over the border. One of them flew into a no-fly zone around South Korea’s presidential office in Seoul. The South Korean military could not bring down the drones, which flew over its territory for hours.

The use of hundreds of cheap commercial drones has also changed the character of the war in Ukraine, now almost into its first anniversary. Both Russia and Ukraine use small drones for around-the-clock observation of positions, artillery spotting, troop movements, and combat.

Both sides now assume that these quadcopters are “everywhere”, forcing them to change their ground combat tactics. For example, larger, armoured formations or troop movements cannot be deployed into combat areas for fear of being spotted and immediately targeted.

The mass application of drones in this conflict has deep psychological impact on the battlefield and beyond, with both sides using video drone footage of soldiers hiding in trenches in what seems like a protracted war of attrition to influence global public perception of the conflict.

However, what the drone videos from the war in Ukraine really show is that “Nintendo armies”, which are fixated solely on high-tech weapons such as stealthy fighter jets, do not matter in real wars.

The reality of a 21st century war, as shown in Ukraine – with its immense suffering and massive destruction – is that it can never be won remotely nor replicated on a computer screen or in tabletop exercises and combat simulators.

The war in Ukraine is defined by unparalleled intelligence challenges, overwhelming firepower, multidimensional frictions, and intense geopolitical pressures that defy our understanding of modern warfare.

The use of drones in combat, however, is not new. During the Vietnam War in the 1960s and 1970s, the United States military used drones to spot targets for its bombers, jam North Vietnamese radars and scatter propaganda leaflets.

Following the Vietnam War, other countries began to explore unmanned aerial technology, notably Israel. In the early 1980s, the Israeli Air Force (IAF) began developing its own “integrated” combat doctrine for the use of drones or remotely piloted vehicles on the modern battlefield.

A notable drone case is the 1982 Bekaa Valley Air War between Israel and Syria. The IAF deployed drones as decoys to “illuminate” and “fingerprint” Syrian radar signals, while collecting real-time intelligence on their positions.

The Syrians launched most of their available surface-to-air missiles at the incoming drones, mistaking them as attacking aircraft. As the Syrians reloaded their missiles, radar frequencies from the drones were relayed to the Israeli ground and airborne command posts. The information sent by the drones then guided Israeli fighter bombers to destroy the Syrian missile sites.

During the 1990s and 2000s, the US military streamlined the use of drones based on experience gained from deployments in Iraq, Afgha-nistan, Pakistan, Yemen, Libya and other conflict zones. American drones became increasingly sophisticated, weaponised and more expensive.

For example, the cost of the US-made MQ-1 Predator system – a long-endurance, medium-altitude, turboprop-powered, multimission combat drone – is around US$40mil (RM172.3mil), excluding armed payloads such as missiles and laser- guided bombs.

In the 2010s, these high-tech surveillance and combat drones became synonymous with the US military’s targeted strikes on suspected militants in Afghanistan and Pakistan, raising ethical questions when civilians were killed due to inaccurate data or their proximity to a “target”.

In contrast to sophisticated military drones such as the Predator or Reaper, mass-produced, commercially available small drones such as the Chinese-made DJIs cost less than US$1,000 (RM4,300). Small drones can be weaponised in large numbers in what is known as swarming, where groups of drones are synchronised through artificial intelligence algorithms to fight as a coherent whole by overwhelming and saturating the enemy’s defence systems.

The war in Ukraine has also showcased the effects of Iranian-made Shahed-136/131 self-detonating “kamikaze drones”, used by Russia against critical Ukrainian infrastructure and military targets. These can be bought for about US$20,000 (RM86,150) a piece.

More importantly, these drones are difficult to counter. Ukrainian fighter pilots and ground-based air defences encounter significant hurdles in searching, tracking and engaging these drones that fly at extremely low altitudes over civilian rooftops and areas, particularly at night.

All this means that the diffusion of small but deadly drones can be expected in future conflicts, as countries can now generate military power without needing to procure expensive weapons platforms and systems such as next-generation fighter jets.

Consequently, defence planners in East Asia must ask how lessons from the use of drones in the war in Ukraine can be applied to potential regional flashpoints and conflicts, such as the South China Sea, Taiwan Strait or the Korean Peninsula.

Can the South Korean military or any other major army in the region conduct combined arms operations in complex strategic environments, including countering swarms of thousands of drones, cyberattacks, intense missile strikes and intelligence “blackouts”?

Currently, many armies in East Asia, including in South Korea, Japan, and even Singapore, focus their attention on advanced military technological development and acquisition.

But modern weapons technologies alone cannot guarantee operational success. As such, key regional militaries in East Asia need to do a lot of soul-searching.

They will have to rethink their defence postures, focusing not only on the acquisition of high-tech military platforms but also, more importantly, on leadership and the will to fight in contested and interconnected regional conflicts in East Asia that may include the involvement of major powers. – The Straits Times/Asia News Network

Michael Raska is an assistant professor and the coordinator of the Military Transformations Programme at the S. Rajaratnam School of International Studies, Nanyang Technological University, Singapore. 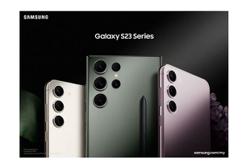