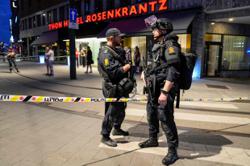 Buffalo shooting suspect, Payton S. Gendron, appearing in court. Gendron had a history of troubling behaviour, according to authorities, including a threat he made last June as a graduating high schooler to commit a murder-suicide. – Reuters

IN the aftermath of major mass shootings, politicians and pundits often blame mental illness as the fundamental cause.

The same story has played out since the horrific massacre May 14 at a supermarket in Buffalo, New York, where an 18-year-old allegedly motivated by racist ideology is accused of murdering 10 people. And now Salvador Ramos, the 18-year-old who gunned down 19 children and two teachers at Robb Elementary School in Uvalde, Texas, on May 24.

But this misleading narrative is not supported by scientific evidence and is counterproductive to solving America’s epidemic of mass shootings.

The claim that mental illness produces such attacks implies that mass shooters are insane, as if they are disconnected from reality and act based on no rational thinking. This goes hand in hand with the common theme that these offenders “snap,” which suggests they commit impulsive acts of violence, bursting forth from nowhere. Both explanations are wrong.

Over the last decade, I’ve studied scores of mass shootings and looked deep into the field of behavioural threat assessment, an emerging method where experts in mental health, law enforcement and other disciplines work together to prevent planned acts of violence.

Extensive case history shows that mass shooters don’t just suddenly break – they decide. They develop violent ideas that stem from entrenched grievances, rage and despair. In many cases they feel justified in their actions and regard killing as the sole solution to a problem. They arm themselves and prepare to attack, choosing where and when to strike. Often this is a highly organised and methodical process. Like Gendron, Salvador Ramos who is the suspected gunman in the May 24, 2022, shooting at Robb Elementary School in Uvalde, Texas left digital trails that hint at what’s to come long before they actually pull the trigger.– AFP This undated screenshot from the instagram account of Salvador Ramos showing off what appears to be an ammunitions magazine. – AFP

Gendron had a history of troubling behaviour, according to authorities, including a threat he made last June as a graduating high schooler to commit a murder-suicide. Under New York law, he was taken into custody by state police and given a psychiatric evaluation; the results are not publicly known. Gendron was released within two days, and authorities said he claimed to have been joking with his threatening comments – a form of deception that has figured into other shootings.

In 2018, a deep investigation of 63 rampage shooters conducted by experts with the FBI’s Behavioral Analysis Unit showed that only a quarter of the offenders were known to have been professionally diagnosed with a mental illness of any kind. While it’s possible that some suicidal attackers may have gone undiagnosed, only three of the 63 perpetrators, or about 5% of the total examined, had a known psychotic disorder.

Blaming mental illness for mass shootings inflicts a damaging stigma on the millions of people who suffer from clinical afflictions, the vast majority of whom are not violent. Extensive research shows the link between mental illness and violent behaviour is small and not useful for predicting violent acts; people with diagnosable conditions such as schizophrenia or bipolar disorder are in fact far more likely to be victims than perpetrators of violence.

Yet no person who commits a mass shooting is, in a basic sense, mentally healthy. So if we want to do more to reduce these attacks, we need to better understand the behaviours and circumstances that lead up to them.

Threat assessment experts have found that in a majority of cases warning signs are noticeable to people who are in the orbit of would-be shooters. These don’t fulfill any predictive checklist – as the public commonly expects due to the notion of criminal profiling – but compose a set of actions and conditions that indicate potential danger. They also reveal opportunity to intervene.

The warning signs include threatening comments, personal deterioration, patterns of stalking and other aggression, as well as fixating on guns, graphic violence and previous mass shooters. Many perpetrators express a desire for infamy, including Gendron, who allegedly described his own hateful screed as a manifesto and wrote of how livestreaming his attack would help get sensational media coverage.

Threat assessment teams seek to use constructive measures to steer troubled individuals away from violent thinking and planning. That can include fostering better social connections and improving a subject’s education, work or living circumstances. Case management often does involve mental health interventions, such as counselling or even a period of hospitalization if necessary.

A clearer picture of Gendron’s school and family background has yet to emerge. But as with so many past attacks, the initial case evidence points to a deeper trail of identifiable warning signs and a period of time in which effective intervention may well have been possible.

In a country saturated with firearms that are easy to obtain, mass shootings are a complex problem with no simple solution.

But making mental illness the bogeyman detracts from making progress on stopping these attacks. That’s going to take everything we’ve got: strengthening our nation’s gun laws, quashing a surge in violent political extremism, raising cultural awareness of shooter-warning signs – and, yes, investing in a lacking mental health care system to give troubled people the help they may need before it’s too late. Los Angeles Times/Asia News Network

Mark Follman is the author of ‘Trigger Points: Inside the Mission to Stop Mass Shootings in America.’ 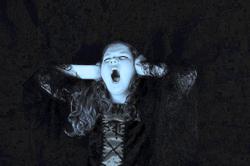