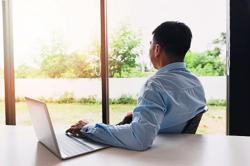 Hard times: It’s been two years since children could indulge in playing with their Hari Raya money like this lot in 2019. So let them indulge this year, says the writer. — Filepic/The Star

A FATHER to a nine-year-old child has a strange kind of dilemma. The child is asking him to purchase some toys that are not very expensive, but the problem is they don’t exist. They’re tokens in a video game against which you can make in-game purchases. This particular game involves collecting little pet animals. The child can either play the game and collect the tokens “organically” over a long period of time, or pay money to buy the tokens and use them to buy exotic high-end “pets” like unicorns with a golden horn, or penguins with neon bellies.

So far this father has resisted the pressure and said no despite welling eyes. But the cost is not that much and the toys may not be real in the sense we old-fashioned folk like to think – they are not tangible after all – but neither are rides at an amusement park.

This father’s dilemma is on my mind on Eid (Aidilfitri) this year. It is a good time to reflect on the meaning of money and exchange for a child versus an adult.

When I was little there was always a small group of older kids in our large and rambunctious gang of cousins who salivated at the prospect of getting Eidi (duit raya).

“What will you buy with your Eidi?” they would ask each other and discuss the responses with a relish that to me sounded wrong on this blessed day. And every Eid the same ritual of disappointment would play itself out as the grown-ups would take the Eidi away from the kids shortly after it had been doled out.

It occurred to me that, since everybody had two or three kids, the net transfer of monetary benefit from one family to the other through this was effectively zero. One set of kids would get X amount from the parents of the other family, while the other family’s kids would get the same amount from ours. Once the funds were duly handed over to the parents, each family was left more or less in the same monetary position. What was this circulation of capital all for in that case, I would often wonder.

The grown-ups tried to tell us that Eid is not about money, but about the festivities, the food, the spending of time together with the whole extended clan. In those days close to 30 or 40 people would gather under one roof for the occasion, with ages ranging from zero to 80 and everything in between. A sumptuous lunch, fine clothes, lots of outdoor play, plenty of conversation and laughter would mark the occasion.

I remember one occasion when the time came to give Eidi and as the crisp notes (usually five or 10 rupees, which was a lot in those days) were pulled out of handbags, one of the older cousins simply said “Please give it to my mother directly, it’s going there anyway”.

Later, as the cousins joked about the little stunt, being the goody two shoes of the group that I was, I had to pipe up “That was wrong, this is not what Eid is about”.

“So what is about then?” I was promptly asked.

“The clothes, the food....” And even before I had finished the jokes began. “OK, chhotu, ” said one. “I’ll get you a light bulb for your birthday then, OK?” Everybody laughed and joined in. “Yes, I’ll get you a pen” and “I’ll get you keychain” and so forth. It wasn’t easy being a five-year-old good boy in a large gang of cousins!.

It was my first lesson in what we might call customary forms of exchange versus market exchanges. Years later, I learned about the distinction Karl Marx made between the exchange value of a commodity versus its use value. It was also my first realisation that the world of the grown-ups was theirs. We kids had our own.

This Eid season, I say let the children play. They’ve had a hard year. But let them also know scarcity, which is as much a part of the world of trade and exchange as an investment of time and money.

Eid Mubarak to all my readers! – Dawn/Asia News Network 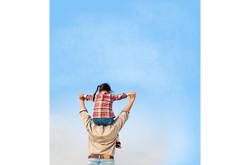