‘Every child needs a family’ 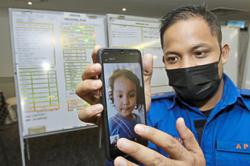 A staff at OrphanCare receiving a baby left at the hatch.

EVERY year, an average of six babies are saved in Malaysia through baby hatches - secure facilities for people to give up their babies legally.

Because the babies are put there by unknown sources, the infants’ background is also a mystery.

Since 2009, a total of 73 babies have been rescued through baby hatches run by the OrphanCare Foundation nationwide.

Fortunately, most of the babies end up being adopted legally.

Another 367 babies were also saved when their biological mothers came forward to the non-governmental organisation to seek help after having unplanned pregnancies.

“Most or 61% of the total 440 babies saved were adopted legally, while 36% were parented back by their biological mothers, ” OrphanCare tells Sunday Star.

The remaining 3% are special cases referred to the Social Welfare Department (JKM).

These days, the number of people wanting to adopt children has increased, the foundation says.

“But sadly, many people out there still do not understand the legal adoption process, ” it adds.

As a result, some childless couples resort to illegal methods by going to syndicates and agents.

Recently, the issue of illegal adoption was in the spotlight after a syndicate was busted by the National Registration Department (NRD) for falsifying birth documents for over 200 babies since 2009.

A doctor, allegedly part of the syndicate, is said to sign false birth registration forms, which will claim a couple are a child’s biological parents.

NRD director-general Datuk Ruslin Jusoh had said in reports that most of the children involved are now aged between 12 and 16.

As a result of the fake documentation, the citizenship status of the child will become “not determined” as the real parents are unknown, said reports. 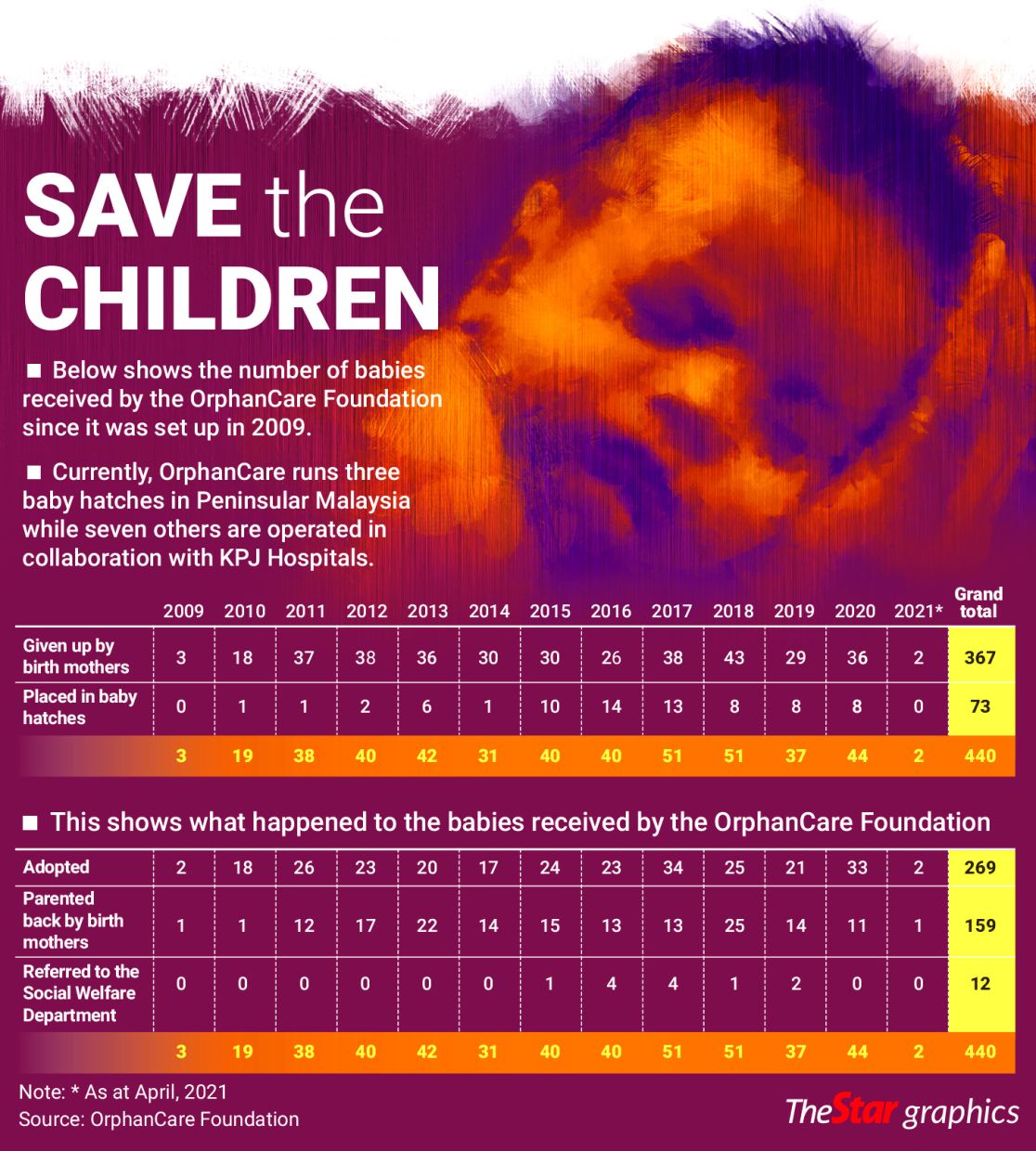 Saddened by such news, OrphanCare says the parents involved would have to apply for adoption papers all over again.

“These cases happen because there are many couples who would go to any lengths to adopt a child without proper knowledge and out of desperation, they fall into the trap of trusting illegal offers, ” it says.

Fear is also another reason why adoptive parents resort to illegal channels.

“They are afraid that if the child knows their identity, they would want to go back to their birth family or that the birth family will come and take their child away, ” the foundation shares.

OrphanCare has also met parents who admitted they have tried to take up similar illegal offers.

“But the person from the Klang Valley failed to provide them with the child and the couple lost their money, ” it says.

Another lady from Seremban shared that she paid RM10,000 but was told the baby was given to someone else and was returned the sum.

To couples who long to adopt children, OrphanCare urges them to be patient.

“Please do everything legally. With the right knowledge, they will understand how important this is for the child that they are adopting.

“Please realise that it is about protecting the child, their rights and their future, ” the foundation advises.

Currently, OrphanCare runs three baby hatches in Peninsular Malaysia while seven others are operated in collaboration with KPJ Hospitals.

OrphanCare also works together with JKM in getting older children (aged two years and above) living in various institutions under JKM to be adopted.

Since 2009, it has assisted in getting 21 older children to be legally adopted.

Adoption is not a one-off trade process, and it takes time.

“There are criteria to be met. OrphanCare strictly follows the guidelines set by JKM and we have added extra measures to ensure the potential adoptive parents are well trained and informed, ” it says.

The foundation has a list of adoptive parents, who have been screened, interviewed and trained through a one-day course (Prospective Adoptive Parents Training).

They will also be subject to a pre-house inspection by OrphanCare’s social workers.

“Only then, they will be qualified to be on our waiting list, ” it says.

When OrphanCare receives a baby, the foundation will assist with the documentation for the birth certificate and other adoption papers.

After that, the baby is matched with qualified potential adoptive parents.

If all is done accordingly, a baby in OrphanCare can be with a new family within a week to 10 days, with the foundation assisting the adoptive parents in these processes.

For the foundation, the challenge arises when a baby is placed in the hatch without their biological mother’s details, as those who give up the baby need to fill up a form with such information.

“The baby will then be considered stateless or having no citizenship.

“At OrphanCare, potential adoptive parents are given this knowledge that if they received a baby from our hatch, the baby does not have any documentation.

“The adoption is still legal. However, it is their responsibility to apply for citizenship for the child, ” it explains.

OrphanCare highlights that a lot can be improved if the citizenship process is made easier for legal adoptive parents.

“It is the future of the child that we are concerned about, ” it says, adding that every child needs a family.

For more information, the public can email the foundation at adoption@orphancare.org.my or visit its website at www.orphancare.org.myTo support its adoption programme, go to OrphanCare’s campaign website at https://www.sedunia.me/campaigns/support-orphancare-foundation-adoption/about

Give assurance to parents to legalise adoption, authorities urged