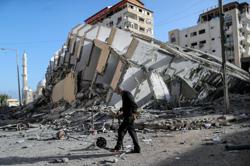 IT is not going to be an easy time for Malaysians abroad, particularly those in the West, with increasing prejudice and violence against the Asian community, says Emeritus Prof Datuk Dr Abdul Rahman Embong.

The sociologist from Universiti Kebangsaan Malaysia’s Institute of Malaysian and International Studies, observes that in recent years, hate against Asians and other people of colour in the West has become much worse.

“This is due to a convergence of multiple factors, some real, some imagined. With worsening economic and social conditions, Islamophobia, and the devastating impacts of the Covid-19 pandemic in the West, especially in the United States, anti-Asianism converged with anti-immigrantism and anti-Chinese sentiments.

“This became a torrential force from the extreme right, more so during the Trump administration, a force which continues till now under the new Joe Biden administration, ” says Abdul Rahman, whose areas of expertise includes ethnicity, the Asean community and globalisation. 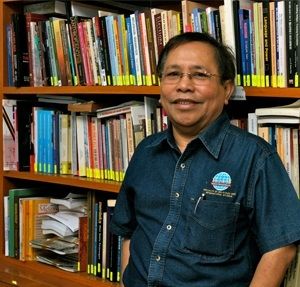 Anti-Asianism has been spurred further by the intense US-China rivalry, Abdul Rahman notes.

“Anti-Asian sentiments in the West affect Malaysians abroad, making them more fearful and cautious about going out and conducting their routine activities, ” he says.

The United Nations Department of Economic and Social Affairs shows there were 1.73 million in the Malaysian diaspora as at 2019, scattered in more than 15 countries, including the West. This includes Australia with the biggest number of around 174,000 people, followed by the United Kingdom with 84,638, United States with 77,647, Canada with 25,337, New Zealand with 17,464, and Ger-many with 5676, while Ireland and the Netherlands have about 4000 plus each, he said.

To weather the storm, Malaysians abroad must band together, says Abdul Rahman.

One way is to work with overseas Malaysian associations, and meet up with Malaysian embassy officials to assess the situation together and discuss what steps to take following the rising number of hate crimes. Apart from getting organised for self-protection and cooperating with other Asians and local communities, Malaysians abroad can also raise awareness through the media to fight anti-Asian hate, suggests Abdul Rahman.

“On the government’s part, especially Wisma Putra and the Malaysian missions under their care, I earnestly think they have to be proactive and take preventive measures. Don’t wait for problems or tragedy to happen before taking any action. This is an unusual situation which should be assessed objectively with care and guided by wisdom, ” says Abdul Rahman.

“The most important first step, I believe, is for the Malaysian and other Asian governments to make representations to the host governments to step up protection of Asians, including Malaysians, ” he says.

Abdul Rahman believes that universities should play the role of peace-builder and hold dialogues to promote understanding and inter-ethnic harmony between diaspora communities and the countries they reside in.

“Malaysia should also take the issue of anti-Asianism as part of the global agenda for peace-building and understanding between different cultures and civilisations in the world, ” says Abdul Rahman, who points out that Malaysia can push this agenda at international platforms such as the United Nations, Common-wealth summit, Organisation of Islamic Cooperation, Asean and Belt and Road Initiative platforms.