Many U-turns: The KL-SG HSR booth at the Malaysian International Trade Exhibition Centre in 2017. The project has undergone a series of amended decisions under different governments.

THE Kuala Lumpur-Singapore High Speed Rail (HSR) bilateral agreement was officially terminated after the top leaders of Malaysia and Singapore agreed to let the deal lapse on New Year’s Eve, but this mega project may not be dead and forgotten.

In fact, this economically significant rail project may be revived once Malaysia sorts out its economic predicament brought about by the Covid-19 pandemic and political chaos.

Touted as a possible major game-changer for Malaysia and Singapore, voices against the project cancellation are unlikely to subside as the financial interests of many private groups and the two economies will be affected.

The Malaysian government appeared to have attempted to save the deal, but it failed.

On Jan 1, Minister in the Prime Minister’s Department Datuk Seri Mustapa Mohamed explained Malaysia had proposed changes to the project due to the adverse impact of the Covid-19 pandemic on its economy and fiscal position.

“The proposed changes would have allowed us to leverage on the HSR project to accelerate Malaysia’s economic recovery, by bringing forward the start of the construction phase by almost two years. This would have provided a much-needed boost to our construction sector and its supporting ecosystem, ” said Mustapa.

In a subsequent statement, the Economic Affairs Minister added averting a RM60bil guarantee over a 30-year period was among changes sought by Malaysia. And the proposed changes on alignment and station design would have reduced project cost by 30%.

But the concerns highlighted by Malaysia are different from those of Singapore.

According to a report in The Straits Times on Jan 4 and a video clip seen by Sunday Star, Singapore’s Transport Minister Ong Ye Kung told the country’s parliament that Malaysia’s proposal to remove the systems supplier and network operator of the HSR project (or AssetsCo) was a main concern as it constituted a “particularly significant change” and “fundamental departure from the original agreement” in 2016.

“As the HSR is a cross-border service, it must be a single chain system operating between Singapore and Kuala Lumpur. Because neither country has the expertise and experience, we agreed (in 2016) to appoint the ‘first-in-class’ industrial player through an open transparent international tender. 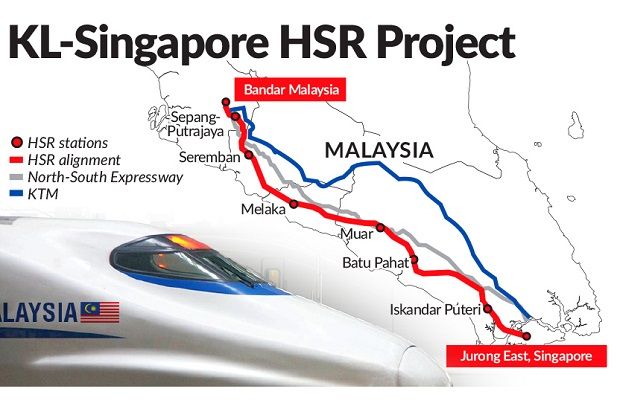 “To Singapore, the AssetsCo is the centre piece of the HSR project. It is necessary to ensure the interest of both countries are protected, to minimise future disagreements and disputes over the long duration of the project lasting decades, ” Ong said.

According to Ong, the other worrying issue was a Malaysian proposal to connect the HSR to the Kuala Lumpur International Airport (KLIA), which would have led to the high-speed line sharing tracks with the YTL-owned Express Rail Link (ERL) that connects to the airport.

“The ERL is an existing train system model (that) runs at half the full speed of HSR, so should we have proceeded, there would have been many technical issues to resolve, ” Ong was quoted by The Straits Times as telling Parliament.

Both countries signed the legally-binding bilateral agreement in 2016 after three years of negotiations, Ong added.

In fact, the HSR is seen as a strategic project to enhance business linkages, promote tourism and bring the people of two countries closer together. It will generate long-term economic growth.

The 350km link, if in service from 2026, would reduce the travel time between the two countries to 90 minutes, from four to six hours by car and about eight hours by existing train service.

Singapore is committed to the project partly because it sees the vast future economic benefits derived from this Asean integration. The HSR project would enable Singapore to be at the southern tip of a planned Pan-Asian rail network, linking Kunming in China, Bangkok and Kuala Lumpur in the north.

For Malaysia, the HSR project would be a strong catalyst to stimulate its economy and lure more investments. It would spur industrial, township and property developments along the rail route, as what China and Japan have successfully done.

Former prime minister Datuk Seri Najib Razak, who spearheaded the HSR and Bandar Malaysia projects, has warned that the local economy could lose future benefits totalling “trillions of ringgit” after the HSR is axed.

And if the HSR line does not end at Bandar Malaysia, it could undermine a planned development potential of RM140 billion.

In fact, the implications of the HSR termination go beyond Malaysian shores.

China Railway Engineering Corporation (CREC) has taken up substantial equity interest in the Bandar Malaysia project due mainly to the original plan that the HSR terminus in Malaysia would be located at the development.

CREC has also made it known openly that it is keen to partake in the development of HSR.

With the latest development, will this Chinese state-owned

global conglomerate willing to accept a lesser fate and fortune as an investor?It is worth noting that China’s top leaders reacted negatively when Najib in May 2016 removed the original developer – in which CREC was a consortium member – from Bandar Malaysia. CREC returned as equity partner in 2019, after the government of Tun Dr Mahathir Mohamad revived the Bandar Malaysia project.

As expected, shares of companies linked to the key developer of Bandar Malaysia and Tan Sri Lim Kang Hoo sank the first trading day after the cancellation: Iskandar Waterfront City fell 12% to 50.5 sen/unit while Ekovest slid 8.7% to 47.5 sen.

Construction and property players were hit too. Shares of Gamuda and YTL Corporation, both seen as potential beneficiaries of the HSR project, fell 4% and 5.9% respectively.

At the national level, investor confidence in Malaysia is again undermined after the news. Backtracking has become an unacceptable norm.

For the record, both the HSR and Bandar Malaysia projects have seen a series of amended decisions and U-turns under three different governments from 2016 to now.

The HSR bilateral agreement was suspended twice – in 2018 and mid-2020 – on Malaysia’s request.Prime Minister Tan Sri Muhyiddin Yassin’s government has said it is exploring other options, including having a domestic HSR. But without Singapore, the number of passengers using the rail line is expected to drop 50% from 8.4 million a year to 4.2 million by 2031, according to data provided by Najib.

“The positive economic impact will reach trillions and trillions within the next 50 years as not just development within the tourism sector will intensify, but foreign investment and employment from Singapore as well through the connectivity of the two most capitals in the region, ” he added.

He tells Sunday Star: “If Singapore is dropped, this shortfall (in providing regional link) cannot be replaced by any of the Malaysian towns. None of our towns has the status of Singapore as an international financial hub with strong international connectivity and network. From regional and international perspectives, the impact is great.”

In fact, Singaporeans are not surprised by the HSR pact cancellation as they see vast and irreconcilable differences in the political culture and governance between the two governments.

“Singapore has good reasons to worry about their long-term investment in HSR if they look at the situation in Malaysia, ” says Goh.

But will the agreement cancellation kill the dream of many to have this rail link? May not be.

At the outset, all studies done before the HSR bilateral agreement was signed had shown that Malaysia and Singapore would reap tremendous economic benefits from this aborted HSR project.

And China, which has placed HSR and Bandar Malaysia under its Asean Belt and Road plan, may want to see the high-speed rail in operation.

Professor Dr Chin Yew Sin, adviser for Global One Belt One Road Association (Asia Pacific region), believes the cross-border HSR will revive in two to three years after the Covid-19 pandemic is under control.

“This HSR is important for the long-term economic growth of Malaysia and Singapore. It is part of the Pan-Asian Railway network, and it will be beneficial to China and Asean countries linked to this HSR when it is finally linked with Kunming.

“China on its part, I believe, will play a vital role to ensure that this HSR project will be revived by providing the necessary financial and technical support through its Belt and Road Initiative, ” he says.

In addition, Malaysia and Singapore have not shut their doors on future HSR connection.

According to some media reports, Mustapa has not ruled out the possibility that Malaysia might revisit this project in future.

Singapore has also left open the possibility for future talks on the HSR project. This could be heard and understood from Minister Ong’s explicit statement in Parliament:

“Now the HSR has been terminated, Singapore is willing to discuss any new proposal on KL-Singapore HSR project from Malaysia, but starting from a clean slate.” 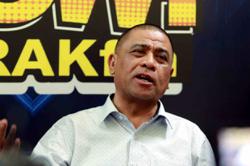