Call for higher allocation to feed B40 students in Budget 2023 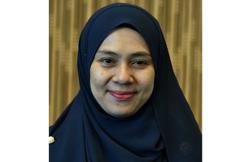 FOOD prices have soared but the meal budget allocation for poor primary pupils has not changed in over a decade.

The cost of food peaked last month, according to Department of Statistics Malaysia (DOSM) data, but the allocation per child under the Supplementary Food Programme (RMT) has remained RM2.50 per pupil in the peninsula and RM3 in Sabah, Sarawak and Labuan.Association of School Canteen Operators secretary Siti Normah Md Desa said it is “illogical” to expect its members to prepare a nutritious meal with the paltry sum.

“If you look at the price of food these days, it’s obvious that the current allocation is insufficient.

“As it is, canteen operators are now either breaking even at best, or operating at a loss.

“Can you imagine trying to serve a meal with rice, chicken, vegetables, a slice of fruit and a drink with RM2.50? It’s just not possible,” she said, adding that the association had appealed to the government to raise the current RMT allocation to a more realistic amount.

Healthy food is important for growing children, she said, adding that we cannot afford to skimp as proper nutrition is necessary for effective learning.

Following a recent proposal by Health Minister Khairy Jamaluddin, Education Minister Datuk Dr Radzi Jidin told reporters on July 25 that the ministry was in the final stages of preparing a working paper that will be presented to the Cabinet to raise the RMT allocation.

The proposal to increase the rate of the RMT would be submitted to the Finance Ministry or be included in Budget 2023, he said.

The Budget will be tabled in the Dewan Rakyat on Oct 7.

Describing the move as timely, Universiti Malaya (UM) Faculty of Medicine Centre for Population Health head Prof Dr Hazreen Abdul Majid recalled that when the RMT was introduced, the intention was to serve pupils with a balanced meal of noodles or rice with an egg or chicken and vegetables.

“Over the years, it became just noodles or rice with bits of greens.

“If we do not spend now, we will end up paying more later as our children will not have benefited from the nutrients necessary for a healthy development,” he told StarEdu.

“Since children are growing, they need enough protein from eggs, fish, chicken and milk,” he said, adding that while increasing the allocation is helpful, canteen operators and schools also have a role to play.

“Canteen operators must be prudent in their spending. Buy in bulk – it is normally cheaper. Be creative when preparing meals.

“Schools should create edible gardens and use the produce for RMT meals,” he said, adding that pupils should be involved in coming up with a nutritious menu as part of their schools’ science, technology, engineering and mathematics (STEM) activities.

“RMT is not just about making sure that our pupils are not hungry; it is also about ensuring that they have good, nutritious meals,” he added. 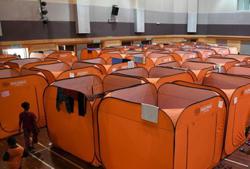 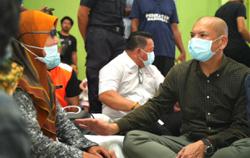