National pride: Khiew at the World Aquatics Championships in Budapest.

Save for Sunday, his days are filled with morning and afternoon training sessions in the pool – a routine that has propelled him to the top of the national crop, with him holding the 400m and 800m freestyle, as well as the 200m backstroke, national records.

He set the new national record in the 400m freestyle on June 19 at the World Aquatics Championships held in Budapest, Hungary. For Khiew, his successful campaign at the SEA Games is a pay-off for the hours he had spent on training.

“I won two bronze medals at my first SEA Games in 2019. I achieved my target by coming back with a gold.

“I have improved myself, and I am definitely happy about that rather than the medals – that’s me,” he told StarEdu.

Despite his recent feats, Khiew is well aware that there is no room for complacency as he has “bigger goals” in mind, top of which is representing Malaysia at the 2024 Olympics in Paris, France.

“I will be training hard for that. It is every athlete’s dream to compete at the Olympics,” he said.

He is also cognisant of public pressure on him to perform well – an expectation that he said exists as a challenge for him to overcome.

Apart from being a national swimmer, Khiew is a student currently pursuing the Bachelor of Computer Science programme at UCSI University.

Good time management is the key, he said, adding that he has been practising it since he was eight years old when he began swimming competitively.

On days that he has classes, he wakes up as early as 4.30am to attend training before heading for university, he shared.

“I have my own plans for my studies, so I’m not stressing too much about it.

“It may take me slightly longer to graduate as there are times when I need to focus on training but I don’t mind it. I have to make sacrifices as an athlete,” he said.

With a hectic daily schedule to keep to, Khiew shared that he finds refuge in listening to music or playing sports with his friends.

“Ultimately, I hope to bring up the swimming standard for Malaysia, and I hope to do so by training hard and achieving good results.

“Every athlete faces pressure in some form, but what I hope to do is to perform to my very best,” he said.

The Kuala Lumpur-born swimmer is set to compete at the Birmingham Commonwealth Games at the end of next month.

To student athletes, Khiew had this to say: “Learn to manage your time well and be disciplined. Never slack off. These are important traits of a good athlete.

“Always aim to keep improving yourself and remember, it is never about the medals but your achievements, for example, your timing and satisfaction.”

Jonathan, 20, a Malaysian student in the United Kingdom, is a participant of the BRATs Young Journalist Programme run by The Star’s Newspaper-in-Education (Star-NiE) team.

1. What are some of the words you can use to relate to swimming? Look for the words in Jonathan’s article. Additionally, turn to the StarSport section in today’s copy of the Sunday Star newspaper. Write down the words in your Star-NiE scrapbook.

2. Cut out the photographs of two personalities featured in the newspaper today. Create a dialogue between them using at least two of the words you have listed in the activity above.

3. Based on this article, do you think you have the makings of a national swimmer? Why or why not?

4. Do this with an activity partner. Individually, write a message of encouragement to Khiew, cheering him on in his pursuit to represent Malaysia at the 2024 Olympics. When you are done, exchange messages with each other and write a response on behalf of Khiew. Then, read each other’s responses. How would you rate each other’s message-writing skills?

Since 1997, The Star’s Newspaper-in-Education (Star-NiE) programme has supported English language teaching and learning in primary and secondary schools nationwide. Through Star-NiE’s teacher and student workshops, annual contests and monthly English language resources for classroom use, participants of the programme reportedly showed marked interest in the language and progress in their proficiency. Now in its 25th year, Star-NiE is continuing its role of promoting the use of English language through a weekly activity page in StarEdu. These activities are suitable for use individually and in groups, at home and in the classroom, across varied proficiency levels. Parents and teachers are encouraged to work on the activities with their children and students. In addition, Star-NiE’s BRATs Young Journalist Programme will continue to be a platform for participants to hone and showcase their English language skills, as well as develop their journalistic interests and instincts. Follow our updates at facebook.com/niebrats. For Star-NiE enquiries, email starnie@thestar.com.my. 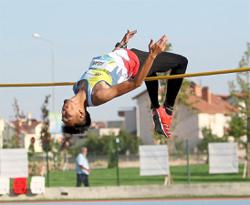