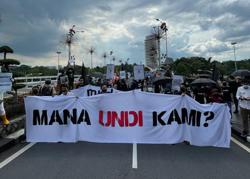 I WAS among the youths who recently took part in a peaceful gathering outside the Parliament building to push for the implementation of lowering the voting age.

I also joined 17 other youths from diverse backgrounds in signing an affidavit imploring the Kuala Lumpur High Court to look into the Election Commision’s (EC) decision to delay the implementation.

When I signed the affidavit, I did it believing that the youths deserve the constitutional right to vote. It is a disappointment that despite the existing legislation permitting us to vote, we might not be able to do it in the 15th General Election.

The bill first began as a student movement in 2016, before being gazetted into law in 2019.

Unfortunately, it was announced last month that the implementation will be delayed until September 2022.

Allow me to address the doubts surrounding the lowering of the voting age and what this delay means, from my perspective as a 19-year-old.

First, the question of maturity. The Internet has made information more widely accessible. Thus, the youths today are extremely well informed on the country’s affairs. There are also many youth-led initiatives on social media raising awareness of issues in the country, such as inequality, political literacy and climate change.

Besides, if an 18-year-old Malaysian can enrol in the army, get married and be charged in court, shouldn’t the individual be allowed to choose a country’s administration too?

Some say the youths have not been through the “hardships of adulthood”, pointing out that many of us do not pay taxes. It is a broad and harsh generalisation as many students work part-time to support their education.

Furthermore, the Income Tax Act 1967 does not state that an individual has to be within a certain age to pay taxes.

Some say the youths lack political awareness to be ready to vote. While this is a valid point, it is not a reason why youths should not vote. The existing education curriculum does not fare well in raising political literacy. I would argue that by lowering the voting age, we place urgency on youths to begin enquiring on national affairs.

It also gives youths the mandate to encourage legislators to include civic education in the curriculum.

This brings me to what the delayed implementation of the Undi18 bill means for me.

In an age of increasingly unrepresentative politics, be it in age, gender or ethnicity, the voices of youths need to be heard and taken into consideration when drafting national policies.

It is also an opportunity for our elected representatives to demonstrate their commitment to fulfilling their promises.

It will be disappointing to witness a bill that was unanimously passed in Parliament unfulfilled due to bureaucratic delays.

If the implementation of Undi18 is delayed past GE15, it will be the largest electoral exclusion of a demographic from eligible new voters in the history of Malaysia – which numbers up to 7.8 million.

This move will raise apathy levels among youths and further disenfranchise them from national matters.

The EC, along with the government, should ensure that the lowering of the voting age is implemented by this July, as promised.

Lest we forget, we empower our democracy by ensuring every citizen is not left out and everyone’s voices are heard.

Jonathan, 19, a student at Sunway University in Subang Jaya, Selangor, is a participant of the BRATs Young Journalist Programme. 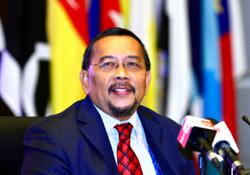