Learning together: Zulkifli Mohamad, 38, (far left) and his wife Nor Hidayu Zakaria, 39, (third from left) monitoring the lesson as their children tune in to DidikTV at their home in Taman Adis Indah, Kuala Ibai. — Bernama

WHEN DidikTV Kementerian Pendidikan Malaysia (DidikTV) was launched to improve the Education Ministry’s TV Pendidikan, it was hailed as a way to level the playing field for students nationwide.

Now, those without digital gadgets or an Internet connection could keep up with their formal schooling.

The channel which took over ntv7’s airtime, however, was quick to court criticisms including the presenters’ abilities to teach.

Being the “baby” that it is – the channel is just over two weeks old – DidikTV will have much to learn before any meaningful growth can take place.

The growing pains experienced just days after it was launched on Feb 17 will be remedied and its quality improved, Education director-general Datuk Dr Habibah Abdul Rahim assured.

Although the details of how this would be done were not revealed, stakeholders believe it will involve training and team work. National Union of the Teaching Profession (NUTP) secretary-general Harry Tan said teachers who are doubling as television presenters must be given training and guidance by professionals from the broadcasting industry to improve the quality of their shows.

He also said the programmes should be afforded the same importance and attention as any other television station production.

“A DidikTV production does not only entail the filming of the programme, voiceovers, script writing, makeup, special effects and censorship – it must also include the training of teachers, ” he said, adding that students are likely to view DidikTV as edutainment rather than a schooling lesson.

Students will not gain as much as there is no interaction with the teacher, he said.

And, without a playback option, students will not be able to rewind the video as they try to understand the lesson on their own.

“This channel cannot replace classroom teaching and it cannot be a long term solution. DidikTV is just something students with no access to their teachers have to make do with for now, ” he added.

Agreeing with Tan, Sabah Teachers Union president Said Saidi said teachers must be given formal training before they can be expected to present the lessons on television.

He said that for years, the ministry’s Education Resources and Technology Division had provided training to teachers who worked on their shows.

“Many teachers were given exposure and formal courses in broadcasting especially for those who were directly involved with TV Pendidikan, ” he said, in reference to the ministry’s division that manages TV Pendidikan.

He said many teachers, especially the younger ones, are versatile and quick to adapt to creating digital content when schools closed because of Covid-19.

“These teachers developed good presentation skills, with some having their own YouTube channels that captured the interest of students and the public but formal training should still be given, ” he said.

Commenting on suggestions that television presenters or artistes be engaged to helm the programmes, he said teachers are still our best bet at making DidikTV a success as they are better equipped to teach.

“Teachers have been trained to deliver knowledge and skills. This is what really differentiates them from artistes.

“However, it is a bonus if an actor with teaching experience can do some shows, ” he said in reference to multitalented actress-singer-entrepreneur Adibah Noor’s offer to teach the English Language on DidikTV KPM.

He said she would be a suitable presenter as she was trained to teach the language.

“She is a Teaching English As A Second Language graduate and knows her subject matter very well, ” he added.

Noting that DidikTV has only just been launched, Said said that it is too soon to determine its effectiveness as a teaching tool for home-based teaching and learning (PdPR).

“Teachers need more time to get used to it (teaching on television). It is not fair to assess and evaluate them or the channel at this stage as teachers are preoccupied with their own lessons and the preparations for students to go back to schools, ” he added.

He believes, however, that teachers will incorporate the programmes as a teaching tool and an enrichment activity in their regular lessons.

Educationist Datuk N. Siva Subramaniam said inviting celebrities to be part of the DidikTV programmes might draw more students to watch the channel.

“What better way to attract a student’s full attention than to have the lesson presented by a famous person.

“Of course, the teachers must be involved in the scripting of the lesson before it’s presented, ” he said.

The former NUTP secretary-general said it is possible to create more captivating programmes as the shows are now being produced by a television station.

Other than the the initial hiccups, Subramaniam said teachers have done a great job presenting on DidikTV.

“There is room for improvement and change but I think that the teachers are doing well, ” he said, adding that more teachers should be roped in to share their experiences presenting lessons on television and guiding their peers on how they can improve on their delivery.

Seeking the services and advice of award-winning YouTubers can also be beneficial, he added.

“DidikTV has only just begun so there is room for improvement. Let’s see what works with students and what needs to be changed.

“Get more teachers to produce content. Cover all subjects. Expand the programming and improve the presentation, ” he suggested.

Subramaniam also said that school lessons delivered through television has greatly benefited students who do not have access to digital devices or a decent Internet connection.

“Its reach is far better than other PdPR methods because there are television sets in almost every household, ” he noted.

He said there needs to be a push to incorporate DidikTV into formal teaching and learning activities and to have it complement lessons at schools.

“The Education Ministry should think about equipping schools with televisions so that in places where Internet connection is poor, DidikTV can be a good alternative.

“We don’t want DidikTV to die off soon after it is launched. To ensure that it becomes a mainstay in the education system, we need to cultivate a steady stream of viewers and a strong following, ” he said.

Universiti Malaya Faculty of Education senior lecturer and teacher-trainer Dr Zuwati Hasim said the production of the programmes should be a collaborative effort between the content writers, presenters, and producers.

“Script writers can be those with pedagogical content knowledge but they must not work in silo.

“Script writing, storyboarding, choreography, how to approach a particular lesson from a pedagogical perspective, editing and the final production must be a well coordinated effort, ” she said.

She also added that education officers at the district and ministry levels can help in planning and monitoring the programmes that go on air.

DidikTV is still new and while the standard needs to be raised, the responsibility should not be left to the teachers alone, she said.

“Our dedicated teachers are mostly talented, knowledgeable, and willing to upskill themselves if only they are given opportunities and enough time to learn.” 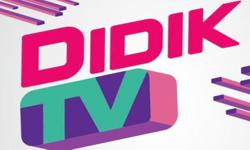