World explorers: Wilhelm (left) teaching Alex how to read a map as part of a make-believe hike in Switzerland.

HAVING our national borders closed was hard enough for avid travellers but for a Down Syndrome boy looking forward to his mid-term break outdoors, it was painfully disappointing having to stay home because of the conditional movement control order (MCO).

The family-of-three still “went on holiday” – but from the safety of their home in Kuala Lumpur.

“So as not to disappoint him, Bruno came up with the ‘staycation from home’ idea when the MCO hit. We set up a tent, Alex packed his bag, we watched a glamping video on Youtube and camped out with him.”

They played animal and rain sounds in the background, and even had a picnic, to complete the experience.

“Alex studied with his father about being an explorer and discovered the Malaysian jungle as he ‘journeyed’ to Janda Baik.

“We played board games, told stories, and slept in the tent for the night.” World explorers: Wilhelm (left) teaching Alex how to read a map as part of a make-believe hike in Switzerland.

The family normally travels during festive seasons and school holidays before the pandemic hit.

Seeing how much Alex enjoyed himself camping at home, the parents decided to “travel” to New Delhi, Jaipur and Agra in India, Dubai and Kenya before ending their four-days-three-nights world tour in ancient Greece to “attend” the Olympic Games.

They spend between three to four hours at each destination, which was chosen by Alex after looking at the world map together with his father.

At each location, they would watch videos about the geography and history of the place, and enjoy the local cuisine prepared by Pang.

The family boarded “Makcik Airline”, the best airline during the conditional MCO – quipped Pang, who heads the one-woman crew.

“We had a pretend check-in and boarding. Alex learnt about self-check in, putting up the luggage and the safety precautions in an airplane, ” Pang shared.

The Wilhelms took a “magic carpet” to Dubai for an Arabic lunch in the desert before enjoying Arabian music and a camel ride – all while dressed in do-it-yourself (DIY) Arabian costumes.

After lunch, they went to Kenya, a destination chosen by Alex because of the Lion King movie.

“We dressed up like the Masai tribe, did a tribal dance and went gazelle hunting, played safari games and held a ceremony to confer him the title ‘Warrior Spear’.”

In Greece, they watched a documentary on the Greek civilisation, ancient Olympia and introduction of Olympic Games.

The games concluded with a chariot race and prize giving ceremony.

These pretend trips have now become a weekend affair for the family as they went to Italy the following weekend for a game of football in the Serie A, with Alex playing for Inter Milan and Wilhelm for Juventus.

They have also gone “hiking in Switzerland” as Wilhelm has been missing his home country and they wanted Alex to spend some time outdoors.

“Our boy was given a list to prepare his backpack and we took him for a walk around our neighbourhood to identify six landmarks.

“He learnt to read the map and the orientation of roads and buildings, and wrote down the landmarks as part of the Landmarks Hunt.”

After completing the hunt, they stopped by “the Lake of Thun” – the condominium pool – for a Swiss carrot cake picnic, before scaling the condominium’s staircase, or “the 2,362m Mount Niesen”.

Alex loves these ‘trips’ and is already talking about his upcoming visits to the United Kingdom and the United States.

“Through these ‘trips’, Alex learnt about the beauty of diversity, lessons from history, life in other countries, and using household items to make props. He expanded his imagination and most importantly, got to spend quality time with us and have a memorable childhood.”

Back to home-based learning 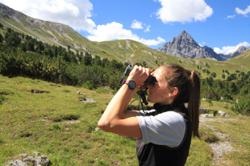