THE National Union of the Teaching Profession and Malaysian Federation of the Deaf (MFD) will be handing over a memorandum to the Education Ministry for the Malaysian Sign Language, or Bahasa Isyarat Malaysia (BIM), to be used in schools.

Its secretary-general Harry Tan Huat Hock said the NUTP has submitted its request to meet with Education Minister Dr Mohd Radzi Md Jidin on the matter.

“Many deaf teachers have approached the NUTP, saying that their deaf students do not understand KTBM and are struggling in school.”

Most schools still use Manually Coded Bahasa Malaysia (Kod Tangan Bahasa Malaysia or KTBM) to teach although the Persons with Disabilities Act 2008 recognises BIM as the official sign language of the deaf, he said, adding that parents and teachers have been fighting for BIM to be used in schools for years.

He urged the ministry to make BIM mandatory, as required by the Act.

“Unclear regulations, however, have resulted in the continuous use of KTBM.

“Also, teachers have no compulsion to teach using BIM because exams are KTBM-based,” he said, adding that deaf education is being managed by people who can hear.

“Ministers and its officers need to see these issues in an emphatic light to ensure that policies laid down are properly implemented.”

Allowing deaf students to use BIM, which is their mother tongue, enables them to express themselves better and achieve better results in schools, he said.

Learning and communicating in one’s own mother tongue is a basic human right which the deaf community in Malaysia has been deprived of, he added.

“Deaf students have been doing poorly because subjects are taught in KTBM instead of BIM.

“KTBM is ineffective and very difficult for the deaf students to understand. It’s not a language but a code which is very time consuming and puts emphasis on sentence structure instead of vocabulary. Whereas BIM conveys the whole story.

Studies show that when you learn in your mother tongue, you understand better, he said.

“Deaf children only need to master two skills – reading and writing. Listening and speaking skills aren’t applicable to them so the KTBM’s emphasis on sentence structure and reading are counterproductive to their learning.”

Pointing out that BIM is easier and faster to learn, he said the language and curriculum used for the deaf must be best suited to enhance deaf students’ potential.

“The deaf students should not be sidelined. Being deaf does not mean they are slow and stupid.”

Although KTBM is being used in schools, the book which was published jointly by the ministry and Dewan Bahasa dan Pustaka, has not been updated since 1985.

“If the dictionary can be updated so often, why can’t the KTBM book be updated too?

“Many sign languages (kod tangan) in the book are already outdated and many of them are not even being used by the deaf community.”

“For example, the book used sign languages for car number plates to differentiate Malaysian states. However, each state has its own sign language.”

She also explained that there is no Bahasa Malayu or English version of sign language.

“Although it is a language that is understood by the deaf community, it is not the same around the world. However, there are some similar signs among the different sign languages. 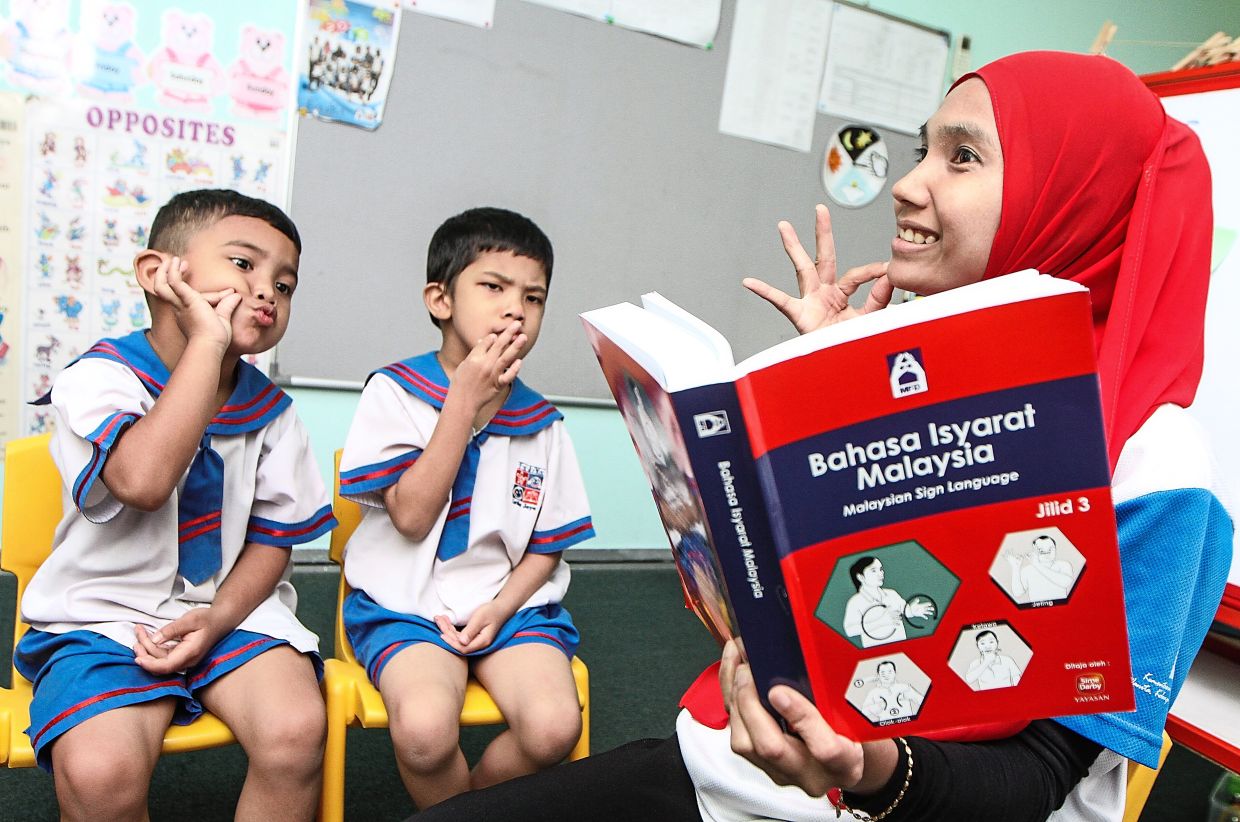 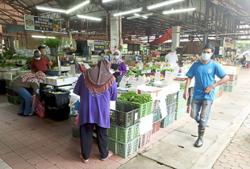