TO BE THE BEST, LEARN FROM THE BEST

By Prof Jarlath Ronayne AM IN the late 16th century, the Corporation of the City of Dublin decided that the time had come for the small city to have a university. Located in that part of Ireland then under the control of the English Crown, which had not authorised the establishment of a university anywhere under its dominion for more than 300 years, Dublin City modestly requested a College with degree awarding powers, instead of petitioning Queen Elizabeth I for a potentially more controversial full university.

When the charter was granted, the new Trinity College Dublin (TCD) was linked closely with England’s only universities at the time - Cambridge and Oxford, and came to be known as the ‘third sister’. The small College thrived as the only college of what became the University of Dublin. The close statutory relationship between the three universities exists to this day: Dublin’s degrees are the only ones in the world that are ‘officially’ recognized in the statutes of Oxford and Cambridge.

Just like TCD’s founders, Tan Sri Cheah recognised that it can take many years for a new institution to build a reputation for academic excellence. He determined early to forge links with experienced institutions with well-established reputations. ‘To be the best, learn from the best’, he says often.

A link was pursued with the UK’s world-class Lancaster University, and an affiliation agreement in 2006 established collaborative Sunway-Lancaster undergraduate and postgraduate degree programmes. There are now more than 5000 students undertaking Sunway-Lancaster degrees on the Sunway campus.

In a further initiative, Sunway academics, as Jeffrey Cheah Scholars-in-Residence, spend time each year in Caius, Cambridge and Brasenose, Oxford.

Following the signing of a Cambridge-Sunway Collaboration Agreement in the Biomedical Sciences, one of the most prominent buildings on the Cambridge Biomedical Campus proudly bears the name ‘Jeffrey Cheah Biomedical Centre’, where, at the present time, eminent Cambridge medical scientists are undertaking some of the most important Covid-19 research. In a related initiative, Sunway’s collaborations with the Cambridge University School of Clinical Medicine and The Royal Papworth Hospital have resulted in a vigorous Visiting Leaders Programme and the establishment of the Sunway Clinical Research Centre as a Regional Site Partner of the Cambridge Clinical School.

The first Oxford-Jeffrey Cheah Graduate Scholarship, established in Oxford in 2018, is occupied by a brilliant young biomedical scientist from Ipoh, and complements the scholarships to Cambridge and Oxford that are periodically offered to talented Malaysians by the Jeffrey Cheah Foundation. The first Oxford-Jeffrey Cheah Graduate Scholarship, established in Oxford in 2018, is occupied by a brilliant young biomedical scientist from Ipoh.

In Cambridge and Oxford most of these arrangements are in perpetuity; so, forever more, Tan Sri Cheah's name will be associated with these renowned institutions. For the lifetime of the Jeffrey Cheah Biomedical Centre in Cambridge, his name will adorn the building, and will be commemorated in any successor building.

These partnerships with the most prestigious institutions in the world could not have taken place without the respect and trust that these venerable institutions, always protective of their reputations, have placed in Tan Sri Cheah. As Sir Leszek Borysiewicz, then Vice-Chancellor of the University of Cambridge, said to Tan Sri, on signing a major Cambridge-Sunway Collaborative Agreement in Biomedical Sciences in 2017, ‘Every week we get proposals from institutions around the world to form some kind of relationship with Cambridge. But we have never formed any relationship such as that which we have with Sunway’.

This is a wonderful endorsement by the Cambridge Vice-Chancellor. It recognises the esteem with which Tan Sri Jeffrey is held, and the value that is placed on the relationship. As with TCD, with its illustrious history, the relationship with Cambridge and Oxford will not only give Sunway an edge in the highly competitive world of higher education in Malaysia, but will contribute substantially to enhancing Malaysia’s reputation in higher education in the region and ultimately the world.

About Prof Jarlath Ronayne AM 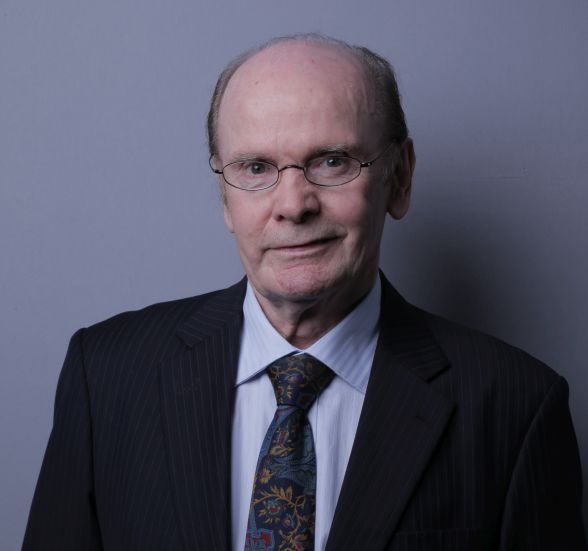 He graduated at the top of his year in Natural Sciences from Trinity College, Dublin in 1965, and proceeded to Cambridge to undertake his PhD in the laboratory of Nobel Prizewinner Lord Alexander Todd.

At UNSW he held the Chair of History and Philosophy of Science, Dean of the Faculty of Arts, Pro-Vice-Chancellor, and inaugural Deputy Vice-Chancellor. In 1991, he became the Foundation Vice-Chancellor and President of Victoria University, Melbourne.

Since 2014, with Tan Sri Jeffrey’s vision in mind, Ronayne has played a pivotal role in establishing the links between Sunway and Oxford and Cambridge Universities.

This article is part of a series in conjunction with the 10th anniversary of Jeffrey Cheah Foundation.