BUILDING THE NATION WITH QUALITY EDUCATION

I WAS one of the first two Jeffrey Cheah Professorial Fellows to be appointed at Gonville and Caius College, Cambridge.

Founded in 1348, Caius is one of the most illustrious Cambridge Colleges, founded by John Caius, a medical doctor.

The college’s reputation in medical education is unparalleled. Fourteen Nobel prizewinners are closely associated with Caius, including Francis Crick, a fellow who elucidated the structure of DNA with James Watson.

I was drawn to the Jeffrey Cheah professorship because of the extraordinary reputation of Tan Sri Dr Jeffrey Cheah as entrepreneur, philanthropist and educationalist who has an abiding interest in the development and welfare of his countrymen and women.

He also has an abiding interest in providing the best possible education to the youth of his country, especially those from less advantaged backgrounds. He set up Sunway College in 1986, with a vision that this beginning would lead to Sunway University and the “Harvard of the East”.

Of particular attraction to me was Tan Sri Dr Cheah’s interest in developing a world-class reputation in the provision of medical care through his Sunway Medical hospital system, and his wish to set up an associated medical school in Sunway University.

I was well aware of the tenacity with which Tan Sri Dr Cheah pursues his aims, and my field – diabetes research – seemed particularly relevant to these ambitions in a country with one of the highest incidence of the disease in South-East Asia.

Early into my appointment as Jeffrey Cheah Professorial Fellow at Caius I was asked to co-ordinate what turned out to be a very successful joint Cambridge-Oxford-Sunway symposium on precision medicine, held at the impressive Sunway University campus. This was followed by a second symposium on stem cells, and the third in 2019 on diabetes.

In all of these activities it was the reputation of Tan Sri Dr Cheah and Sunway that persuaded leading experts from Cambridge, Oxford and other renowned universities to come to Malaysia for three days to bring state of the art theory and technique to these exciting areas of medical research and practice.

The symposia have put Sunway on the world stage and introduced leading experts from around the world to the wonderful city that Tan Sri Dr Cheah has created from a disused tin mine.

I find it most fulfilling to hold a professorship named after Tan Sri Dr Jeffrey Cheah. His eminence as a Malaysian statesman, a successful entrepreneur and benefactor lends great credibility to my efforts to extend my work on diabetes, and its relation to dementia, and my work on novel pathogens, into a new region that has significant health challenges.

The potential for joint research, and access to high tech facilities in Oxford, is of great mutual benefit and through his ambition, foresight and willingness to invest in the future, Tan Sri Dr Cheah has laid the foundations for the Harvard (or Oxbridge) of the East that has always been his vision. 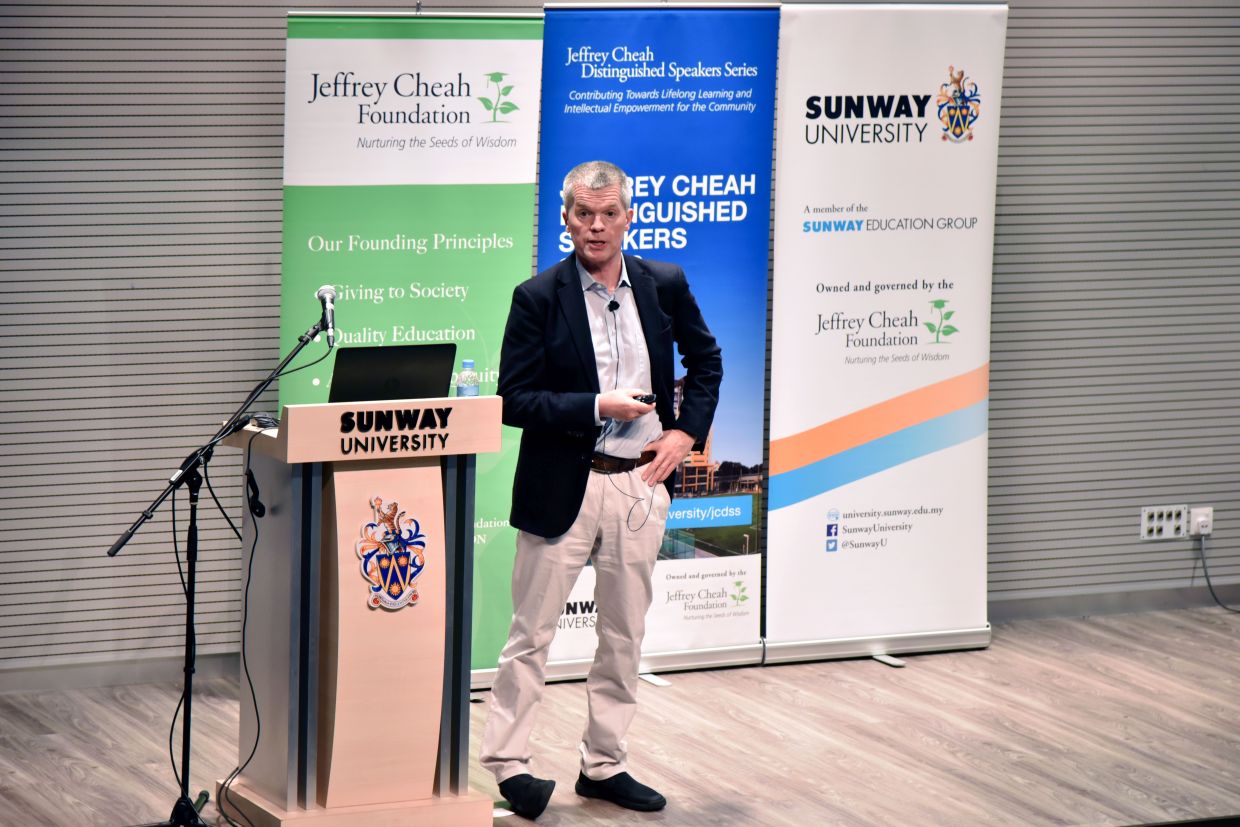 Prof John Todd FRS is Jeffrey Cheah Fellow in Medicine at Brasenose College, Oxford. He was previously Jeffrey Cheah Professorial Fellow at Gonville and Caius College, Cambridge, before he transferred to Oxford in 2018. He is a leading pioneer researcher in the fields of genetics, immunology and diabetes, and is a Professor of Precision Medicine at the University of Oxford.

In his former role as a Professor of Human Genetics and a Wellcome Trust Principal Research Fellow at Oxford, he helped pioneer genome-wide genetic studies, first in mice and then in humans.

His research areas include type 1 diabetes (T1D) genetics and disease mechanisms with the aim of clinical intervention.

Prof Todd holds senior roles as the director of the JDRF/Wellcome Trust Diabetes and Inflammation Laboratory (DIL) at the University’s Wellcome Trust Centre for Human Genetics, and is senior investigator of the UK’s National Institute for Health Research.

He founded and deployed the Cambridge BioResource, a panel of around 17,500 volunteers, both with and without health conditions, to participate in research studies investigating the links between genes, the environment, health and disease.

His significant contribution in genetics and diabetes research has seen him receive several awards and prizes including Fellowship of the Royal Society of London.

In his lifetime, Prof Todd has supervised 29 PhD students with three in progress, garnering over 36,000 total citations.

With a h-index of 93, Prof Todd is considered a “truly unique” individual. The index is an author-level metric that measures both the productivity and citation impact of the publications of a scientist or scholar.