By STEPHANIE AERIA and ANN-MARIE KHOR

Not just about the As: Dr Pradeep Nair holding up a brochure about the SHINE awards.

A degree alone isn’t good enough, young graduates need to be extraordinary for employers to seek them out.

EVERY year, about 200,000 students graduate from universities with a degree in hand. But, a quarter, or about 50,000 of them end up unemployed yearly.

Human Resources Minister Datuk Seri Richard Riot Jaem told the Dewan Rakyat that between 2010 and 2013, the number of unemployed graduates have steadily grown.

In 2010, there were only 42,954 fresh graduates who found themselves jobless.

Also, during the four-year period, unemployed female graduates outnumbered their male counterparts, he said. With multiple higher learning institutions, both public and private, offering various pathways for students to obtain a degree, there is no denying that getting a degree these days is not as difficult as it once used to be.

The Corporate Recruiters Survey 2015 Report released recently by the Graduate Management Admission Council (GMAC), showed that 92% of those surveyed would consider a candidate based on their proven ability to perform. It is clear that it is not the lack of qualifications that gets in the way for job seekers.

In fact, it is what else they have to offer that gets them a job at the end of the day.

In that same report, 89% of employers placed emphasis on strong oral communication skills.

A GMAC spokesperson, when contacted by StarEducate, said Malaysian companies, in anticipation of their growth within the next five years, needed their new employees to be skilful in communication, leadership and strategy.

The Graduate Employability Blueprint 2012-2017, released by the then Higher Education Ministry, also hit the nail on the head with its report.

In it, employer reports stated that graduates lacked several “key characteristics” – a strong command of English, the right attitude and the ability to solve problems. 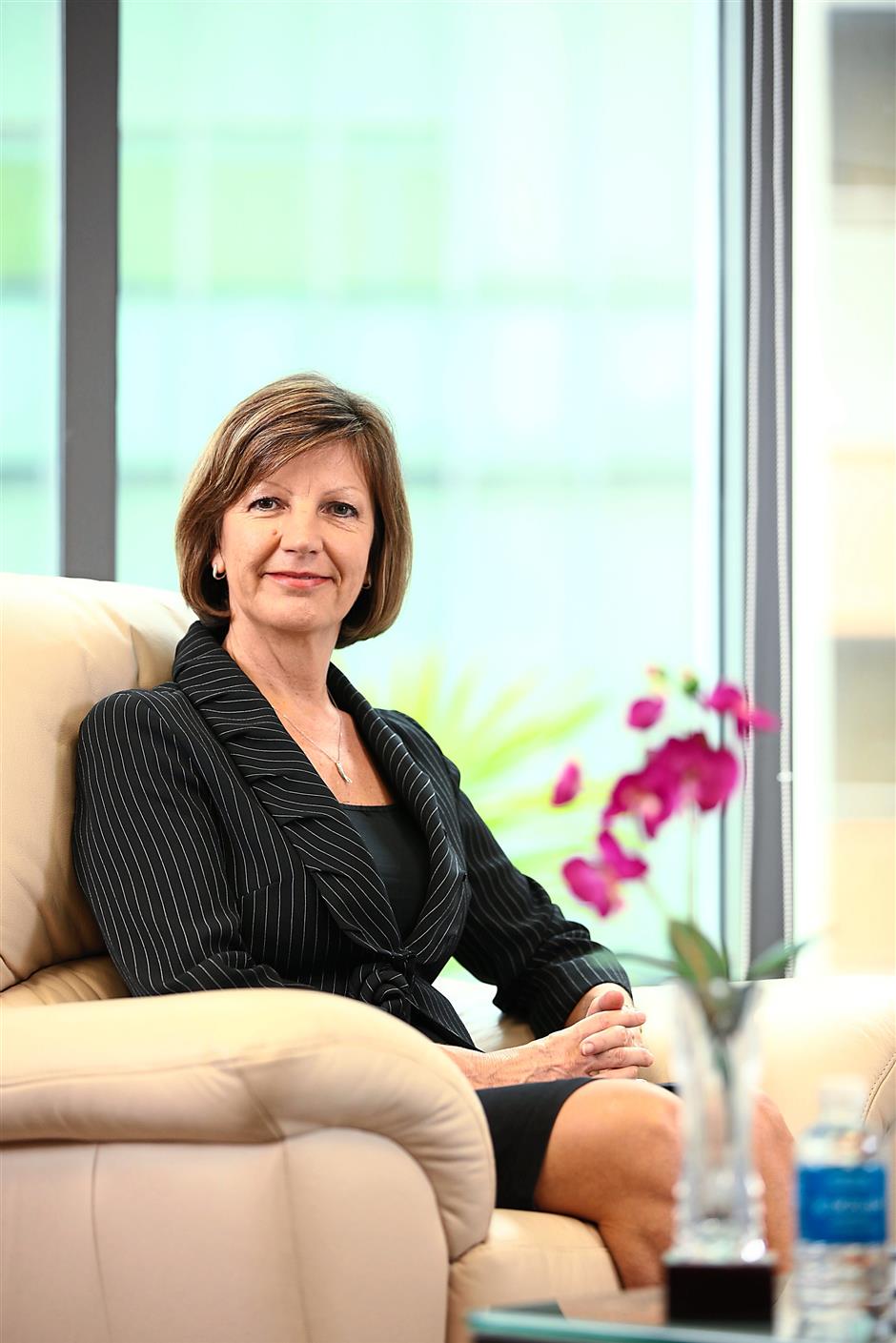 Keeping up: Barlett believes that universities can help students by 'bringing industries to the classroom'.

These days, not only are university graduates expected to perform academically, they also have to be entrepreneurial and grow holistically, said Management & Science Univer­sity president Prof Tan Sri Dr Mohd Shukri Ab Yajid.

“You need to move from comfort to discomfort, and adapt to what the world needs,” he advised the 1,234 who received their scrolls from the university last Sunday.

“Informal learning, which happens outside the classroom through various activities, contribute to the learning experience,” he said.

Strategy and business development general manager Marc Philip didn’t notice it at first, but those who were involved in extracurricular activities had an advantage – they generally made for better employees.

“They’re more resourceful, take the initiative to do things, and are better leaders,” said Philip, who works for a logistics company in the Klang Valley. 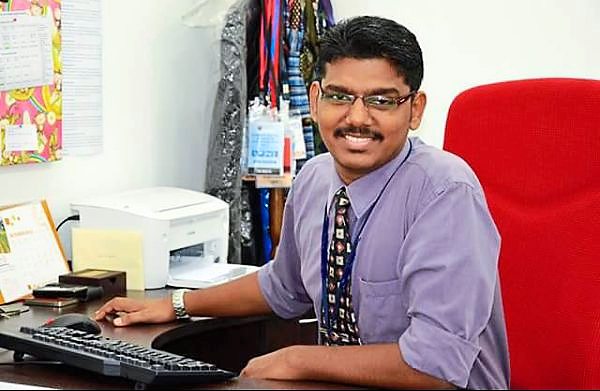 Waste of time: Plllai feels that many students push away extra-curricular activities because they are more focused on getting good grades.

Students who intern, work part-time, or take part in activities that allow them to apply what they’ve learnt in real life, set themselves apart from those who only have a track record of academic excellence, he said.

Obviously, performing on paper alone is not good enough.

Melbourne Business School regional manager (Asia) Jeffery Soong said that even a masters degree may not give you an edge in the competitive job market.

“You need to keep learning, honing and applying the knowledge you’ve learnt in the right way.

“Change is the name of the game. If you don’t keep abreast of what employers want and need, you’ll be out of sync,” he said.

Higher institutions know for a fact that graduates need to shine, even outside of the classroom.

So, tertiary students are often encouraged to take part in co-curricular activities.

At KDU University College, there is even a Co-Curricular Activities and Community subject in the diploma programme. Get your point: Prof Khong says students could accumulate points based on their co-corricular activities.

Its vice-chancellor Prof Khong Yoon Loong said “points” were given based on different levels of participation, victories and positions the students held.

Besides that, universities also run programmes to develop their students’ soft skills.

Students also need to be empowered with the right knowledge and tools to succeed in whatever they do, too.

To do that, international exposure was the key factor, said INTI International University and Colleges chief executive officer Rohit Sharma.

The university was able to provide worldwide opportunities, including overseas study tours, for their students by tapping into the Laureate International Universities network, of which INTI is a part of, he added.

Students have to keep up with the ever-changing industries, which is why universities need to “bring the industry to the classroom”, said Monash University Malaysia president and pro-vice-chancellor Prof Helen Bartlett.

One might wonder – is there a way for a student to tie all these experiences together into a package for their potential employers when job-hunting?

There is, with Taylor’s University’s latest initiative – the “second transcript”.

Deputy vice-chancellor Dr Pradeep Nair, who came up with the idea, said the university took it a step further with their SHINE Awards.

From their first year right up to the day they graduate, students go through the programme which he said covered four learning packages.

Each “package” is made up of workshops and experiential activities. Students have to then upload videos, pictures or testimonials to their online portfolio as proof of participation.

The e-portfolio is what is known as a “second transcript”, which is a transcript of their co-curricular activities.

The programme, officially launched at the end of last year, is now being used by the Education Ministry as a model under the Malaysia Education Blueprint 2015-2025’s (Higher Education) university transformation programme.

“My dream is to see everyone in Taylor’s and other varsities in Malaysia adopt this concept. It will produce a different generation of learners,” said Dr Nair.

Depite what these institutions have done, fresh graduates still struggle to find jobs.

One of them, who only wanted to be known as Chris had been struggling to find a job for several months. He graduated with a marketing degree early this year.

“It’s not easy, I feel that many companies out there are very strict when it comes to hiring people,” said Chris, who is from Subang Jaya. He said that companies are not calling him because he lacks the experience. Still, Chris said that he had no regrets about not taking part in extra-curricular activities in college.

“I’m done with four years of college, I’m ready to move on,” he added.

As for now, he’ll find “something” just to gain experience, he said, adding that it may pave the way for a better job.

Brandon Kelvin Nunis had a similar experience back in 2013. Although he’s working full-time as a digital executive with a local radio station now, the 25-year-old struggled for a year before securing a job.

“It wasn’t easy. The competition was tough. Plus, there was a language barrier, I cannot speak any Chinese dialects,” he shared.

Looking back now, he wished he had been more involved in activities back in university, despite the fact that some societies were not very active,

It might be hard, but he advised fresh graduates “not to expect too much from their first job.” He is of the view that one should earn their worth and respect, then climb the career ladder.

Universities are where students can transform into all-rounders, which Pillai described as a “buffer zone”.

He coined the term “short-sighted goal syndrome”, referring to how graduates often performed well academically only because there was pressure from their friends, parents or society.

“Students come into universities with one aim – to graduate. Other things unrelated to academics are considered a waste of time, which prevents students from making use of every opportunity given,” said the experienced counsellor.

But this shouldn’t be the case, as universities offer learning opportunities both within and outside the lecture halls.

Higher education providers can certainly do their part to combat unemployment among fresh graduates.

Petra Group president and group chief executive officer Datuk Vinod Sekhar said at a recent University of Wolverhampton event in Kuala Lumpur that institutions had to “rethink the way education is offered”.

“The greatest movements in the world was made by functional dreamers. Those who dream, and then do something about it,” he said, referring to Mahatma Gandhi and Steve Jobs as examples.

Sekhar said that “it goes beyond having a degree”.

“Students have to be taught on how to succeed in this world.

“So, universities need to adapt to what the world needs today, and be a platform for these functional dreamers,” he said.