Finding the right fit at work may take some time but what is important is doing and loving what we do.

THE sky’s the limit and studying science or psychology does not mean one has to become a scientist or psychologist.

As L’Oreal Malaysia (L’Oreal) human resource director Nora Mahbob shares the education one receives is groundwork which can be used to nurture. Nora says that it is about the willingness to continually learn new skills as employees progress.

“The modules and subjects taught in varsities teach students how to analyse, solve problems and to some extent presentation and communication skills,” she adds.

Nora shares that she herself has a civil engineering background while other HR staff at the company studied biotechnology and chemistry.

She says that the country’s education system does not expose students to the many career options available so they end up making more conventional career choices.

“Many students choose their courses based on the credits in the Sijil Pelajaran Malaysia (SPM) examinations. They submit applications depending on the credits they need to get into certain courses.

“At the end of the day, that may not be something that they like or enjoy,” she adds.

Nora was quick to point out that although having a background in a chosen field is beneficial, in the long run, it does not make much of a difference.

“What I’m saying is that generally, it’s not really important because you can acquire some of the necessary skills while on the job,” she adds.

“To me, as you grow in your career, it’s not just about technical knowledge, it’s also about business acumen, common sense and people skills.

“That is when the technical competency becomes secondary and other competencies become more important,” says Nora.

“As an example under the Young Entrepreneur Programme (YEP) which is a a L’Oreal Management Trainee Programme, our graduate trainees learn these skills as they go through the different divisions at the company,” she says.

The YEP was created by L’Oreal and designed for graduates with outstanding profiles where their talents are developed to grow in the L’Oreal business.

It is a 12-month structured development programme where YEP candidates are trained and prepared to be L’Oreal future leaders. They face rigorous evaluation to identify fast trackers and a good manager will selected to be their coach. At the end of the programme, successful YEP trainees will be offered jobs while the best of the intake will be sent on a three-month YEP programme in an Asean country.

Nora advises job hunters to take control of the interview and confidently share their views and ideas.

“Graduates at interviews shouldn’t be quiet. They have to showcase the qualities they have and be able to sell themselves,” she explains.

Nora feels that many of today’s youth are hopping from one career path to another because of better opportunities.

“When they leave school and gain exposure, they realise maybe they can do something different,” she says.

Social media has also exposed and helped to influence the career choices of Gen Y.

“The younger generation today is exposed to so many things. They can compare and make their choices now because of the awareness they have today. Gen Y wants things fast and prefer to fast track their career,” she adds.

Searching for what fits

The young employees at L’Oreal are given the opportunity to explore different fields before settling into their current roles there.

Jojo Tan Ying Rou, 23, is currently a product executive for Maybelline, one of the brands under L’Oreal. 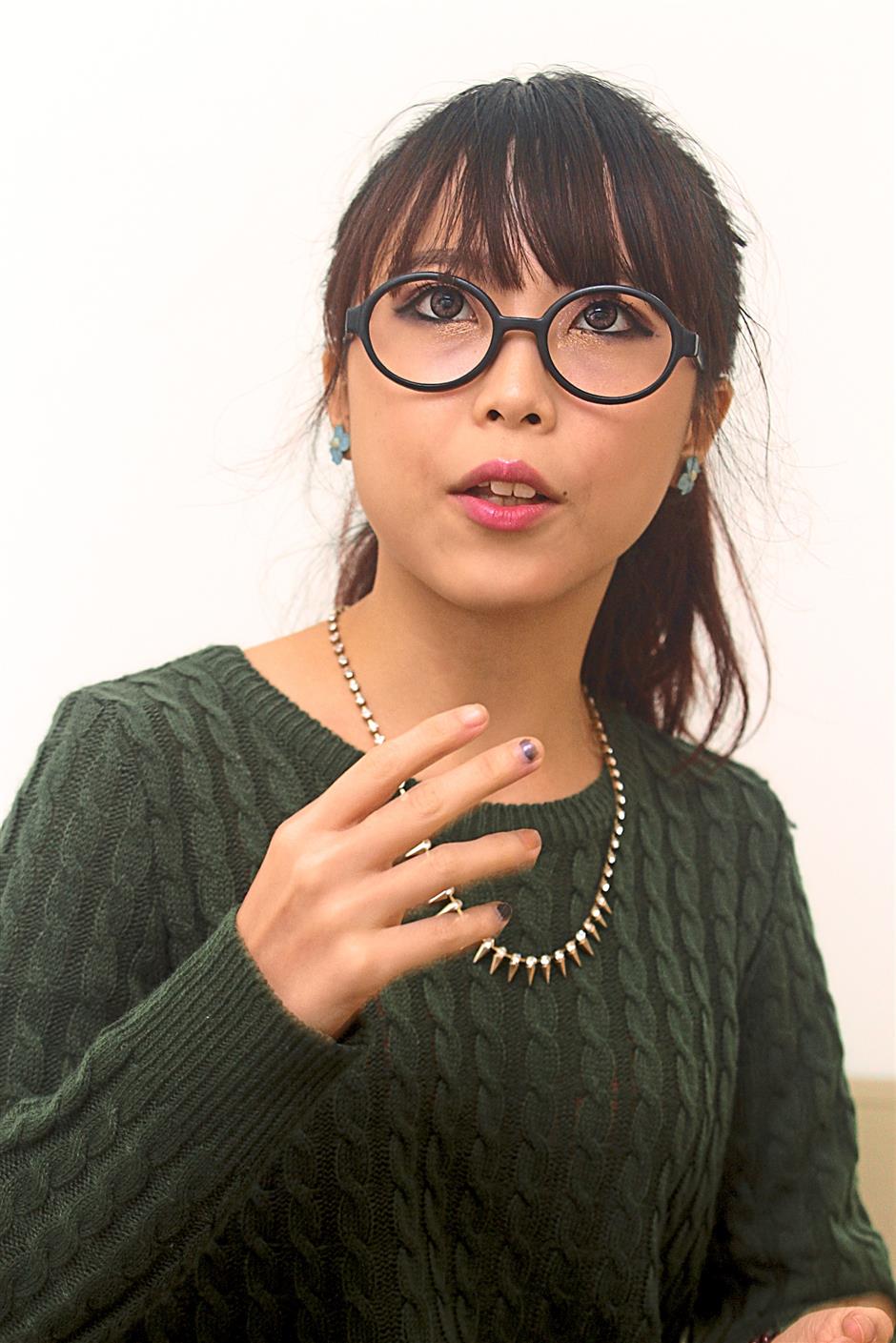 Jojo feels psychology can be applied in many ways including consumer behaviour.

The psychology graduate says it is not easy to get a job specific to psychology in Malaysia.

“I studied psychology as I’m always wondering what other people are thinking. It’s very interesting to know how one will react to the situation and what is the motivation driving them.

“I thought psychology is something which can be applied in many ways including consumer behaviour,” she says, adding that this prompted her to give marketing a try at L’Oreal.

She joined L’Oreal’s YEP and was chosen to go to Singapore to complete her stint last year.

Jojo was tasked with learning about digital platforms while in Singapore and she brought that expertise back which she then applied to the local market in Malaysia.

“How do I build Maybelline digitally? They gave me a digital project,” she says, adding that Maybelline is a brand for the young and is very digitally driven.

“I learnt to take Facebook postings more seriously as they represent the brand and how we connect with our fans,” she explains. She is proud of how Maybelline’s Instagram account has become more active since then.

“I can’t just incorporate what is being done in Singapore here as I have to adapt and learn what is relevant to the local market,” she says. Jojo adds that she sees herself staying on in the company as she loves colours and cosmetics.

“When I came in I felt that this is my passion. Doing something that I’m really passionate about is a blessing,” adds the Banting native. Anthony (middle) with his team mates making their presentation when they represented Malaysia at the L’Oréal Brandstorm international finals in June 2008 in Paris, France.

Anthony Yan Kong Loy, 29, studied biology and majored in genetics but is currently an assistant retail manager for luxury brands in L’Oreal Malaysia. Among the brands he manages are Ralph Lauren, Giorgio Armani and Diesel.

He first got a taste of L’Oreal after taking part in the 2008 L’Oreal Brandstorm competition with two of his friends - one studied chemistry, the other English — where they won the national finals. He and his team were sent to Paris, France to compete at the international level.

“We had no expectations to win. We just wanted to experience how a business works,” he says.

“Ever since then, I have been interested in the company and applied immediately after graduation.”

Banking, finance and management graduate and current retail executive for Kiehl’s Aina Mazril Ahmad Mazlan, 26, says she did her internship in finance during her varsity days in the United Kingdom.

“It was great but then I went for a couple of interviews for banking. I felt that it’s not for me,” she says.

“It’s serious and really did not match my personality,” says the bubbly girl, adding that she finds herself better at people management.

She subsequently returned to Malaysia and joined the YEP programme. 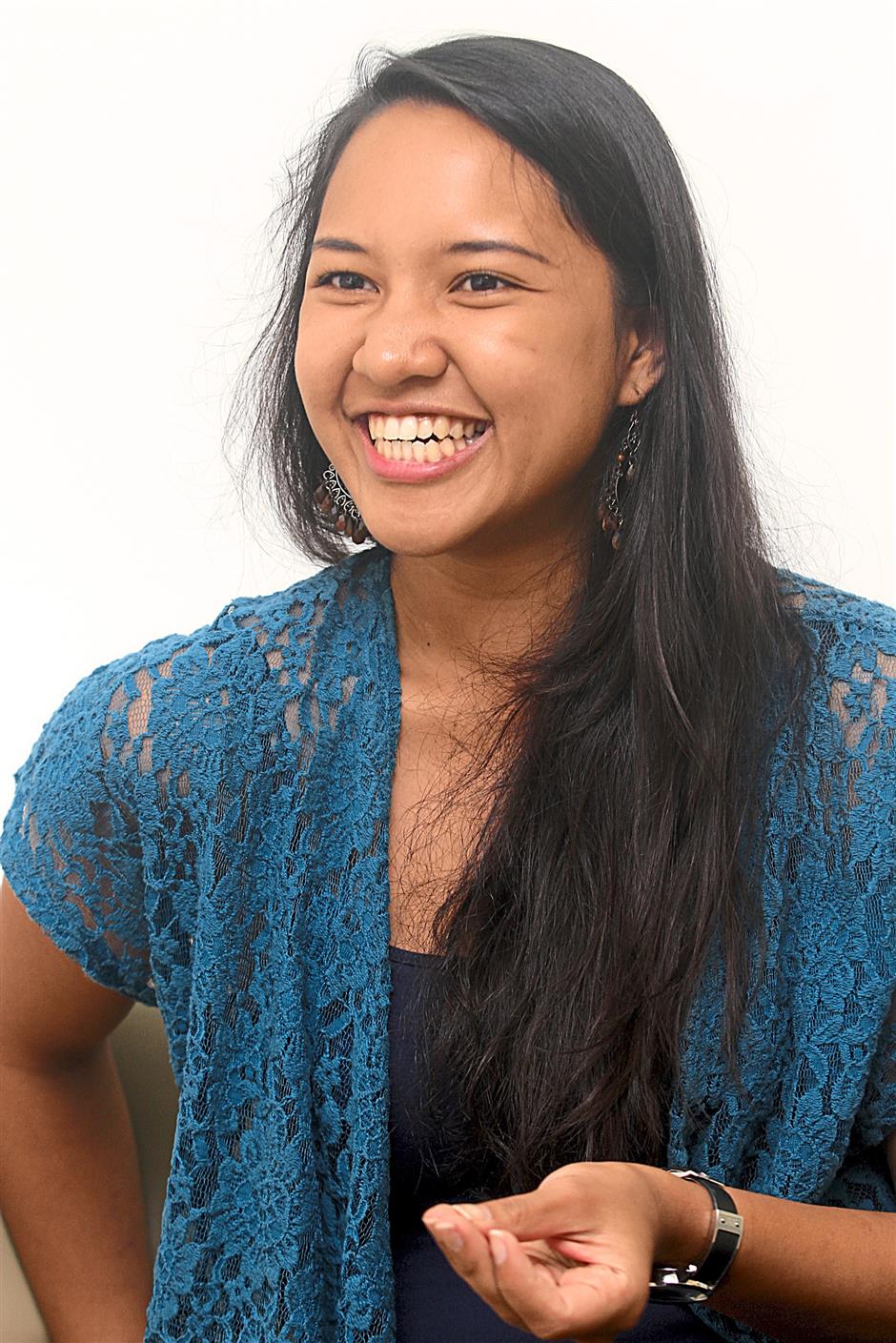 Aina Mazril likes the creative and open-minded culture at the company.

“When I came to L’Oreal, they saw that I was suited for retail because it deals with people like our beauty advisors in the stores.

“I knew I wanted to get into L’Oreal because I felt my personality is a good match here,” she adds.

She says she likes the creative and open-minded culture at the company.

“There are many opportunities and is not about doing just one thing. Even in retail there is a chance of helping with marketing too,” she adds.

Aina Mazril says her ambitions have changed over the years from an engineer to becoming a businesswoman to climbing the corporate ladder as a banker.

L’Oreal’s openness to accepting people from different fields is not just confined to Malaysia.

She actually holds an undergraduate degree in industrial engineering but is now working in L’Oreal Philippines’ marketing department and enjoying every moment of it.

“I did an internship with a company in supply chain which was related to my studies but I discovered it wasn’t my passion. I was drawn to marketing,” she says.

The overseas placement, she adds, is unique as not many of her friends received such an opportunity. A science degree does not limit an individual to working in research or a laboratory as the sky is the limit depending on one’s interest. -File photo

“This experience has taught me to think more globally while embracing diversity and learning to work with people from other cultures.

“Malaysia is the perfect melting pot of a multi-racial culture,” she says.

It was a slightly different tale for Roy Kow Fook Wai who started his career with an accounting degree.

He saw himself in the finance line from the get-go of his tertiary education.

He even joined L’Oreal’s finance department but fate had different plans for him. He switched tracks after eight years and took on brand management.

“I switched from finance to brand management mainly because it’s a new challenge,” he says.

“Even when I was in finance, I dealt with customers so one day my boss suggested that I move to sales as I was proactive in dealing with customers,” he shares.

Nora shares that at the end of the day, it’s all about wanting to grow.

“Do what you love and love what you do,” she says.