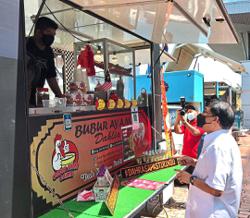 THIS year Hari Raya Aidilfitri was a muted affair for my family not because of the movement control order imposed to curb the Covid-19 pandemic but because of the passing of my mother Ungku Hawa Mohammad, from colon cancer.

She would have celebrated her 72nd birthday on Aug 7, but sadly she left us on Feb 26.

My mother had endured back pain for over a year, taking painkillers from time to time, not knowing she had cancer.

Suggestions by my father, sister and I that she seek medical treatment were immediately shot down.

Her excuse was that she could rely on more medication.

My mother would retort that she was healthy and that “all would be well” whenever we brought up the issue of making an appointment with a specialist for her.

Our family dinner about a week before her passing when she cooked us mee rebus was also our last, and little did we know then that it was to be the final time my four-year-old son would be with his grandmother.

In fact, some days after the family dinner I had an uneasy feeling while still at work and decided to visit my parents.

When I reached the house, my mother was lying on the sofa in great agony while my father watched her helplessly telling me that she had abdominal pain.

I called up my sister who rushed home and together we took her to a clinic run by a doctor who was also a close family friend.

He advised us to admit her at a hospital where she would have access to full-time care and treatment.

We returned home to get my mother’s clothes and other personal items.

It was an emotional moment that’s etched in my memory as my parents who had been married for almost 40 years, embraced each other for what was to be their last time.

While my mother asked for forgiveness, my dad who is wheelchair-bound said he loved her dearly, telling her to take care of herself.

While on our way to the hospital, my mother reminded me take good care of my father, look into his medical appointments and to make sure he took his medicines on time.

That was my mother – always selfless, putting the needs of others above her own and that’s what made her special not only to her immediate but also extended family and others who knew her.

She would go out of her way to help others including giving sound advice not only to my sister and I, but to her nephews, nieces, siblings, friends and strangers too.

Among them was a doctor who was carrying out tests on my mother at the hospital.

She quickly put him at ease and in no time, he opened up to his patient saying he had marital problems.

Her maternal instincts kicked in and she offered him a good dose of patience, understanding and guidance.

The following morning, the doctor showed us the results stating that my mother was suffering from stage four cancer – it had spread to her bones.

It was then apparent to us that it was the disease that had caused her so much pain over the last year.

The doctor informed us that she would require surgery at another hospital.

When we broke the news to her, she smiled, took it in her stride and told us to take her home.

My sister could not hold back her tears, telling our mother that we needed her as she was the rock in our family.

Our mother in turn told us to be strong and that as siblings, we had to be there for each other.

With the standard operating procedures (SOP) in place, my mum’s sister and the rest of our extended family who lived outside Johor were given permission for interstate travel.

They were hoping to see her before she underwent the operation. However, it was not meant to be.

I was outside the emergency area when my wife came rushing out telling me that something was wrong with my mother.

My sister and I prayed, hoping that our mother would be alright as we saw a team of doctors and nurses rushing towards her.

A few minutes later, a doctor came to tell us that she had passed away. My sister and I broke down then.

Breaking the news to my father was difficult but it had to be done.

He was inconsolable, especially when her body arrived home.

These past few months have been a difficult period for my family and the loss of our pillar and rock has been immense.

I miss my mother for her wisdom, love and great food.

She had given her favourite festive recipes to my sister and my wife and had trained both in cooking the dishes, especially laksa Johor and harissa, which is a dish made of chicken and oats.

While this year’s Hari Raya was indeed a quiet one, it was also a time to reflect, remember and celebrate my mother.

The memory of her delectable dishes, jokes and laughter will always make our house a happy home. 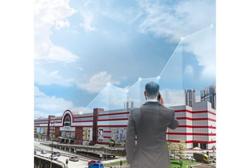 Resilience will keep us on road to recovery
One food station too many
SOP will not be of much use if people do not take rules seriously
Fun-filled classes can be just as effective
Spell out SOP clearly to public
Missing the adrenaline rush
Go green, go easy on your wallet
What it takes to be a journalist
When poor upkeep of facilities affects public
‘Protect vulnerable maids’