Leading a team: Sit says her initial failure with her company was due to the lack of leadership.

ENTREPRENEURSHIP is more than just about running a successful business. One also needs to be equipped with leadership skills to start a company, says Natalie Sit (pic), 39.

The entrepreneur, who became the founder and chief executive officer of Acestar Sdn Bhd, says providing leadership and building a strong team were important traits in ensuring a business was sustainable.

In her session, titled ‘Entrepreneurship is not just business but leadership’, Sit recounts her own story on how she almost lost her company because she was so busy running the business that she did not lead her team to grow the company with her.

Sit was a successful salesperson in her early 20s.

At 23, she had bought a house for her parents from the money she earned.

But she chose not to settle as a salesperson and eventually founded Acestar in 2008.

However, her IT solutions company could only hire a few workers and Sit took a heavy load on her shoulders, doing almost everything from sales to delivery.

The demand, coupled with the stress, took a toll on her and her health suffered.

While recuperating from a surgery, all of Sit’s employees resigned from the company.

“It was such a low point for me, and I stayed awake at night because I could not sleep.

“Doing business was so much harder than doing sales, but it has also made me understand one thing, that my failure is because of leadership.

“I was top in sales but I did not know how to build my team,” she says.

When she recovered, she put in more effort into growing her team along with the company.

“In 2015, we made RM22mil from RM12mil previously after I decided to digitalise my sales activity,” says Sit, who was named Female Entrepreneur of the Year in the Up to RM25mil revenue category in SOBA 2016.

She says going digital has transformed her business as it has increased her productivity by 50%.

Following the successful turnout at the Penang workshop, Star Media Group will continue its SME engagement and education with the Learning Series workshops in Ipoh and Johor.

The workshop in Ipoh, which will be held on July 18 at the Star Ipoh Bureau, will feature ExcelVite Sdn Bhd chief executive officer WH Leong who will share on the company’s success in bringing its locally produced palm phytonutrients to the global market.

ExcelVite was the Rising Star winner at SOBA 2016.

The Learning Series will then move to Johor on July 20 at New York Hotel, Johor Baru.

The Johor workshop will be conducted in Chinese to cater to the Mandarin-speaking SMEs in the southern region.

Ngei will be sharing his thoughts and experience on transforming a company to attract new talents for a sustainable business while Khiu will touch on making the most of what you have to be an extraordinary entrepreneur.

Both the workshops in Ipoh and Johor will also have a lineup of industry leaders from Digi, AmBank Group, Human Resources Development Fund (HRDF), Credit Guarantee Corporation (CGC) and Matrade who will share insights on pressing issues such as managing talents in SMEs, financial solutions in a changing business landscape, effective and efficient ways to digitalise SME businesses, potential pitfalls and derailments in the SME industry as well as platforms to expand businesses abroad.

The final workshop for the year will be held in Petaling Jaya, Selangor on July 27.

The workshops will run from 9am to 1pm.

Entry for the SOBA Learning Series is free of charge but seats are limited. Interested participants are encouraged to register at www.soba.com.my to secure a seat on a first-come-first-served basis. 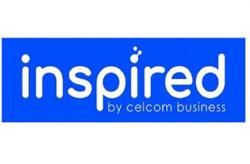