RESIDENTS of Taman Sri Muda in Shah Alam do not want a repeat of the devastating floods of Dec 18 last year.

They want the authorities to work harder to maintain infrastructure like clearing up clogged drains and desilting retention ponds.

They also hope the authorities will be more efficient in rescue measures should the same predicament recur.

Food stall owner Siti Junizanor Zainudin, 35, who ran her business outside her house in Jalan Bahagia 25/17, was stranded inside her two-storey house on the upper floor (the lower floor was submerged in floodwater) with her late son who suffered from brain cancer.

“I want the authorities to be ready with aid and reinforcements, especially for people who have family members who are ill,” she told StarMetro.

Another food stall owner Norizan Sulaiman, 44, a mother of four who lived in Jalan 25/20, wants the Fire and Rescue Department and Shah Alam City Council (MBSA) to be more alert and perceptive towards flood victims.

“The authorities’ handling of the floods last year was chaotic with no proper procedures in place.

“The flood was unexpected. We hope they can manage the situation better if it happens again,” she said.

Taman Sri Muda Zone D Residents Association chairman Andrew De Silva said the main problem of the floods since October 2019 and August this year was the excess water flowing from Kemuning Utama and Kesas Expressway through a water canal.

“The association has addressed this issue with MBSA’s Engineering Department director on Aug 6, 2020 and January 2021. We have not received a reply yet,” he said.

Taman Melawis in Klang also suffered terribly during the floods, and residents thought it was made worse by the poor drainage system and upkeep of infrastructure.

Retiree Kardel Singh, 70, said the earth drain beside his house was clogged with undergrowth.

“There is lack of maintenance. We have reported to the Klang Municipal Council twice.

“With the choked drains and high tide from Sungai Klang, the floods last year happened really fast because of overflow.

“We can see cracks and erosions at our homes because of this,” he said.

Activist and humanitarian volunteer Amalina Annuar, 27, said there needed to be more coordinated effort and responsibility by the authorities to better manage floods.

“We had to use a wheelchair to carry my late grandmother, who was bedridden in her home in Taman Lagenda Suria, to her neighbour’s house for shelter.

“She was stuck there for 24 hours with no assistance or rescue from the authorities.

“No more excuses. There needs to be better flood alert systems and alarms put in place, and upgrading of drainage systems in low-lying areas,” she said. 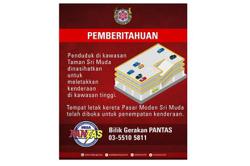 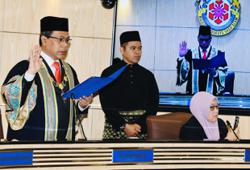