SJI ’98 (in black jerseys) against SJI ’99 (orange) during the Masters finals at Padang Ilsas, Uniten in Kajang.

Most were excited to compete again after a two-year break due to the Covid-19 pandemic.

The cup is a tribute to two brothers, David and the late Vincent Fernandez, former educators at SJI who cultivated an interest in sports among students.

Organised by former SJI students with the support of St John’s Alumni Association, the football competition featured 57 matches played throughout the day.

Players battled it out on the field despite wet soil conditions from downpours and the intensity was palpable in the Veterans finals, where the Class of ’01 was victorious against the Class of ’02.

The former scored three goals against their opponents, with Class of ’02 pulling one back to make it 3-1 at the final whistle.

Even though the final matches were interrupted by thunderstorms and heavy rain, the players rose to the challenge and communicated with one another over the sound of the wind and rain.

David said he was moved that his former football team organised the event in his honour.

“The reason I am so happy is that these competitions bring the old boys back together in a show of unity and good spirit, and that is all I ask for,” he said.

“I enjoy watching my boys, whom I trained for many years, gather to continue this tradition.

“I have coached since 1973 and when I started, I was asked to coach the Form 1 football team, which I gladly accepted.”

He added that by the time they were in Form 2, they emerged victorious against the under-15 school team and from there, won numerous competitions together.

“It was a steady progress for football in SJI from the early 1970s,” he said.

“We trained really hard. Now, I can see they are still maintaining this spirit, in good training and good health.”

FCC organising committee member and tournament director Manikkam Rajagopal said the former students were reminded of their school days playing football in the rain together as friends.

“There was also a Milo truck during the event and these 50-year-old men were running towards the truck like little kids.

“The cup competition is not about winning, it is about the bond Johannians create through the events.

“There was a player from my ’92 batch, a doctor residing in Australia, who came back because he had heard the tournament was taking place,” he said, adding that this was when they cherished their coaches’ legacy as well.

“This is the spirit of Johannians, always being there for each other.” 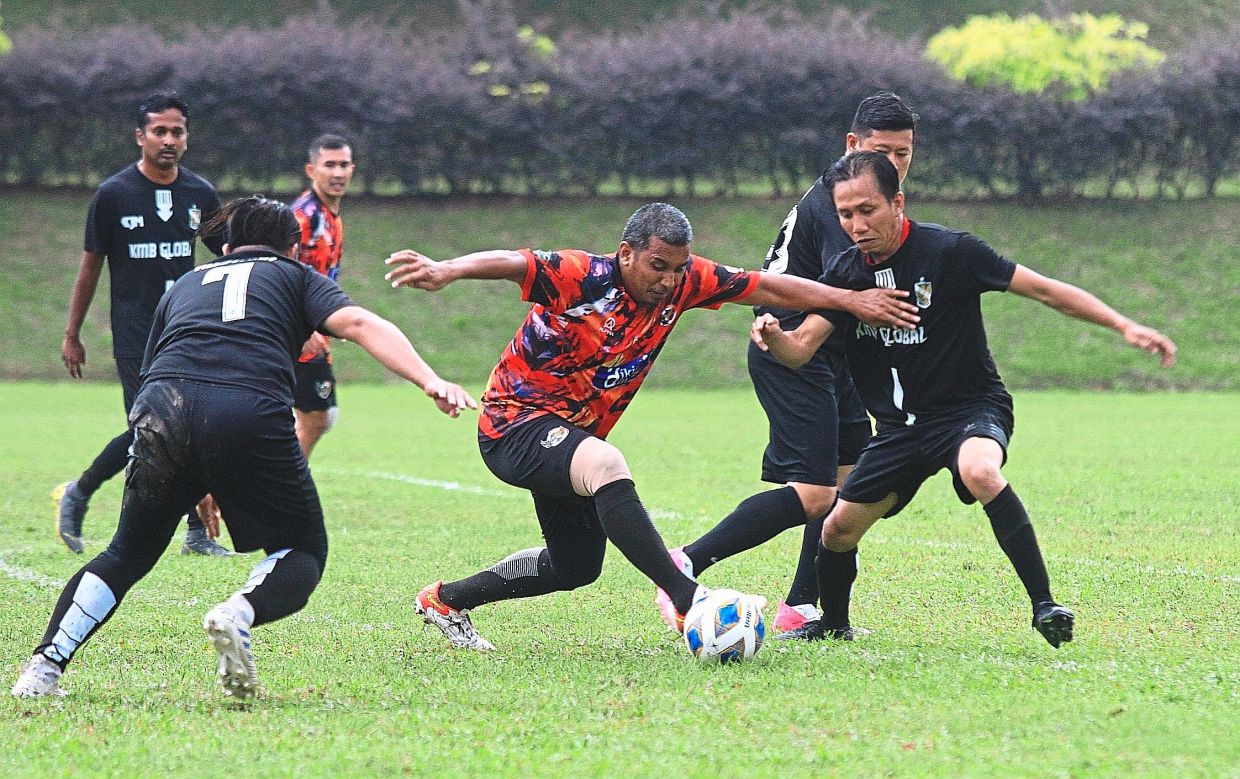 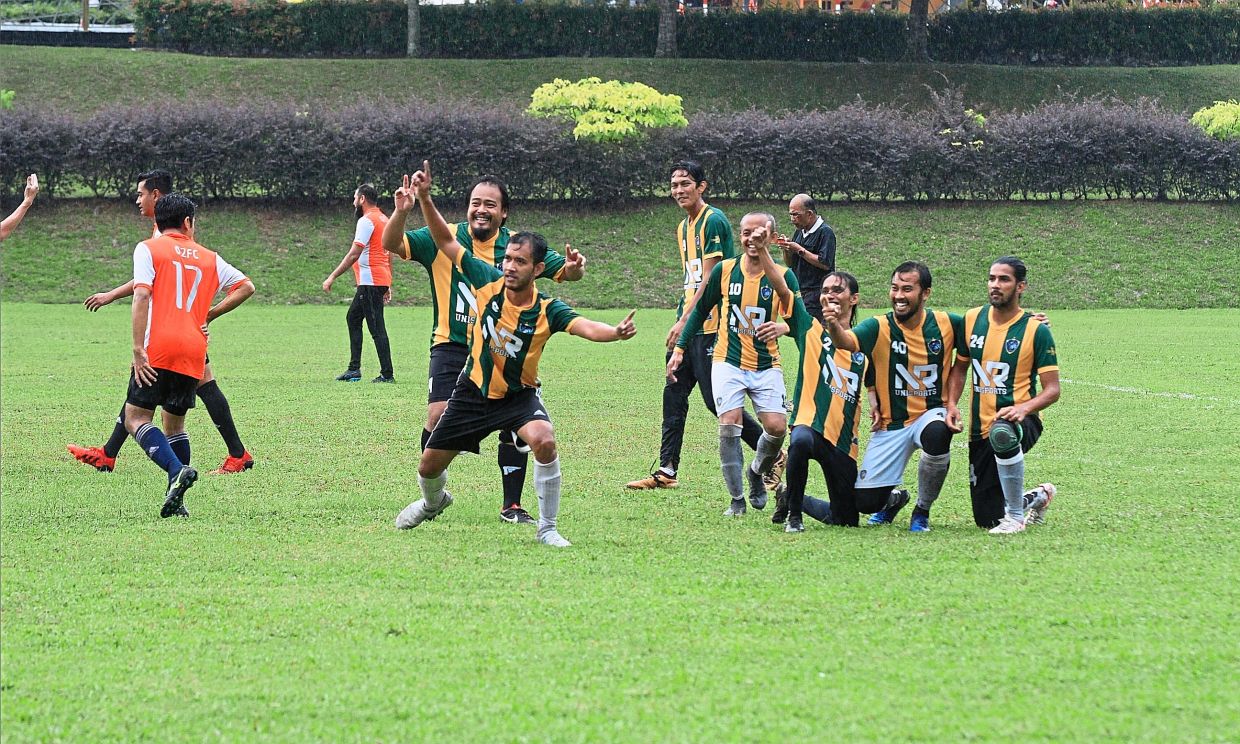 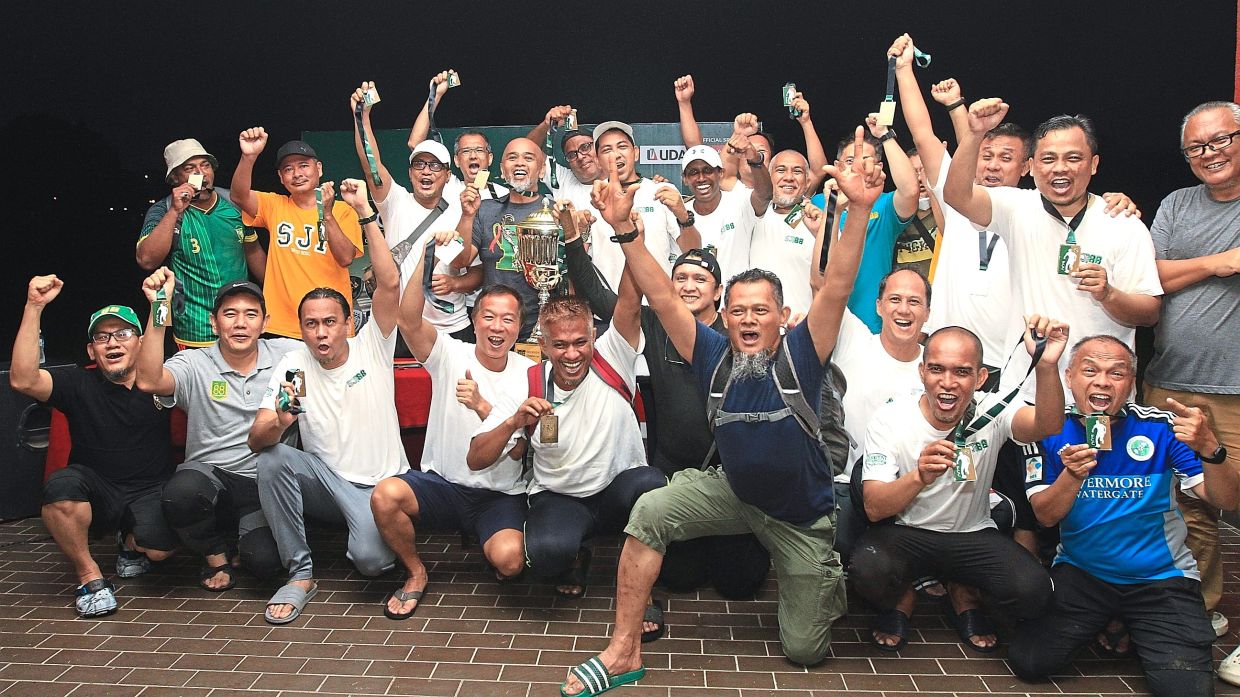 SJI ’98 (in black jerseys) against SJI ’99 (orange) during the Masters finals at Padang Ilsas, Uniten in Kajang.

SJI Class of 2001 celebrating after scoring a goal.

SJI class of ’88 with their Legends trophy.