By JADE CHAN and AIDA AHMAD

Selangor government will set up a food security committee (Jawatankuasa Sekuriti Makanan Selangor or SMS) to look into matters such as food supply and prices in the state.

“We are in the process of establishing the committee,” said state infrastructure and public amenities, agriculture modernisation and agro-based industry committee chairman Izham Hashim.

He was responding to a question by Lee Kee Hiong (PH-Kuala Kubu Baharu) on food security in Selangor.

Izham said he would chair the committee.

It will also include food sector industry players, public and private institutions of higher education and professionals who can provide insight, recommendations and advice on implementing food security in Selangor.

“The committee will look into creating accurate data and information related to the agricultural sector, and focus on key food chain elements in line with the Selangor Agro Transformation Plan (PeTA) policy,” Izham said during the state assembly sitting in Shah Alam.

“SMS will focus on three important aspects which are availability, accessibility and affordability to ensure the food supply chain is implemented properly.

“Land use, seed preparation, food production and related support systems (such as agriculture feed), warehousing and marketing are some of the key elements that will be given emphasis,” he added.On land used for agriculture in Selangor, Izham said the total was 298,548ha in 2012 but this figure had dropped by 5.3% over a 10-year period.

“This brings the total land usage for the TKPM programme to 6,879ha.

“Under the Selangor Structure Plan 2025, 79,574ha or 10% of the land area in Selangor has been proposed to be maintained for food agriculture purposes.

“All the TKPM locations in Selangor remain active, except for TKPM Bestari Jaya as that area is involved in the Hybrid Off-River Augmentation System project,” he disclosed.

“SMS will indeed serve as a master committee for food security matters in Selangor but is subject to the PeTA policy,” explained Izham.

As for TNB land, he said there were ongoing discussions with the utility company to use the reserve land for cultivation of cash crops, though certain plants such as bananas were not allowed due to their high water content and height, which could pose a danger to utility structures. 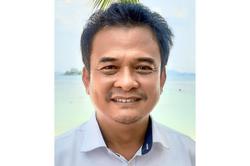