IT took five hours and about 50 officers from the Kuala Lumpur City Hall (DBKL) including the police and Tenaga Nasional Berhad (TNB) to dismantle, demolish and confiscate items from a restaurant at Jalan 4/91, in Taman Shamelin Perkasa for obstruction and putting up illegal extensions.

The illegal structure was built over a five-footway of the shop and had encroached on a public drain and pedestrian walkway.

Despite numerous notices issued to the owner during the past few months, the owner failed to remove the obstructions.

“He had installed awnings outside the premises, huge exhaust fans and placed stalls along the five-footway covering the main drains to maximise space inside his restaurant.

“He also installed Astro turf on the public walkway with fluorescent light and a barbecue pit - all obstructions offences under Section 47 and Section 70 of Street Drainage and Building Act 1974,”’ said an officer at the site. 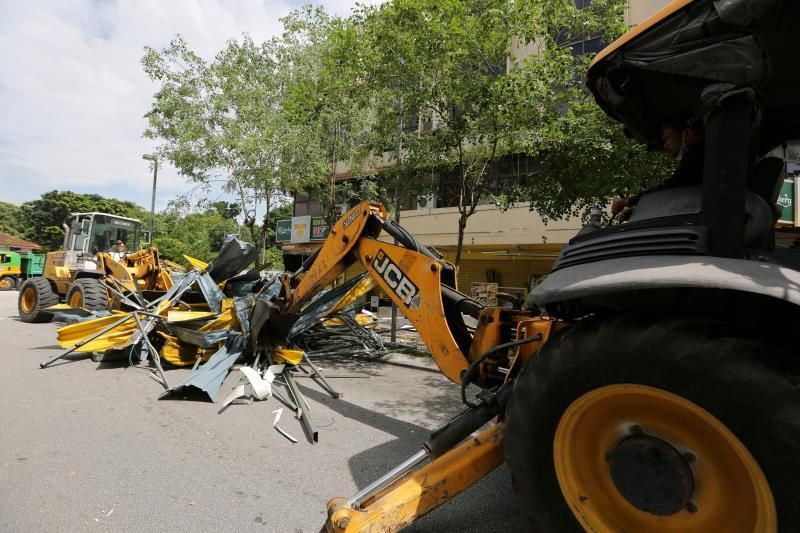 The officer added that the obstructions prevented Alam Flora from cleaning the drains and caused congestion from vehicles illegally parked outside the eatery.

“Since he did not remove the obstructions on his own despite the notices, the cost of taking down the illegal structures will be borne by the owner of the building where the extensions were built,’’ added the officer.

DBKL officers and personnel from various departments used a crane, tractors, backhoe, metal and gas cutters and lorries to remove and transport the items to their depot in Cheras.

The entire operation brought out people from nearby areas to come out of their homes and offices to watch the spectacle.

“I am happy DBKL finally acted upon our complaints about the obstructions,’’ said John Tan, a resident from Shamelin Star Capella Residences. “It wasn’t just the obstructions by that restaurant. We are facing space constraints here and people are parking on public walkways because the restaurants are encroaching into our walkway.

“There is no space for people to walk without putting ourselves in danger,’’ he said.

“The law is the law. People just can’t encroach into public space like it’s their grandfather’s property,’’ said Malar Devi.

“We need more enforcement by DBKL so that others who break the law would stop and think twice before doing it again,’’ she said. 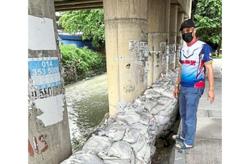 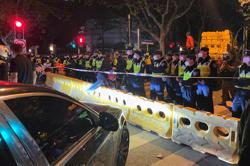