A DIKIR barat performance that started off with "Wau Bulan" and ending with "It's My Life". Poetry readings. Singing. Dancing.

That was how the students of Wesley Methodist School Kuala Lumpur (International) celebrated Unity Day in their school hall recently.

Carrying the theme "Let's build and never destroy", the main message sent out that day was, as long as we can love one another, regardless of race, religion, background and social standing, we will be able to cast aside our differences to work together and achieve unity and harmony as a nation.

The occasion started off with the sounds of a bugle, followed by the marching in of the school's Boys and Girls Brigade bearing the state and national flags.

Leading this procession was school principal Wong Chee Keon followed by guests who had been invited to grace the occasion.

Welcoming the entire entourage was a rousing drum performance and two emcees who would conduct the ceremony in English and Bahasa Malaysia. Also making this occasion unique was the effort taken by the guests to sing and read poetry for their young audience.

They were all given a warm response each time they took their place on stage, with students giving Letfee a round of thunderous applause when he announced his willingness to conduct mentoring sessions on performing arts for free at the school.

They waved their hands and swayed in time as Adiwangsa performed a keroncong rendition of Search’s "Fantasia Bulan Madu".

They formed hearts with their hands when Ras Adiba went on stage to sing "Sejahtera Malaysia" and she reciprocated by teaching her audience how to say "I love you" in sign language.

They also cheered when the senator and Bernama chairman activated her standing wheelchair.

After the ceremony, when the invited guests had gathered at the conference rooms for refreshments, two students summoned up the courage to ask their teachers for permission to be admitted so they could get autographs from Chun Wai.

Summing up the occasion in a nutshell was Wong who said that the gathering was a first for the students after a two year-year hiatus due to restrictions imposed by the movement control order.

"The students only had two weeks to prepare. Even then, they only had an hour to practice every day. But they were eager to gather after such a long break," said Wong.

On the reason why the line-up of guests were mostly from the arts field, Wong explained that inculcating creativity was an important component in the making of well rounded students for it is in arts that students will learn to exercise their imagination and learn how to think out of the box when it comes to finding solutions.

Wong also thanked his teachers for the illustrious line up of invited guests, explaining that many of them were friends of the teachers. 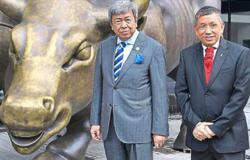 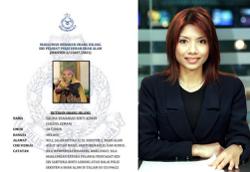