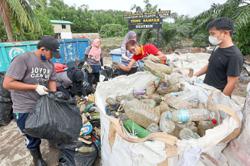 A unit in Taman Mulia PPR in Cheras has become a huge rubbish dumping ground.

Rubbish has been piling up along the corridors and lift areas of Desa Tun Razak People’s Housing Project (PPR) in Bandar Tun Razak, Kuala Lumpur, ever since its lifts have been breaking down intermittently over the last few years.

Kuala Lumpur City Hall (DBKL) cleaning crew have been unable to pick up the rubbish left by residents on the upper floors.

Even though residents are required to take their garbage to the rubbish room downstairs, a handful of residents refuse to follow instructions and have dumped their waste indiscriminately.

Some leave their rubbish on the floors below, raising the ire of other residents.

Housewife Masyati Sulaiman, who lives on the 17th floor, complained about having to face bags of rubbish left by irresponsible tenants living in units above hers.

“Every day, something is left on my floor in the lift area, the corridors or at the foot of the stairs,” she lamented.

“Don’t they know anything about hygiene and the importance of keeping the area clean?” This refuse house in Desa Tun Razak PPR is clean and yet people choose to dump rubbish outside their units and at the corridors. — Photos: YAP CHEE HONG and AZLINA ABDULLAH/The Star

A few floors below, food delivery rider Johan Selamat is annoyed by the same problem.

“My unit is closest to the lift and there are days the rubbish pile left there will start to attract rodents, ants and flies, which is a health hazard,” he said.

“I am worried that my children will be exposed to diseases brought by these pests,” he added.

Desa Tun Razak Rukun Tetangga chairman Ngatemin Buang said he tried on numerous occasions to advise the culprits to stop dumping their rubbish outside, but was told off instead.

“Not everyone is throwing their rubbish this way, it is just a handful who do.

“But we are concerned about hygiene and cleanliness.

“After coming out of a two-year pandemic, we expect people to be more careful in terms of personal hygiene and general cleanliness,’’ he added. Ngatemin said there were four blocks of the 21-storey PPR, with over 10,000 residents.

Lifts were constantly breaking down, he said, and residents were dumping their rubbish everywhere within the buildings.

A check by StarMetro at several other PPR flats in Kuala Lumpur revealed that the residents there also faced a situation that was similar to Desa Tun Razak.

For some units, the entire flat had become a big rubbish dumping ground.

“There are owners who have turned their flats into a big pile of rubbish,” said PPR Taman Mulia Residents Association (RA) chairman Mohd Feisal Abdul Manaf.

“The entire place – rooms, kitchen and even toilets are filled with rubbish.

“Neighbours have complained so many times about the matter as it was affecting their quality of life.

“So, we arranged a big clean-up of the unit.

“However, the owner keeps on hoarding things and we have had at least three clean-ups so far.

“I feel the only way to teach these people a lesson is to fine them,” he said, adding that he hoped that the authorities would do something about the matter.

When contacted, Solid Waste Management and Public Cleansing Corporation (SWCorp) Federal Territories director Ummi Kalthum Shuib said lifts breaking down should not be a reason for residents to compromise on cleanliness.

“If the management or RA needs help, we can come in to educate the residents on general cleanliness.

“Unit owners should take it upon themselves to dispose of their rubbish properly.

“They can get their family members who are going downstairs, to throw the rubbish at designated areas.

“There is no excuse when it comes to hygiene and health matters,” she added. 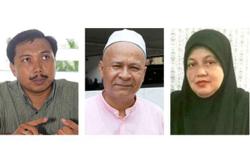