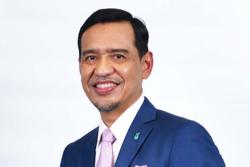 Drug addicts have been blamed for the destruction of public facilities and beautification projects in Kuala Lumpur’s side lanes and alleys.

Volunteers feeding the homeless and Alam Flora workers claimed they had seen individuals who were high on drugs breaking flowerpots and vandalising street lights and book kiosks around Lebuh Pudu and Jalan Tun HS Lee.

The homeless community in the area agree with that observation.

A homeless man, who declined to be named, told StarMetro that he was fed up of people blaming the homeless for acts of vandalism.

“I live here, it’s my home. So, I will not destroy the things here,’’ said the man who has been living on the streets for over a year.

Another homeless man who stays around Lebuh Pudu said he liked sleeping on benches at night and was aware that the local authority had been beautifying the back lanes.

“It is nice and clean here now. I will not destroy anything,” he said. 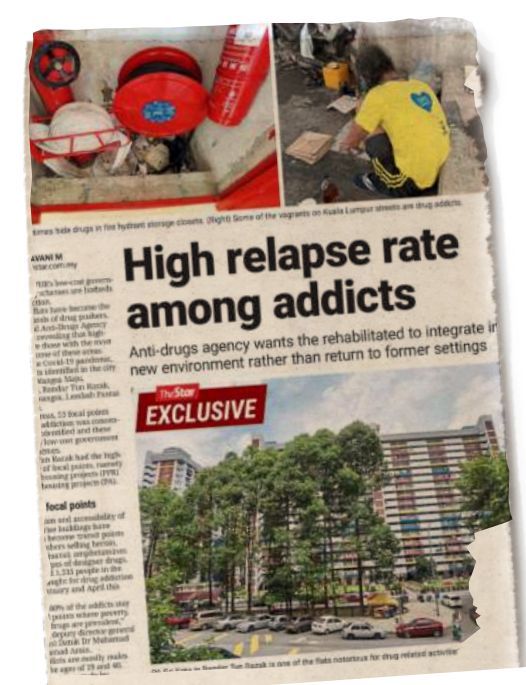 A woman, who did not want to be named and only goes to Lebuh Pudu to collect food and freebies for her family, said she did not think the homeless were vandals.

“I come in the mornings at 8am and only leave at 8pm.

“The homeless people, who are my friends, are happy here and will not destroy things,” she added.

She claimed the ones breaking public facilities were addicts who were high on drugs.

Someone had deliberately pulled out the newly installed bollards from the ground.

The bollards placed along side lanes to prevent people from parking their cars were destroyed while still at the construction stage.

The contractor has not handed over the project to DBKL yet.

A Think City employee, who declined to be named, said he found out from the homeless that it was the work of drug addicts under the influence. This clock outside a shop near Central Market was damaged by irresponsible people.

However, this incident was not the only time individuals high on drugs had destroyed public facilities.

An Alam Flora worker told StarMetro that he once saw a man breaking flowerpots in the area.

“He was shouting and cursing, so I did not understand what he was saying,” he said.

Similarly, C. Nan, a manager of a Chinese medicine shop near Central Market, said someone had damaged an old clock outside the premises.

“We do not know who did it, but that clock is sentimental to us.

“My father installed it 20 years ago when he renovated the shop, which has been here for 30 years.

“We don’t plan to repair the clock out of fear that it will get damaged again,” he said, adding that he planned to remove it.

“We will not know unless we do a urine test.

“But drug use can affect the brain and disrupt a person’s physical and mental states.

“For instance, syabu (slang for methamphetamine) affects the brain’s neuron functions and can cause depression, aggressive behaviour and hallucinations with long-term use,” he said.

He added that 30% of prison inmates who are serving time for drug-related crimes were taking the drug when arrested. 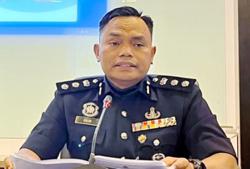