Kuala Lumpur residents are filled with dread each time it rains.

Over the past few months, many parts of the city have been inundated after a downpour, wreaking havoc in its wake.

Stakeholders say while these measures are a step in the right direction, a more holistic plan is needed to resolve the issue permanently.

This document – which outlines the technical specifications and requirements of a project – is issued after a review by the DBKL planning committee.

He said while companies usually comply during the initial construction stage, they tend to grow lax as their project progresses.

“Over time, the drains become clogged with debris and the silt traps are not serviced properly.

“DBKL must ensure that such assets remain in good condition and operable throughout the construction period,” he added.

“We need to adapt to the new environmental norms and rethink the design of drains and provisions for retention and detention ponds, among other things,” he said.

“An overhaul of the drainage master plan to include more SMART tunnels may be needed.”

He said sludge and sediment from such project sites were being discharged into natural waterways, which reduced their carrying capacity.

“This results in more work for the authorities, as they have to deepen waterways and build retention walls,” he added.

He also noted that the sprawling urban landscape had altered Kuala Lumpur’s natural topography, replacing it with artificial surfaces.

This situation, he said, had decreased the city’s ability to absorb and retain rainwater.

“Water needs space too and soil acts as an absorbent.

“Without it, the excess water has nowhere to flow to,” he explained.

Recent floods – which activists attribute to climate change – have renewed a push among the public to limit the scale of physical developments in the city.

Ihsan, however, said there was a need to balance environmental concerns with developmental and economic needs.

“DBKL, as a local authority, generates an income by collecting development and planning fees from projects.

“The monies from these projects are used to provide services and maintain facilities in the city,” he said.

Ihsan explained that higher density was not necessarily bad for the environment, provided there was proper planning.

ALSO READ: RM98mil for flood mitigation in KL next year

He also questioned if the RM10mil allocated by DBKL in its recent announcement was enough to service the entire city.

“DBKL is just a local government.

“It does not have the budget to undertake a plan on such a massive scale,” he added.

Its chairman Datuk M. Ali said regular meetings should be held for residents to give their views to DBKL.

“Locals know better than DBKL which parts of their area are at a higher risk of flooding and thus, can suggest improvements.

“This allows DBKL to take proactive measures to tackle the problem instead of acting only after a complaint is lodged,” he said.

For example, the retention pond in Lorong Maarof, which services the upper part of Bangsar such as Bukit Damansara and Bukit Bandaraya, would overflow during a downpour to surrounding roads.

“Only when residents complain would DBKL personnel come to desilt the pond.

A proper schedule should be drawn up to ensure regular maintenance,” Ali added.

When asked why residents did not channel concerns to the respective MPs, Ali said solving neighbourhood matters was not an MP’s main task.

“MPs are supposed to deliberate on broader national issues, not check on drains and roads,” he said.

On April 27, Shahidan announced that pumps would be mobilised to flooded areas to divert water to detention ponds.

He also said DBKL personnel would be stationed at 25 flood hotspots to clear scupper drains to ensure unobstructed water flow.

Community activist Yee Poh Ping, however, questioned if these actions were a productive use of funds by DBKL.

“That money can be better spent on a more permanent solution such as building retention walls along rivers,” he said.

A spate of flash floods have hit Kuala Lumpur in recent months.

The latest major flood on April 27 inundated several areas in and around Pudu, causing traffic delays in both directions from Pudu and towards Bulatan Merdeka.

Two days earlier, several major roads were submerged after a downpour that started at 3pm.

It was reported that rainfall exceeded 80mm, with several areas recording more than 100mm of rain per hour.

Kalithasan stressed that higher rainfall in recent months should not be used as an excuse to explain away flood incidents.

“Many warnings have been issued about the impact of climate change and Kuala Lumpur has not been spared,” he said.

Ihsan said dealing with environmental matters called for enhanced interstate cooperation at all government levels instead of authorities working in silos.

For example, rivers can flow across several states and deforestation activities affect neighbouring states too.

“The environmental impact in one place will have wide-ranging consequences on other places.

“Take the rivers for example. Any activities upstream will likely affect downstream areas.”

On March 7, a two-hour downpour again brought traffic to a halt in many areas.

A flood on Dec 18 last year was described by experts as a one-in- 100-year weather event.

A downpour that exceeded a month’s worth of rainfall in just 24 hours caused 10 landslides in the city, according to DBKL. 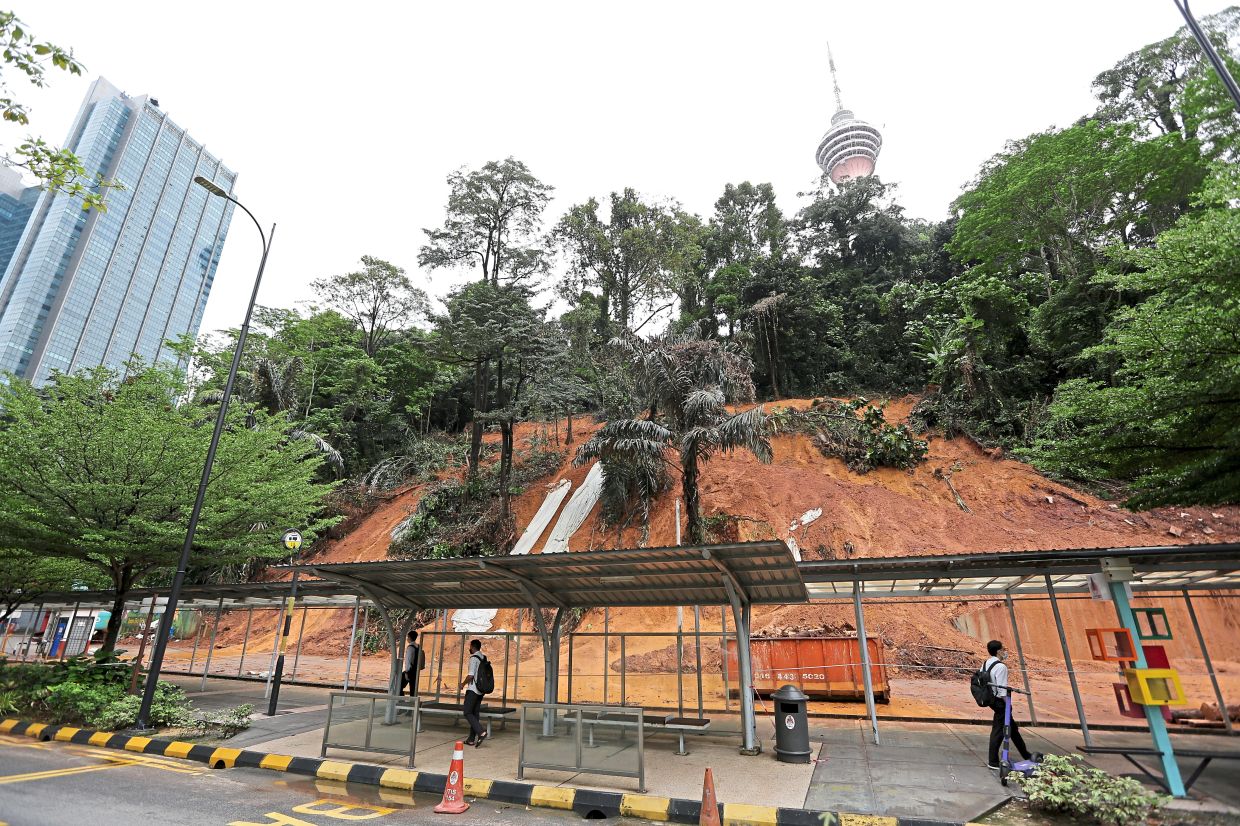 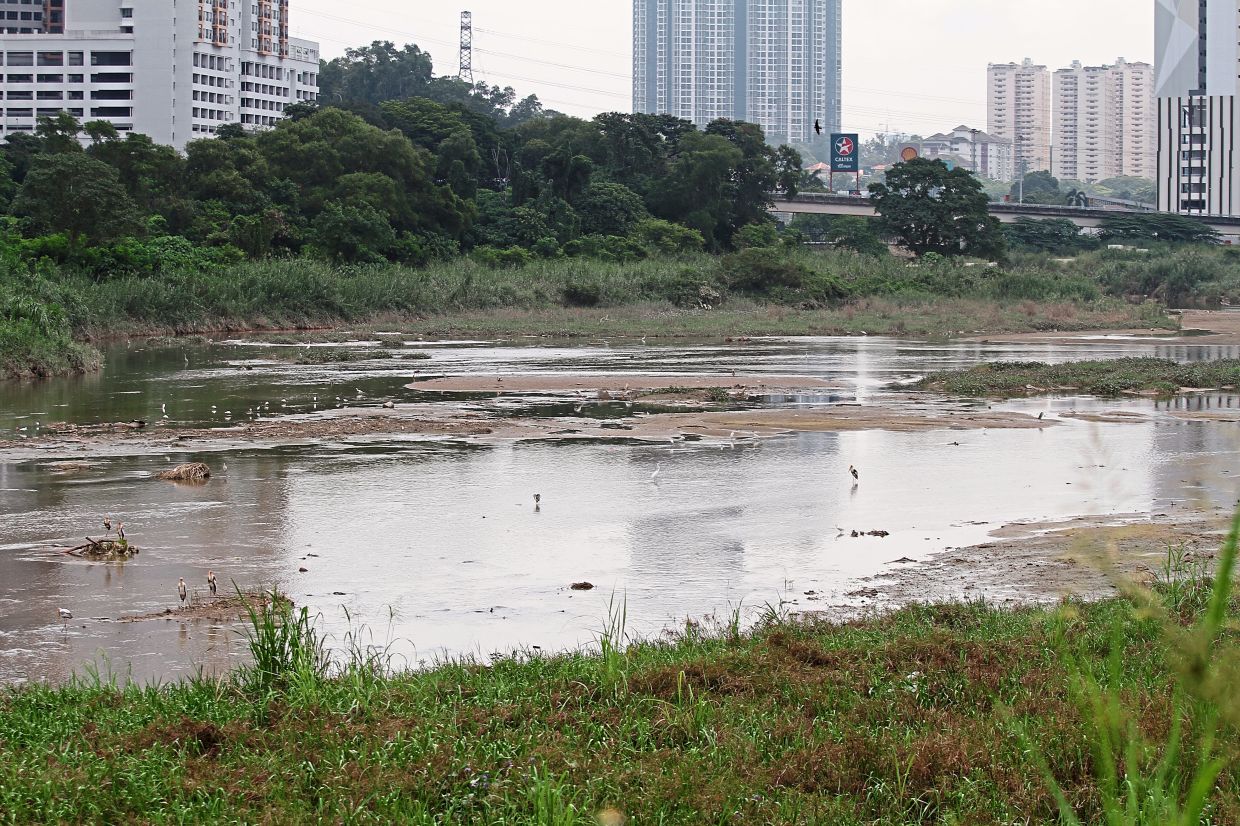 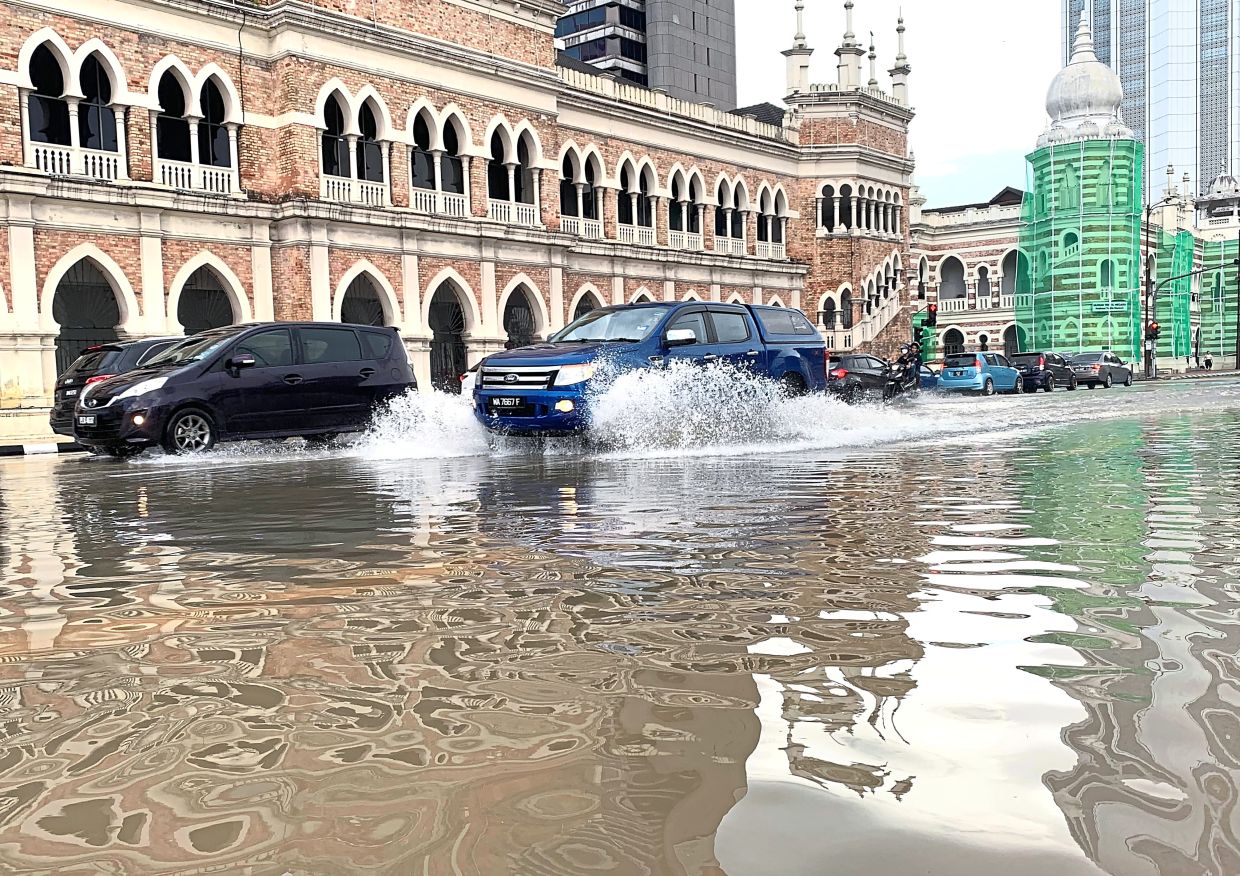 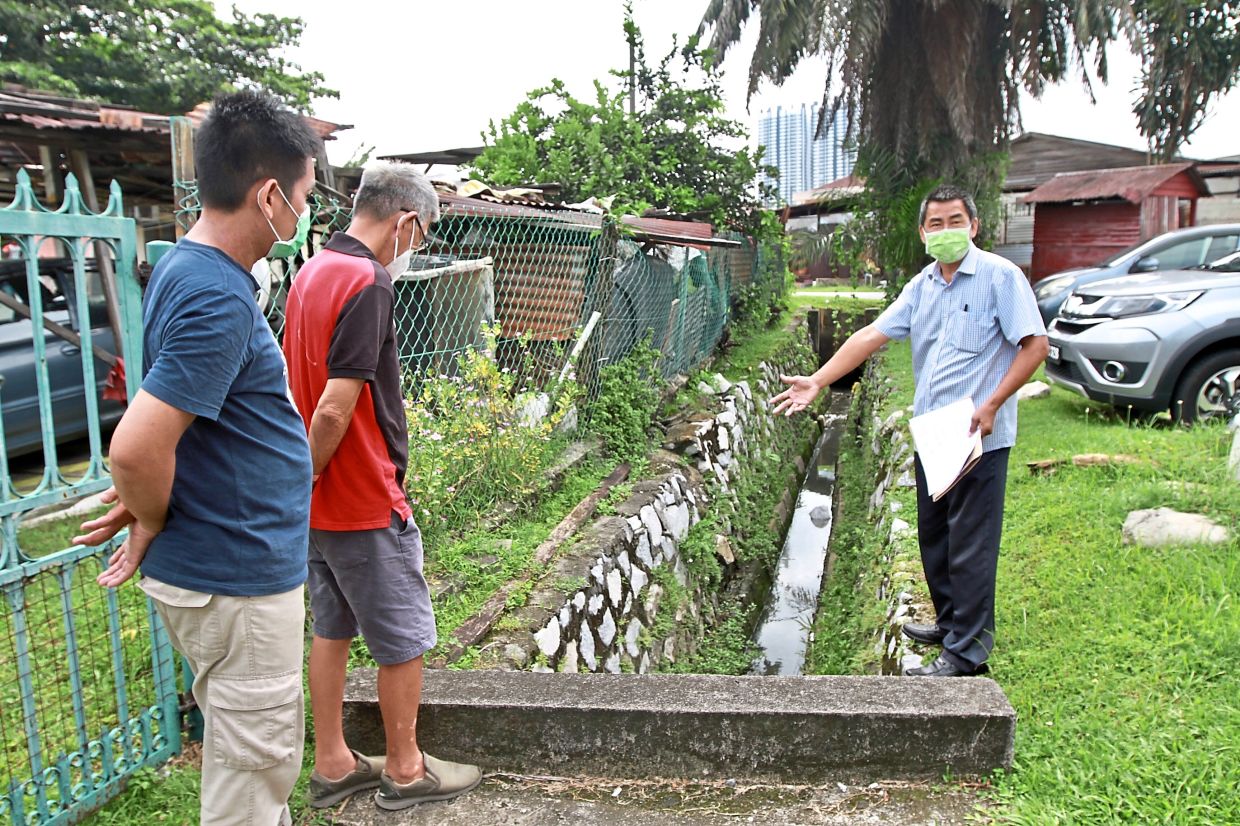 A landslide occurred at Bukit Nanas Forest Reserve early this year after a downpour. — Filepic

Some are concerned that projects allowed to take place near rivers or ponds could result in sediment flowing into the water, thus reducing capacity to hold rainwater. — Filepic

Across the Jalan Puchong flyover overlooking Kesas Highway is Sungai Kuyoh which has a disused choked with undegrowth retention pond that is in dire need of dredgin the cause of the flooding in Taman Kinrara.

Cars going through floodwaters in Dataran Merdeka after a downpour in the city centre on April 25. — Filepic

Yee (right) and residents showing the drainage system in Jinjang Selatan that is unable to cope with high water levels during floods.