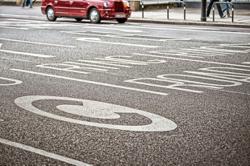 A RESTAURANT operating on reserve land in the heart of Bukit Bintang has been demolished by Kuala Lumpur City Hall (DBKL) during a three-day exercise to clean up the city centre.

The illegal structure was built over public drains and manholes and the owner had been given repeated notices to tear it down, DBKL stated.

More than 40 personnel from several DBKL departments were involved in the operation to bring down the structure located in Jalan Beranang.

Unfortunately, part of the city’s popular mural project was also destroyed in the process.

The area around Jalan Berangan, which comprises colourful side lanes and back lanes, is a popular spot for photography.

StarMetro had earlier reported that with Kuala Lumpur entering Phase Two of the National Recovery Plan (NRP), DBKL was embarking on a major clean-up of the city centre, especially tourist areas such as Bukit Bintang.

Work will include repainting old buildings and murals as well as removing shrubs growing on the walls.

However, its clean-up efforts were hampered by illegal extensions, necessitating their removal.

When contacted, DBKL Corporate Planning director Zurida Hashim said the business was run by a foreigner who rented the premises from a Malaysian.

“It was built over public drains and several manholes and this prevented Alam Flora workers from cleaning the drains.

“It also contributed to flash floods in the area,” said Zurida.

The operation was conducted under the Street, Drainage and Building Act 1974, and the notices were issued under Section 47 and Section 70.

Zurida said DBKL would be continuing with the demolition of illegal extensions in the area in the next few days and warned shopowners to remove the structures on their own or face having them torn down.

“The cost for the demolition of illegal structures will be borne by the owner of the building where the extensions are built,” she said.

DBKL had earlier warned commercial shops in the city centre that had installed unauthorised extensions and structures on their premises to remove their illegal extensions or face the consequences. 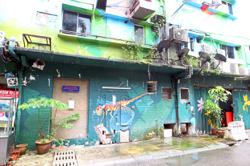