Prabakaran (second from left) looking at the water leakage problem at the flats with an independent contractor and a private building services management company representative. — AZMAN GHANI/The Star

TWO Kuala Lumpur lawmakers say that the water leakage problem faced by residents of a people’s housing project (PPR) in Kepong may be a sign of something more serious.

Kepong MP Lim Lip Eng and Batu MP P. Prabakaran said the leaks at PPR Seri Aman could be a potential disaster waiting to happen if immediate measures are not taken to determine the root cause of the problem.

Prabakaran, who has engaged independent engineers, contractors and a private building services company to look at the units affected, said the leaks could be from the main tank or water pipes.

“But it does not seem to be localised; it is happening in all the blocks and at different units so it could also be due to a serious piping defect.

“When leakage continues to happen even after multiple repair works have been carried out at the units, we cannot dismiss the possibility that there may be something more serious happening here.

“We cannot take any chances since this is a safety issue affecting hundreds of units,” he said after visiting the site yesterday.

Lim echoed similar sentiments after his office received complaints from the PPR residents as well.

“Yes, we got calls from several Seri Aman residents and we are concerned because water leaks can be dangerous, especially if it’s hidden from the naked eye. What we cannot see, we cannot fix,” he added.

“Since the land is under Kuala Lumpur City Hall (DBKL) and it was a Housing and Local Government Ministry project, they must get an expert to investigate the problem,” he said.

PPR Seri Aman is located in Batu constituency, but more than 1,000 residents from the Jinjang Utara longhouse, which is in Kepong, had bought units there.

They spent 26 years in the longhouse, cramped in 400sq ft units made from asbestos and zinc sheets.

“When they moved into their new units in the PPR, they expected problems like leaky roofs and water seepage to be over.

“We hope the authorities will take cognisance of this,’’ Lim said.

StarMetro had on Aug 30 reported on the serious water leakage problems affecting hundreds of residents in the housing scheme.

All four blocks of the low-cost flats are facing water leakage issues coming out of the walls as well as floor tiles, causing mould and mildew to appear despite residents only moving into the units in 2017.

The bulk of the issues only started occurring last year after the defect liability period had ended.

“They showed up suddenly without informing me, the unit owner or even the DBKL office here.

“How can they understand the situation without looking at a few units or even communicating with us?

“I have compiled complaints from over 100 units facing serious water leakage issues.

“As the RA chairman here, I have yet to receive a call from them,” Mohamed Nawaz said. 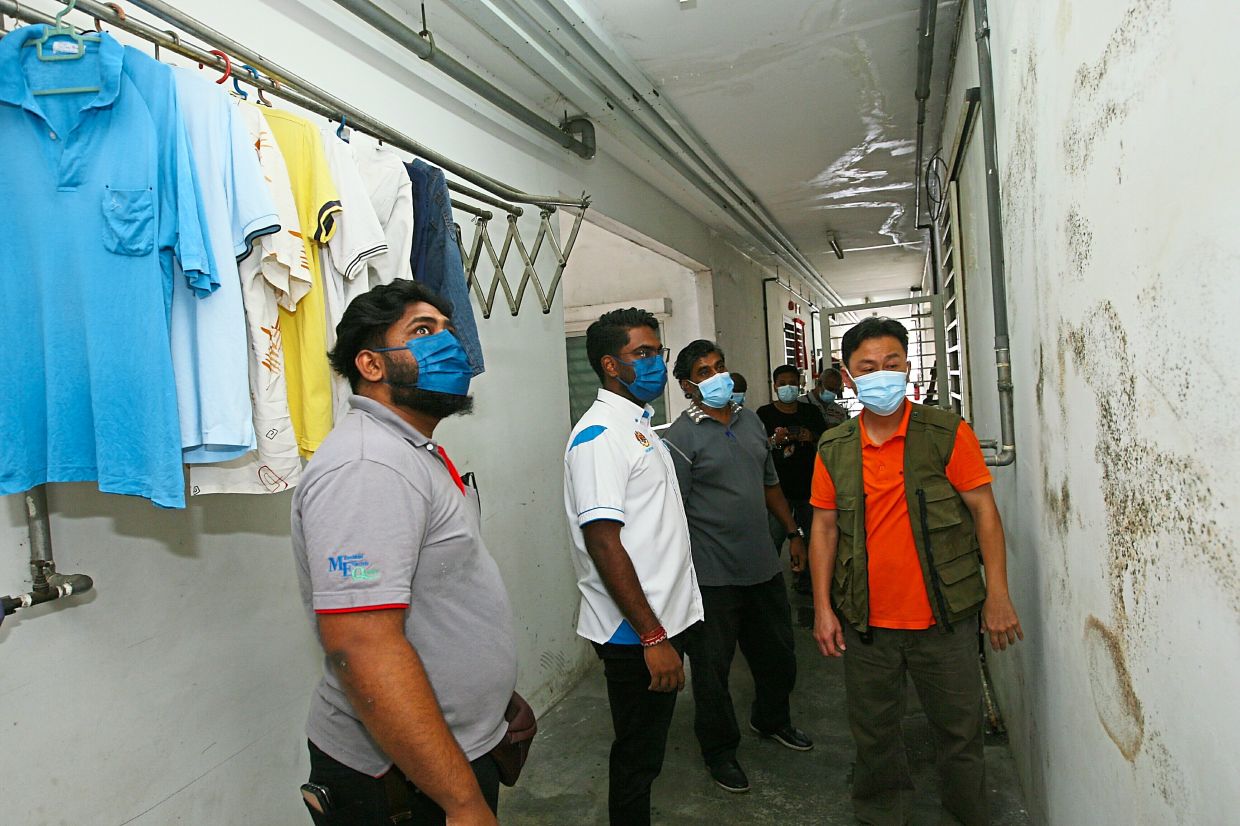 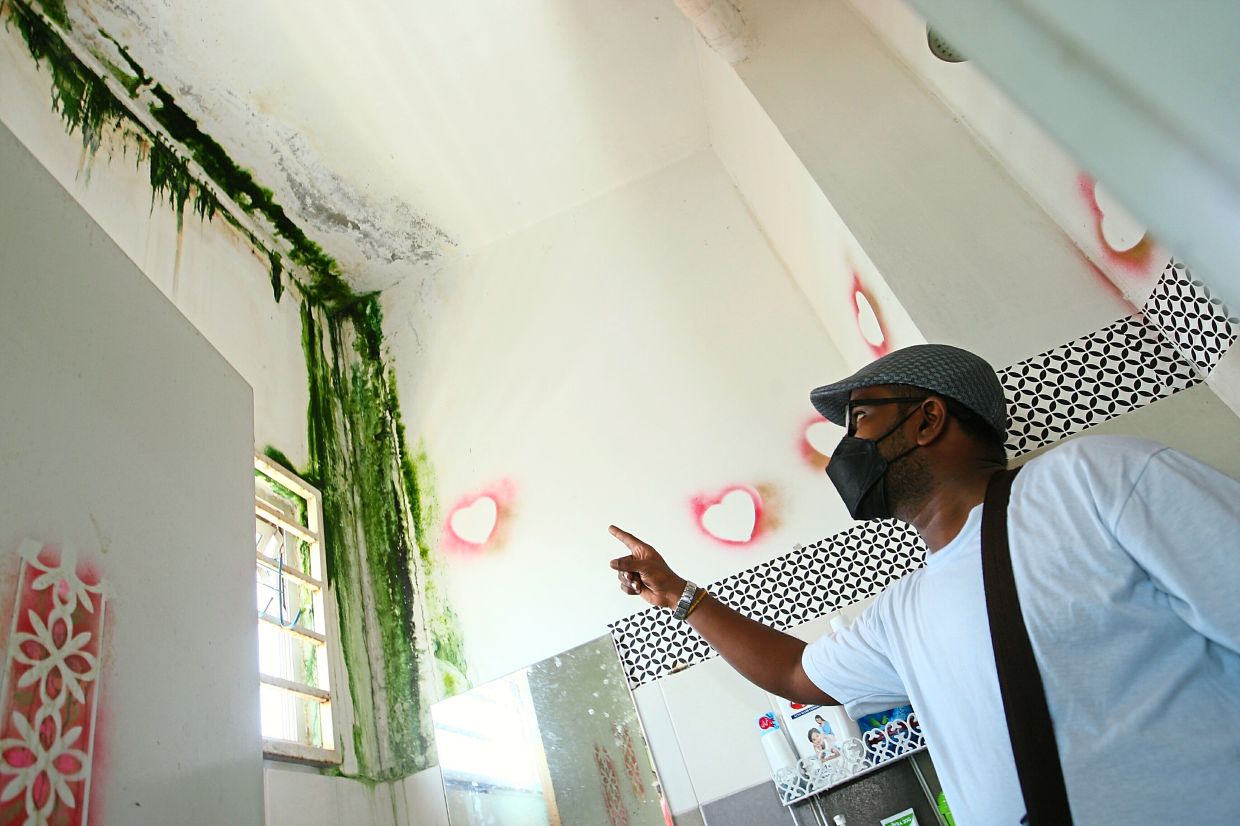 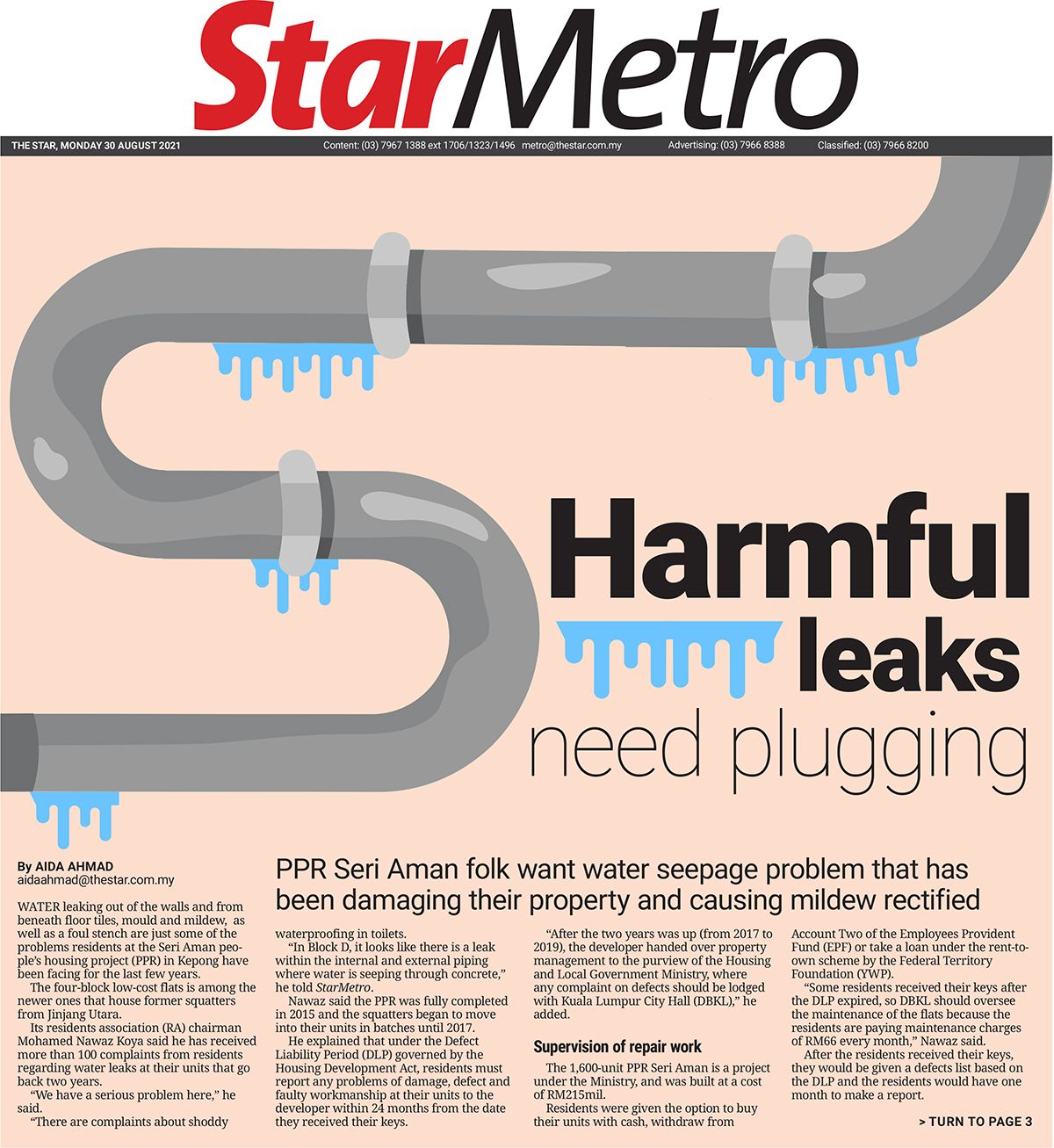 Prabakaran (second from left) looking at the water leakage problem at the flats with an independent contractor and a private building services management company representative. — AZMAN GHANI/The Star