The future looks more challenging for first-time job seekers and fresh graduates, due to the economic downturn caused by the Covid-19 pandemic.

With the current tough job market, he said graduates needed more than paper qualification to equip themselves.

“They have to market themselves well during job interviews as they are competing with other fresh graduates,” he added.

Apart from fresh graduates, he said those who were currently jobless but with experience were also competitors.

He advised graduates not to have high expectations and be more realistic when applying for jobs, in view of the unfavourable economic situation now.

Graduates should take the opportunity to master more languages while studying, apart from English, as this would give them a competitive edge over other candidates, explained Wong.

“Mastering languages other than Bahasa Malaysia, English and Mandarin will give them a better chance of getting hired, especially by multinational corporations.’’

Graduates who were hired, he added, should stay with the company for at least two years in order to gain experience.

Johor South SME adviser Teh Kee Sin said since most fresh graduates had no working experience and that non-academic activities would be considered during interview sessions.

While certificates are important, candidates must still be able to answer in a convincing manner when asked about a particular issue.

“With the current oversupply of fresh graduates competing for jobs, employers are mainly looking for long-term commitment from them,” said Teh.

He advised graduates not to be choosy and instead gain as much knowledge and experience as possible for their future, while giving themselves time to adapt to a new environment.

He also suggested that the government revamp the country’s education system according to current market requirements.

“Our country’s education system is outdated with tertiary institutions focusing on fulfilling academic credit hours and churning out graduates rather than a workforce that can match industry needs,” he said.

Universiti Teknologi Malaysia counselling centre director Dr Zulfikar Ahmad said graduates must be able to sell themselves and stand out as they were competing with those with similar paper qualifications.

“This is where various skills play a crucial role and active participation during student years will come in handy when applying for a job,” he said.

University students should brush up on their soft skills, especially interpersonal, public speaking and communication skills.

From 2015 to 2019, an estimated 300,000 graduates from local higher education institutions entered the labour market each year.

Out of the 300,000 graduates, 58% gained employment, 16% chose to further their studies and 2% participated in skills enhancement programmes, while 4% waited for job placements for six months upon graduating.

The remaining 20% struggled with issues of employability. 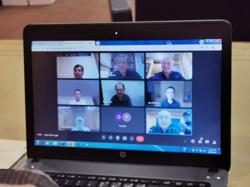