Shelter from the elements: Surrounded by his possessions, a man takes refuge under this bridge near a riverbank in Kuala Lumpur. — LOW LAY PHON/The Star

SARAH and her husband Malik live under a bridge near the River of Life (RoL) project in Brickfields, Kuala Lumpur.

They moved there, a few weeks ago, after being evicted from a shophouse in Pudu.

The Sabahans came to the city in search of work and a new life.

When the couple lost their jobs at a nightclub last year, they resorted to doing odd jobs in the city to pay their bills.

But each day was a struggle to make the RM350 that they needed for their monthly rent. They soon fell behind on payments. 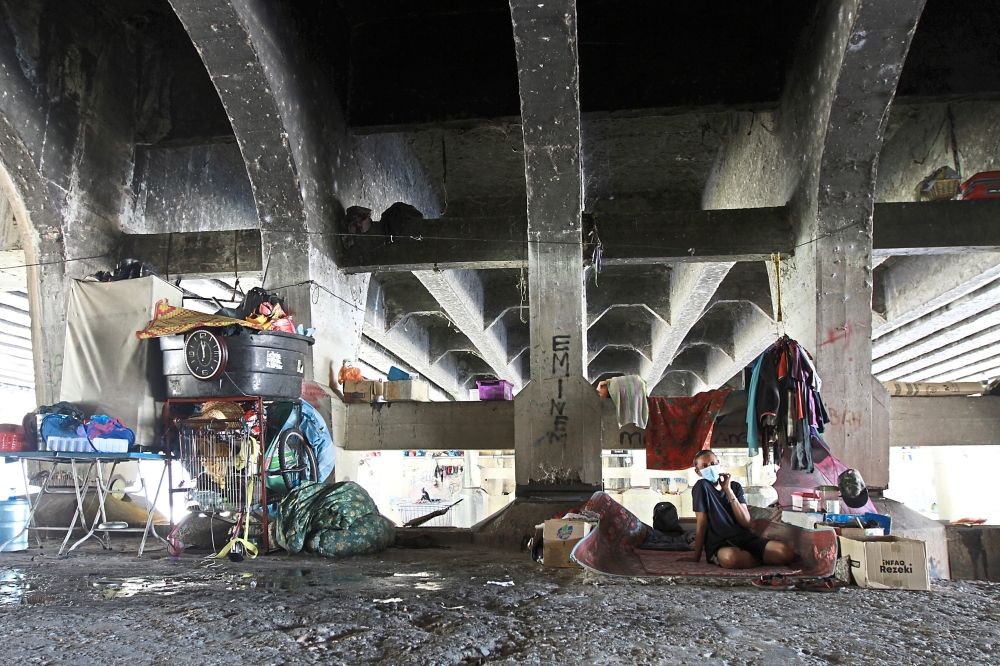 Shelter from the elements: Surrounded by his possessions, a man takes refuge under this bridge near a riverbank in Kuala Lumpur. — LOW LAY PHON/The Star

In a matter of time, they were evicted.

The couple carried their belongings and relocated under a bridge nearby a riverbank.

Their dark shelter provides respite from the heat and prying eyes.

A few others have also sought refuge under the bridge.

The bridge dweller’s plight came to the attention of Kuala Lumpur and Selangor Association for the Homeless and Needy chairman Rashdan Rashid, who chanced upon their abode when he was looking for potential urban farming spots in the city.

“I was shocked to see a small group of people, maybe five or six, living under the bridge,” he said. 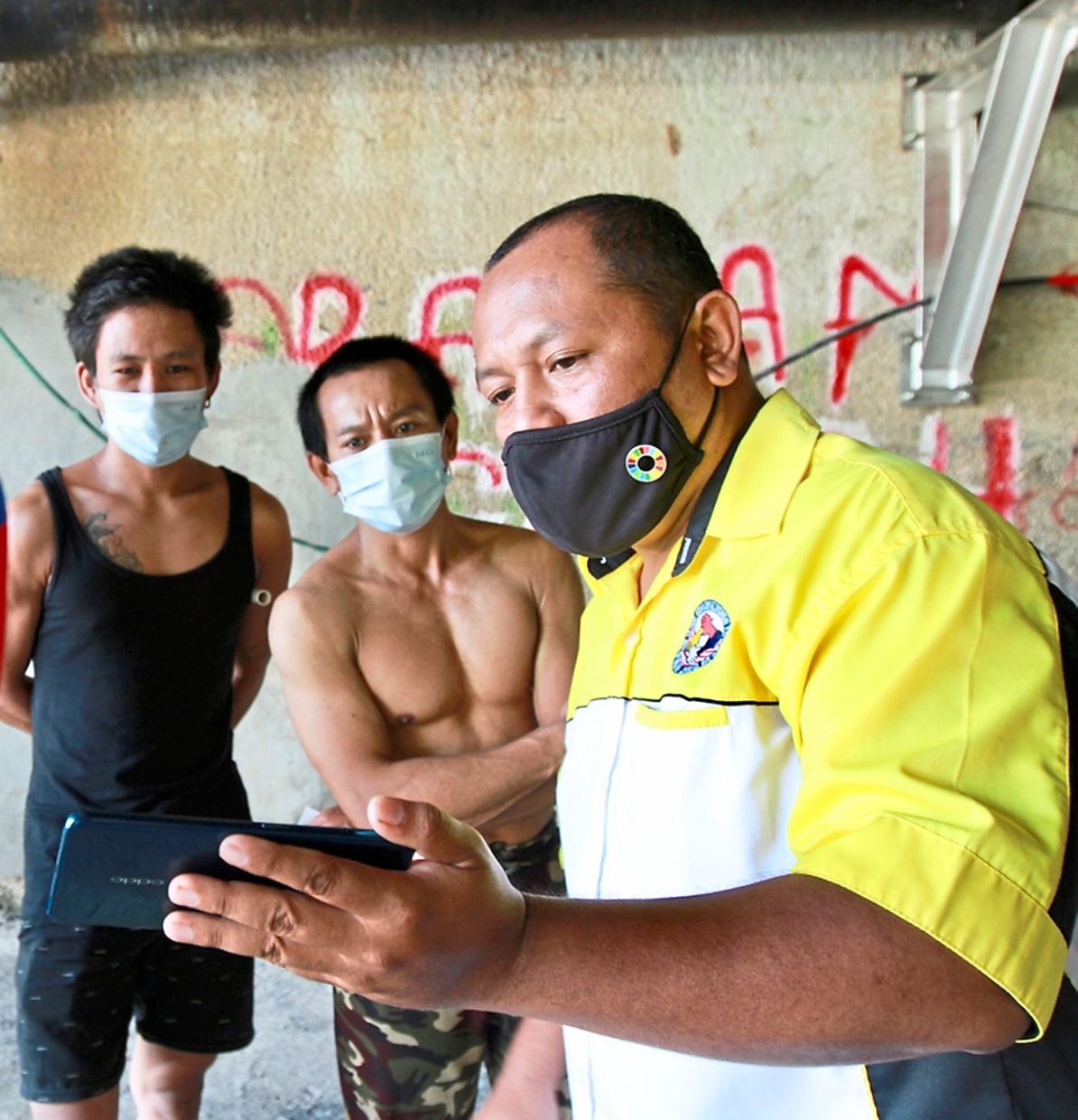 Rashdan (right) talking to some homeless people living under a bridge in Kuala Lumpur.

“They had all their belongings, from a shopping cart, foldable table, water tank to all sorts of knick-knacks.

“They had just made some tea and were resting from the mid-morning sun when I stumbled upon them.

“Their situation deeply shocked and saddened me as the picture presented a group of people, who, despite being displaced, were prepared to get on with their lives the best they could.”

But this picture of displaced families is not an isolated one in the city, especially at night when hundreds are seen sleeping under bridges, bus stops, five-foot ways and on bridges.

“Kuala Lumpur is experiencing a new wave of homelessness as more employers are forced to let go of their employees due to the Covid-19 pandemic,” Rashdan said.

“Thousands of people are sleeping on the streets as they can no longer pay their rent or buy food.” Tan: The number of homeless will continue to grow unless a more sustainable solution is found.

Rashdan, who shoulders the responsibility of looking for homeless folk so he can find them work and shelter, sees many living on the streets when he goes to recce for urban farming spots.

“I see people everywhere, living under bridges, on bridges or in makeshift huts near riverbanks.

“You know that they have been recently displaced as they have all of their belongings,” he said.

Many of them, roughing it out in the open, are at risk of getting sick or infected with Covid-19.

Tzu Chi Foundation Malaysia recycling coordinator Francis Tan, in agreeing with Rashdan, added that while a large number of people were homeless because they had been evicted, others were occupying five-foot ways to collect food and groceries from various organisations. 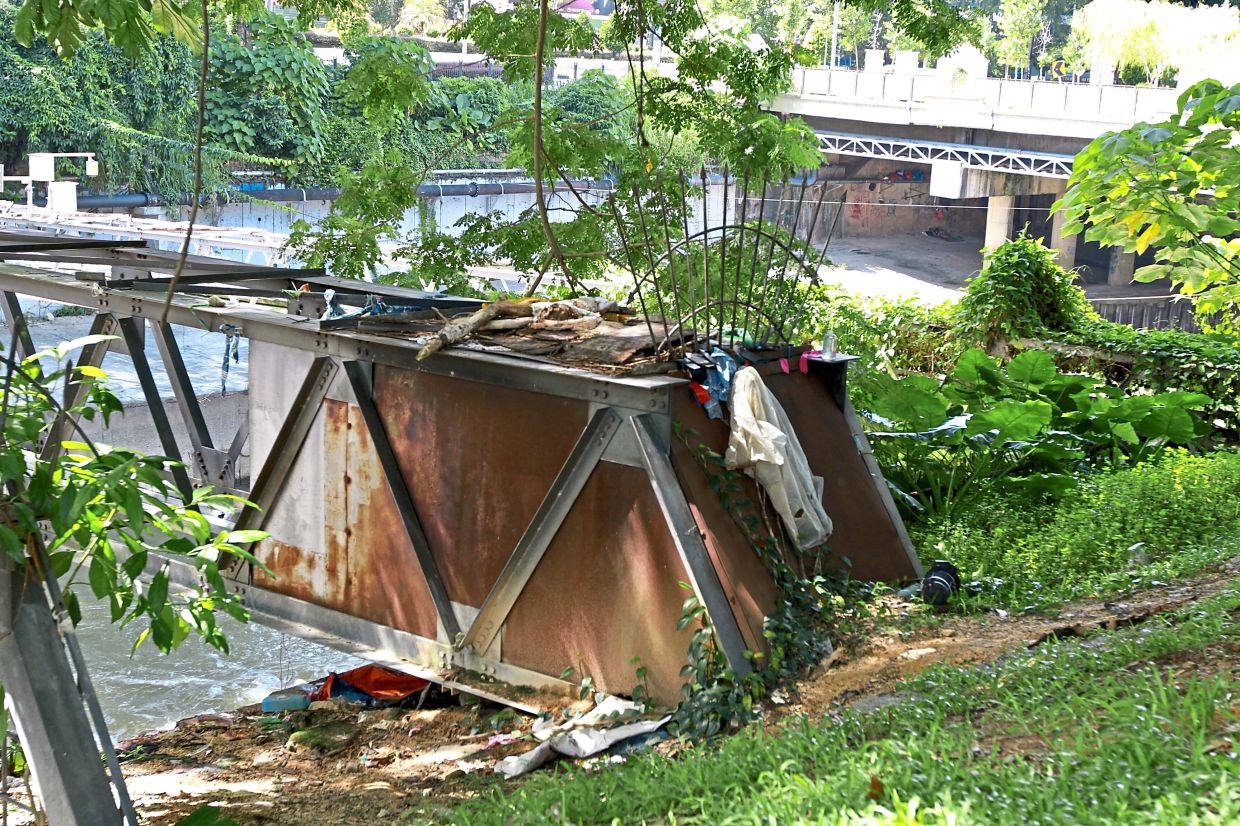 This new structure near a riverbank in Brickfields was most likely built by a homeless person.

“These are locals. Many are elderly folk who have no income and need food to survive,” Tan said.

“A recent video, taken in Kompleks Ruby in Jalan Kancil, Pudu, shows many elderly sitting along five-foot ways and restaurants waiting for food and groceries to be distributed. This is happening everywhere.

“The numbers will continue to grow unless a more sustainable solution is found to end homelessness and poverty in Kuala Lumpur,’’ he said.

The homeless issue comes under the purview of the Women, Family and Community Development Ministry’s National Welfare Department.

The ministry has insisted that no one will be left behind in its Bakul Prihatin Negara food aid initiative, a programme to distribute food baskets worth RM50 to needy folk.

Rashdan and Tan, however, opine that this approach was not sustainable.

They said Kuala Lumpur City Hall (DBKL) was fighting a losing battle as the city was grappling with a growing number of homeless people. Homeless folk have fashioned a home for themselves at Kompleks Ruby in Jalan Kancil, Pudu.

This is despite DBKL setting up transit centres for the homeless in Jalan Pahang and Medan Tuanku, as well as Anjung Kelana — a homeless transformation centre in Taman Desa to train them to become farmers.

“We don’t want to create a culture of ‘greed’ and ‘giving for the sake of giving’,’’ Tan said.

“People are going to expect handouts all the time and soon they will get choosy about the food and handouts they receive.’’

Rashdan agreed with Tan but said something could be done about this.

He said empowering the homeless with skills and knowledge on urban farming as well as providing them the opportunity to farm was the way forward.

“DBKL has land everywhere. The land can be cultivated by the homeless to grow vegetables which can then be sold to the community. “The money will help them with rent and food.

“In fact those living on the streets can be tasked to become river crusaders.

“They can help DBKL keep the area around the rivers clean in exchange for a fee,” he said.

However, Tan said many things might not be as simple or straightforward.

“We need a proper plan involving everyone — government agencies, non-governmental organisations, the private sector and experts brainstorming ways to end the homeless problem in the city,” he said.

He said handing out food baskets on an ad hoc basis as well as providing temporary shelter would not work as a proper solution and the expertise of doctors, counsellors, psychiatrists and mental health professionals were needed to combat the problem.

“And we need political will.

“More importantly, the homeless must want to change for the better,” Tan added.