IT takes a lot of grit, perseverance and motivation to excel in something, more so for those with disabilities.

Born without both legs and left arm, Dr Ruzimi Mohamed @ Mahmood defied the odds to complete his tertiary education and start his own business — providing training and products related to the needs of the disabled.

Since kicking off his business in 2010, the 36-year-old with a PhD in Computer Science and his team of seven have produced a series of physical materials and e-books that teach Malaysian Sign Language in an interactive manner using augmented reality (AR) technology.

He also dabbled in motivational speaking and was often invited to give talks and share his experience, especially in schools, before the Covid-19 pandemic.

His achievements did not come easy, he said.

“It takes a lot of determination and perseverance to be where I am today.

“I am used to people looking down on me because of society’s stigma attached to those with disabilities, so I always try to let my actions speak for me.

“As someone born with physical disabilities, I have to put in extra work to prove myself and convince others to trust and believe in me, ” he told StarMetro in an interview.

He recalled that during his university days when he expressed his plan to organise his first event, his idea was met with sceptical looks. Isaac (left) thanks his supportive mother, Caroline, for being his biggest cheerleader

It was only when he presented his proposal that he managed to convince his supervisor.

The event turned out to be a success.

However, Ruzimi, who moves around with the help of an electric wheelchair, said it took him years to build his confidence as he was insecure growing up.

“Like many children with disabilities, I felt that life was unfair.

“I was envious of my friends, who were able to play sports and take part in outdoor activities.

“Slowly, I learnt to understand and accept my condition, ” he related, adding that he attended regular classes as opposed to special education and surrounded himself with positive people.

“For me, the hardest part in doing something is taking the first step. “Once I did that, I steadily gained confidence and was able to attain my goals one by one, ” said Ruzimi, who was named OKU Icon at his alma mater Universiti Teknologi Malaysia.

The father of one, who is expecting his second child in October, said that being a parent drove him to develop two more upcoming apps to promote learning among students and parents with disabled children.

He explained that his published books were beneficial not only to children with hearing and speech impairments, but also for parents as they could use them as teaching tools at home.

“To make learning interesting, we came up with 3D cartoon characters to guide readers on their learning journey.

“Our aim is to increase the rate of sign language literacy among hearing and speech-impaired children, provide sign language learning opportunities as well as help parents communicate with children with disabilities, ” he said.

Meanwhile, 41-year-old So Gek Kwan says being given the opportunity to work at a hotel in Puteri Harbour about seven years ago was a turning point in her life.

She had been struggling to find a stable job due to her physical limitations. She suffers from a flattened left foot, which inhibits her range of motion, as well as strabismus where her eyes are not aligned.

She said back then, her relative who was a trainee at the hotel, told her that the management was looking to hire people with disabilities.

“At first I lacked self-confidence and was worried about working in a hotel, with no industry experience or training. 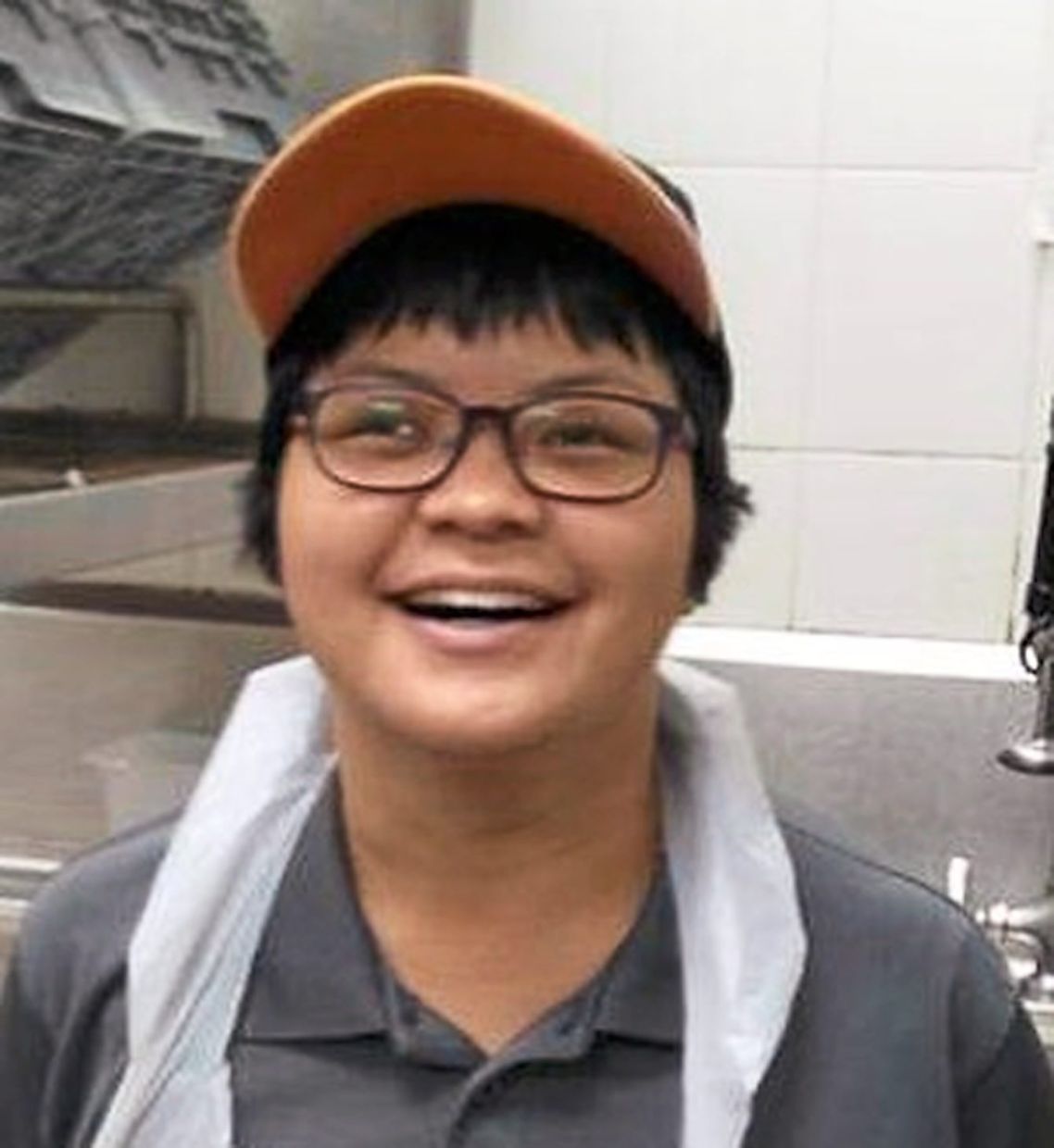 So says being given the opportunity to work at a hotel in Puteri Harbour about seven years ago was a turning point in her life.

“I was surprised when the hotel’s human resource director personally reached out to me and convinced me to go for an interview.

“I am glad I did because I managed to secure a position as a hotel steward and have been working there ever since, ” she said, adding that having supportive colleagues was a huge motivation for her to keep doing her job well.

So said her first two years there was a steep learning curve as she tried to learn as quickly as she could.

“There were always new things to learn and I asked for help when needed.

“Even after working there for so many years, it does not mean that I know everything.

“It is my principle to always ask questions about things that I am unsure of, so that I can improve, ” said the outgoing and bubbly woman.

She alternates between the morning and night shifts and commutes to work using e-hailing service.

“With the Covid-19 pandemic affecting people’s livelihood, I am thankful that I still have a job at the hotel, which allows me to keep giving my elderly mother her monthly allowance.

“That, to me, is my biggest satisfaction and achievement, ” she added.

As for hearing and speech-impaired graphic designer A. Calvin Isaac, 25, having a supportive mother was his biggest motivation in realising his potential and eventually stepping into the working world.

After graduating from Politeknik Ibrahim Sultan, Isaac said his mother, a former kindergarten teacher, accompanied him throughout his job-searching journey and acted as his interpreter during job interviews.

“I had always been interested in graphic design but getting a job was not easy because the communication barrier was a huge obstacle.

“I attended interviews at a few places and almost wanted to give up.

“But my mother never gave up.

“She kept telling me that if we kept trying, God would open up opportunities for me.

“My mother is truly my biggest cheerleader, ” he said in sign language.

Eventually, he attended an interview at his current company in 2018 and managed to secure the job after impressing his employer with his abilities to complete a design in a short period of time.

As the only employee with hearing and speech-impairments working in the company, he said he communicated with his colleagues using simple sign language or by writing on pieces of paper.

The easiest way to communicate with colleagues and clients was through WhatsApp messaging, he added.

“It is not a big issue for me as I can manage whatever problem that comes my way. My mother taught me this skill from a young age, ” said Isaac.

“She always reminds me not to feel embarrassed about myself and to be outgoing.

“Thanks to her confidence and belief in me, I was able to be independent and even bought a car for myself.

“My dream is to save up and open my own business one day, ” he said.

The eldest of four siblings, Isaac hopes to set a good example for his brothers and those who live with disabilities.