Strictly no travelling out

RESIDENTS living in the 13 localities in Bayan Lepas under the enhanced movement control order (MCO) have been told to strictly adhere to the standard operating procedures (SOP).

Balik Pulau OCPD Supt A. Anbalagan said no one should go out, or come in to the restricted area.

“There are still people who think they could go to work since they have a travel permit from the Ministry of Trade and Industry (Miti). Police and army personnel manning a roadblock in Sungai Ara to restrict movement of people near the enhanced MCO area in Bayan Lepas, Penang.

“The Miti letters are for those who are outside the enhanced MCO zone. Those living in enhanced MCO, you are not supposed to travel at all, even if you are providing essential services, ” he told reporters near the Sri Bayu Apartment in Bayan Lepas yesterday.

Only one family member is only allowed to come out from the house to buy household essentials during the period.

“People sometimes give the flimsiest of reasons to come out, but we will not allow anyone to move unless it is absolutely necessary.

“There are cases of people who need cash and since there is no bank or ATM within the enhanced MCO zone, they have requested permission to go to a bank. All is relatively quiet with few traffic on the road at the Pekan Bayan Lepas following the enforcement of the enhanced MCO.

“We are looking at it on a case-to-case basis. They will be allowed to go out only as a last resort, ” he said.

Even the police are not allowed inside the zone as all roadblocks and barbed wires are manned by personnel from outside the zone.

On claims that people working in nearby factories in Bayan Lepas were moved out on Wednesday and Thursday,

Supt Anbalagan said police did not receive any such report. 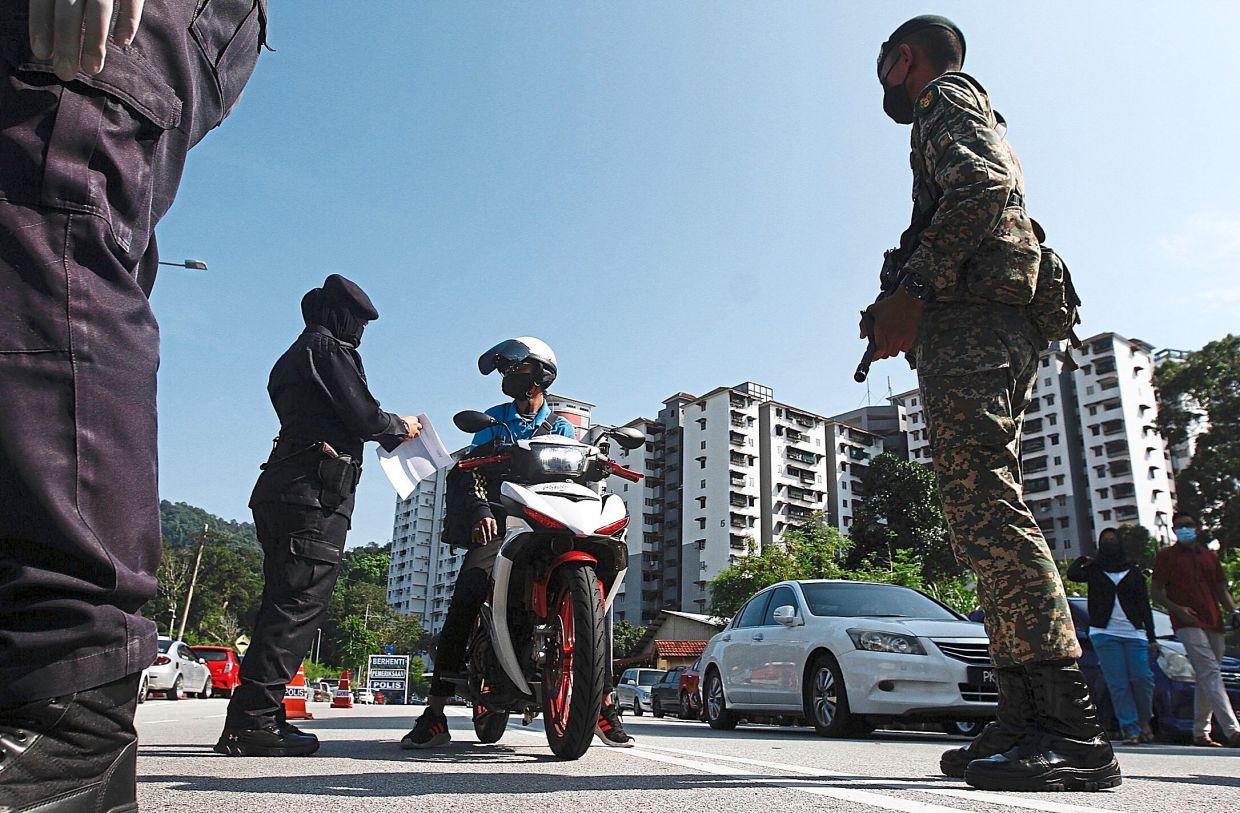 Police personnel questioning a motorcyclist at a police roadblock set up near Sri Bayu in Bayan Lepas.

He added that the Village and Community Management Council (MPKK) would be there to assist the Health Ministry and Civil Defence Force personnel.

“The Health Ministry will set up a temporary clinic next Tuesday in the area for the convenience of the residents.” “Those bringing supplies from the wet market or mini markets need to get the necessary approvals and must ensure that the workers have undergone Covid-19 swab tests, ” he said. Covid-19: Sepang Municipal Council launching hotline on Aug 2 for those seeking aid
As funeral services such as transportation of remains and burials can be costly, several groups are helping the poor attend to these matters safely for free
MBSA mulls idea of helping to pay needy residents’ bills
Confusion over appointments received from two different apps
More than 200 at Kajang council urged to get jabs through Selvax programme
Council to issue temporary licences to help them survive
Volunteers briefed on burial SOP for Muslim Covid-19 patients
Senior citizens can ‘walk in’ for jabs at new PPV from Tuesday
Outbreak of Covid-19 among poultry sellers leads to market closure
Free meal packs offer lifeline to Taman Johor Jaya’s needy