DBKL: Part of Jalan Maarof in Bangsar to be closed for two weeks after cave-in 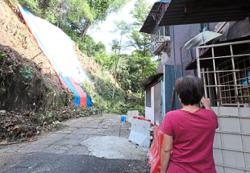 Repair works along Jalan Maarof, Bangsar in Kuala Lumpur will likely take two weeks after part of the road caved in following a downpour on Saturday (May 1).

he road since yesterday from 10pm until 5am to facilitate repairs.

“Two lanes at the stretch from Public Bank to the traffic lights along Jalan Maarof was closed to pave the road surface.

“One lane was reopened to motorists after paving the road surface while another lane, where the cavity is located, will remain closed for another two weeks,” it said in a statement.

Photos of the damaged road surface and the appearance of a “cavity” along the road had gone viral on social media.

Lembah Pantai MP Fahmi Fadzil also tweeted about the incident yesterday and urged the public to avoid the damaged road.

He also said that the road, which was damaged at numerous locations, was likely due to water overflowing beneath the road surface because of the culvert wall collapse.

“I suspect that the collapse of the drain culvert wall had led rain water to gush all over, including below the road.

“The gushing water must have caused the road surface to pop up at several spots.” 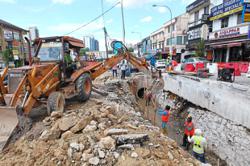 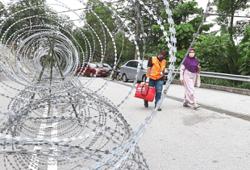