The impact of Covid-19 and the MCO are being felt by traders. — Photos: YAP CHEE HONG/The Star

PASAR Besar Jalan Othman in PJ Old Town is not as bustling as before.

StarMetro visited the wet market, the oldest in Petaling Jaya, recently and found that although most traders manning the stalls were locals, there were fewer visitors.

The place was not as packed as compared to a year ago, when visitors had to squeeze through narrow walkways.

Also known as Petaling Jaya Old Town market, practising physical distancing here is not as difficult these days with fewer people in the building.

The first floor, where fruit stalls and sundry shops are located, appeared to be mostly unoccupied.

“We are seeing a 50% drop in customers and that means a reduction in income too.

“The lack of a crowd is partly because of the many movement control order phases, ” he said, adding that bad weather and floods in other states had affected the supply of goods.

He added the restaurant business had taken a hit during this period and as a result, market traders were feeling the impact.

“We are like an ecosystem that relies on different businesses.

“When the restaurants close, we are affected too, ” he said.

Sathiyaseelan said the Petaling Jaya City Council (MBPJ) had implemented strict rules and were also conducting regular inspections, so those who could not comply had closed shop.

“Many have moved out and set up elsewhere. There was a trader operating for 40 years here who decided to open a mini market somewhere else, ” he said.

The shortage of manpower had also played a role.

He added that many shoplots on the first and second floors were unoccupied possibly because traders did not want to open during this MCO period.

“Many older customers are not coming to the market but we do see some new faces, ” he said.

Area councillor Ermeemarianna Saadon said foreign workers in the market would flee each time they see her walk into the market.

“They know my face and run when they see me. They are there but not as many as before but some are still managing the shops, which is prohibited.

“Documented foreign workers can only be employed as cleaners.

“The problem is when they conduct sales transactions, ” she said.

The vacant lots could be due to those whose licences were revoked, he opined.

However, Mohd Sayuthi said the weak economy may also be a factor.

“Traders may not want to do business during this MCO period, ” he added. 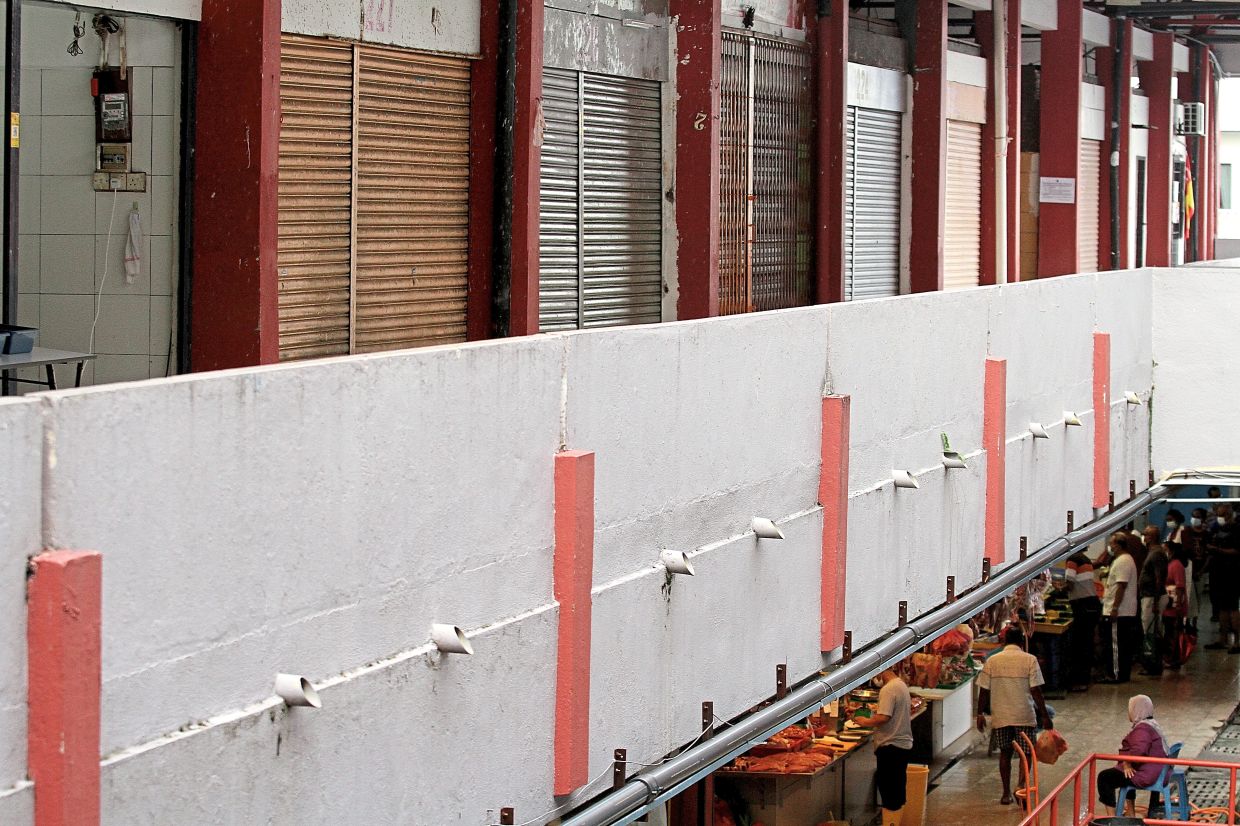 Shoplots on the first floor of the PJ Old Town market are mostly closed.